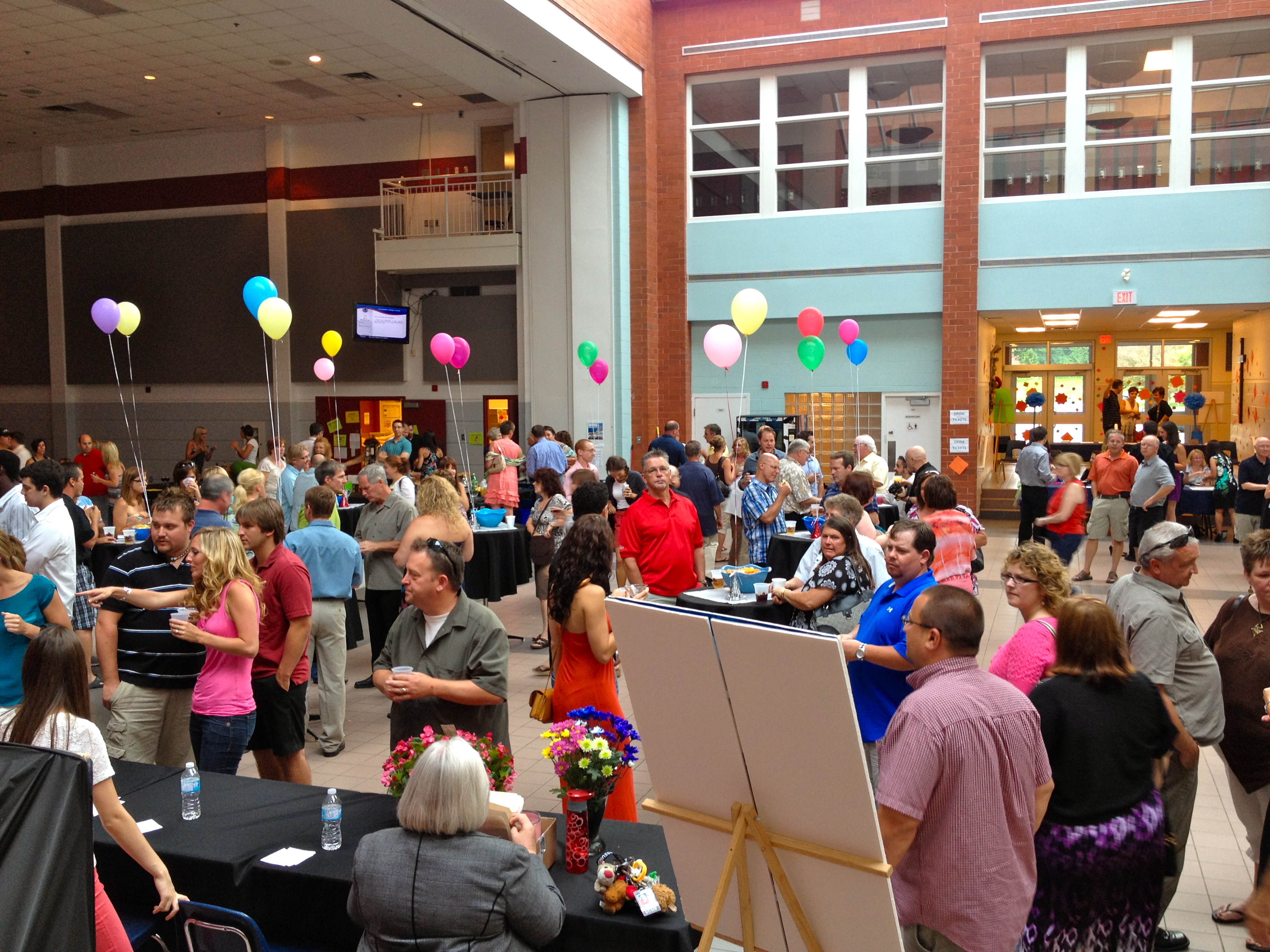 1992 wasn’t the easiest year for Brantford. Massey Ferguson had closed about four years prior which had a very large, negative economic impact. The adults around me at the time talked about that a lot. I went to Our Lady of Fatima elementary school where we went from selling expensive gifts and chocolates the year before, for our annual school fundraiser, to selling popcorn door-to-door. It was harder selling $1 bags of popcorn than it used to be selling $25 or more worth of items in the previous years. I remember telling my mom that it seemed more depressing that year when people opened the door and that I felt sad asking for fundraising. Sometimes middle aged men would tear up and tell me they just couldn’t afford it. I wasn’t used to that because it had almost always been either women or seniors who had been answering the doors. Later I realized that a lot of the men had been laid off. It was a hard, bitter time for many.

When they weren’t talking about the local and national economy they seemed to be talking about their hopes for the Brant Southern Access Road. Those hopes, depending on who you talked to, were that it either wouldn’t happen or that it would happen and it would be the thing that would make Eagle Place and Downtown bounce back. The other major thing the adults kept talking about was the abductions of Leslie Mahaffy and Kristen French in St. Catherines. There was a rumour that one of our teacher’s at Fatima had actually taught Kristen French. None of us were brave enough to ask him. We knew what had happened but couldn’t fully understand it or comprehend it. We just knew it was scary. There were serious talks at dinner tables. Parents would either turn off or turn up the news when the story was on. We had all these new street-proofing programs at school. The warnings to stay safe and not be out late seemed unrelenting. As a kid you just thought your parents and teachers were trying to hem you in but as you grew up you understood that it was just because they cared.

To say it felt like a gloomy time would be a gross understatement. Hope doesn’t always spring eternal but if you look for it hard enough you can find it. For the young people I hung out with, there seemed like there would be a little bit of hope if we could get into this new school we had been hearing about.

Frankly, I don’t remember if Assumption had even been officially named yet but I remember all the rumors. I had the inside track though. My best friend was a kid named Tim Forte who was two years older than me and started at Assumption in 1992. I got all the scoops: We’d have to take a bus! It was going to have marble floors! There would be skiing! It had 4 gyms! It was air-conditioned! There was a rugby team! What the heck was rugby?! It was out in the country!

Yes that last one might surprise you if you’ve moved to Brantford more recently. Shellard’s Lane was quite a ways out from the idyllically named Strawberry Lane which was at the time the closest street with a cluster of houses on it. Back then, Assumption was surrounded by fields as far as you could see. In a region that sometimes sees a bit too much division between the county, the city and Six Nations, that was something Assumption did right. When I went Assumption there was an interesting mix of kids from Eagle Place, Echo Place, East Ward, West Brant, Brant County, Waterford, Princeton and Six Nations. My grandfather had nicknamed me “City Boy” but I remember fondly the mix of urban and rural voices that we don’t get as often as we should as adults.

Now the area Assumption sits on is one of the more populous and developed suburban areas in town. My high school sweetheart lived in the first row of houses built on Killarney St. She was one of maybe 5 students that actually walked to school. That is how little development there was out there. A popular meeting spot was a big tree on the corner of Shellard and Conklin, now the kids eat and hang out at Goo’s Take-Out. As the years went on more and more houses would pop up, then streets would follow. The alumni who are my age still remark at how different it is out there when visiting the area. Assumption felt remote and that was a part of its charm.

That remoteness created an environment for some pretty deep friendships. When Maria’s Pizza felt like a jaunt, you were stuck to make the best of it. There seemed to be less organized activities in Brantford at the time, and the school more than made up for it with multiple events every month like dances, movie nights, coffee houses, fashion shows, plays and music nights, from the classical to the cheekily named Lionpalooza. I remember one school dance we had where over 1000 people attended when the school only had about 1200 students. That means nearly everybody came unless they had to work. The student council at St. John’s couldn’t believe we had that kind of turn out.

Another part of the schools charm was that it was nice. At the time, it was the kind of school where I clearly remember some of the cool older kids actually getting mad at anyone who would try to vandalize. Imagine hearing a big, tough Grade 12 tell a younger kid to “knock it off with the vandalism, we have a nice school!” We were given something nice and we knew it, we wanted to keep it that way.

When Assumption first opened there were parts of the school that were still undergoing construction. Major hallways weren’t even usable. When I first started there in ’95, the school had no portables. Then it had 3, then 6 and by the time I left, there were so many, it was dubbed Portable City. Today, the school has grown to the point it actually has a 3rd floor.

Despite being a fat, poor and awkward kid, I had a really positive experience at Assumption. It was my learning place but I don’t want it to seem like it was always idyllic. High school is rough no matter how nice some people are. There were fights and bullies. There were really nice girls, who are now amazing local successes, who used to eat their lunch in the bathroom because they were afraid of how they’d be treated. I remember vividly the threats to kids who were different, especially kids who might have been gay. There were tragedies too. I know teachers, alumni and community members who are still deeply affected by the loss of young people like David Holle who were taken too soon. I’ll never forget holding the hands of my friends Dustin and Marianna at that funeral and all of us crying. When tragedies like that happened at ACS, and there were too many of them, it was like the entire school had been kicked in the gut. But even in those times of sadness, when people walked hunched over and shuffled from class to class, you could always go see our chaplain Mrs. Plomely, or talk about the meaning of life with Mrs. Finnie and Mr. Rourke, or do what I always did, and share stories with Mr. Olech who always had the right words and experience to give you a little perspective.

We had a priest named Father Joe who used to teach us math using Karate. You can’t make that up. We had teachers like Susan Dignan, Dave Allen, Darlyn Burroughs and Richard Ainsworth who taught you how to use your voice and how to get the right thoughts out in a way that would actually be heard. As you got older, if you paid attention, you could learn a lot about organizing from people like David Page, Carol Poremba and Rob Campbell. If you needed help there were counsellors like Marion McCool, maintenance staff like Gary and Leslie or even police officers like Dave Sinclair. Secretarial staff like Mrs. Dugas made it fun to be in the office, even if you were in trouble which I have to admit I sometimes was. I can’t name everyone, but there were some pretty great staff there. Still are. There are still 16 teachers left from the original staff. That says a lot about the quality of the school right there.

Recently, I had the chance to attend the 20th Anniversary Celebration for the school. It is nice that we have occasions and anniversaries where we can celebrate the legacy of education in our community. This celebration felt special. ACS still looks to be in great shape and it was great to see some of the people who supported that school very early on, like Frank DiFelice and Mike Moore, are still there lending a hand when needed. It’s amazing what 20 years can do. Back when I was a student we didn’t have alumni. Now you bump into them all the time. Many of them are making things happen in the community. Sometimes we share old stories and a laugh.

There are several high schools in Brantford and all of them have fascinating stories, interesting alumni and staff who’ve made a difference. I’ve been lucky enough to spend significant time at each of them as an adult, either as a social worker or a community organizer working with youth. One school isn’t any better than another and each have their own character. My time at Assumption helped shape mine. Go Lions!