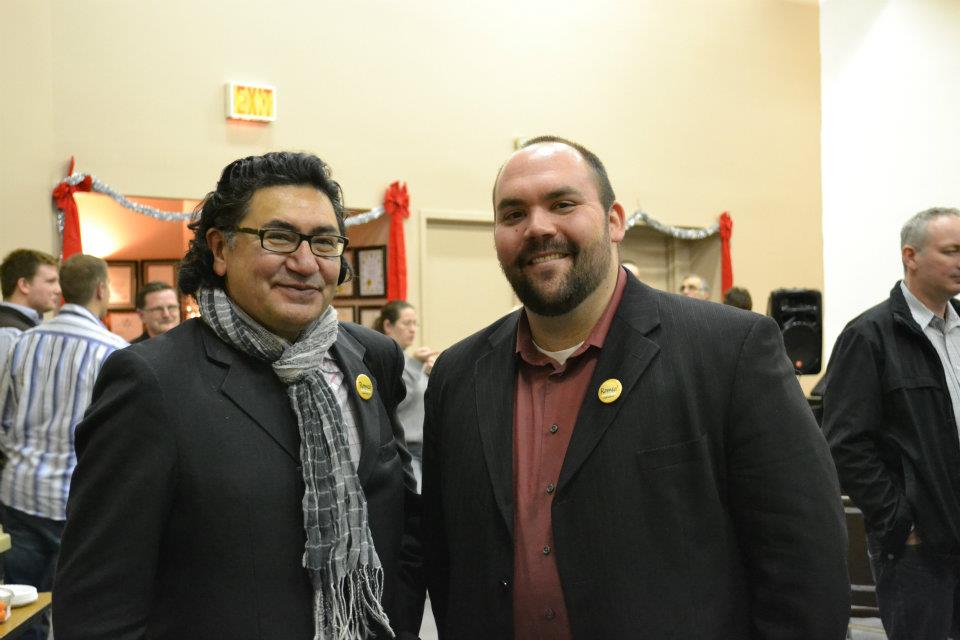 One of my favourite film moments is from the last Rocky Balboa movie. Near the end of the movie a weathered, nearly beaten, punch drunk Rocky gets knocked down during the fight by his opponent who, according to every boxing analyst, outmatches him. Rocky’s down but not out. He thinks about something he had told his son in an earlier scene, “What is it you said to the kid? It ain’t about how hard you hit, it’s about how you can get hit and keep moving forward. How much you can take and keep moving forward.” And with that, the old fighter gets up for one last round. He doesn’t win the fight; the last Rocky movie ends with Rocky, a loser. But when everyone had counted him out as the longest of long shots, he exceeded everyone’s expectations and ends the fight on his feet, head held high and swinging. There is something incredibly satisfying about that.

Now me, I’m no Rocky. I’m just a poor kid from Eagle Place. I have never boxed in my life but, from my recent past, I know what it is like to fight your heart out and lose in a very public way.
You don’t often hear the story a year later about the guy who loses an election but I think it is about time to share it. During the May 2nd, 2011 election I stood as the NDP federal candidate for Brant. We gained over 7000 local votes from the election results of 2008 for a final tally of over 16,000. To put that in perspective our current MPP for Brant, Dave Levac, who is now Speaker of the House also received about the same number of votes. Quite an accomplishment when 2 years prior to the election, at the beginning of my campaign, many ‘In the know’, mostly from other parities, told me I’d be lucky to get 5000 votes in total no matter what myself or our local team did.
“It’d be a miracle for a 28 year old candidate to beat a former MP and the current MP.”
“I’m sorry to tell you this but an NDP candidate will never be in contention in Brant again. The Derek Blackburn days are done.”
“I’m a strategic voter so I have to vote Liberal this time.”
“Marc, you’re crazy.”
I heard it all and they might have even been right about the last one but something else happens when you are a candidate in an election. Yes, you hear lots of negatives from the arm chair analysts about your prospects and how you have to do what the other candidates from the other parties have always done to make any electoral headway, etc.
Then something amazing happens and you start hearing about things that matter. You begin to hear directly about issues from the people of the riding. At the doorsteps and at community events, you find out about the struggles and triumphs of local people. It’s the best part about being a political candidate. It’s one of the reasons I helped to start this publication. There are so many stories in this community that so rarely get heard. It’s been incredibly rewarding to help create a platform, in the Brant Advocate, for people to share the important and sometimes heartwarming stories that make up our community.
In politics, far too often the person who loses slinks away to lick their wounds. Public failure can be embarrassing. But I think I have the right outlook about it. Simply put: you don’t win every fight and you can’t expect to. In the effort to make positive change you will fail, but you must be able to dust yourself off and keep moving forward.
I’ve been lucky to have mentors, like former Brant MP Derek Blackburn who lost a few elections before winning his next seven. Most people forget that when Jack Layton ran to be the MP for Rosedale in 1993 he placed fourth. He ran again in 1997 and lost again by a wide margin before finally becoming an MP in 2004 on his third try, despite years of success as a municipal politician.
After the 2011 federal election, I made a promise to this community to keep working. I thanked the voters and my great team of volunteers, took three days off after nearly two years of running then got right back at it.
I jumped right back into my work as a social worker in the community, I started a successful small business and joined many volunteer boards that do great work to make the area better. I started meeting with others who wanted to create change and helped them use levers other than politics to do so. I’ve continued to organize events and volunteers around progressive local movements: some political, some non-partisan. In the fall I will begin teaching at a local college and I could not be more excited to give back in that way.
Failing publicly hasn’t deterred me from being active in the community and trying to help in the ways that I can. I’ve been active in politics since I was 14 years old when I advocated successfully for changes to the local transit system. Since that time, I’ve won some and I have lost some. It’s ok to lose as long as you learn.
This poor kid from Eagle Place has learned a lot. Most importantly, that it is imperative to dust yourself off and keep doing what you think is important. Rocky’s right: sometimes it is about how much you can take and keep moving forward.
Like Rocky, I lost a big fight in the last election, head held high and swinging. I didn’t go slink away to lick my wounds. Instead, I kept working. You can say I’ve been training hard for the rematch and who knows, like any budding pugilist, I might get the opportunity to go another few rounds in the future.

One Reply to “Losing & Learning: A Year in the Life of a “Failed” Candidate (Marc Laferriere, @MarcLaferriere)”