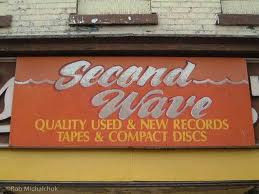 Traveling around when I perform live I often get asked what the scene is like where I come from.

When I talk to people in larger cities, and tell them I grew up in a small farming community of a couple thousand called Burford, I get some odd glances. Then, when I explain that I spent most of the other part of my life in a small blue-collar city called Brantford, I get more odd glances. The folks I have talked to find it odd that I perform the type of music I do from where I come from; the music I play leans more towards the experimental side of things, but not limited exclusively to.

I am also regularly asked about how I found out about music and styles. I like to think that I grew up in a time that was near the end of when you could truly still be isolated from the majority of the information in the world. Of course, I’m talking about the popularity of the Internet and the phenomenon of being online and finding information instantaneously that you would have a real hard lengthy time finding without the use of it. Sure in the past you could mail people and bands you read about in some magazines to find out more, but the instant gratification of the Internet makes things so much easier to find these days.

For me growing up with an independent record store called Second Wave in downtown Brantford had a lot to do with how I found out about different forms of music. If it wasn’t for the owner Paul Evans telling me that some of my pops and clicks on my alto saxophone reminded him of John Zorn, I don’t know where I would be today. It is awesome to see that atmosphere happening again in downtown Brantford with Mixdown Records and Tapes.

Some really great conversation had come out about my hometown when I brought copies of the Advocate with me on a small tour into the eastern United States. Spreading the opinions and thoughts of Brantford around to cities like Brooklyn, Boston, Philadelphia, and so on, I found more people really wanted to talk to me about where I come from. The long drives between cities really made me think and ponder writing this opinion on what it is like to be an artist in Brant County. Are there unique hurdles with being in this area? Are there unique sounds, venues and anything else music related that is Brantford, aside from someone singing about their own hometown?

My background to think of such questions comes from performing live locally and abroad consistently since 1994, never really in any group that is too popular. An early bout in a band called Cartoon Khaki during the 1990’s taught me that punk rock isn’t about leather jackets, mohawk haircuts and listening to hardcore. Our band’s form of punk always seemed to be on the outside of things during the time it existed. All the time spent in that band gave me thoughts and experiences that I would find very inspirational later in life with my current musical and visual arts projects. I find keeping an open mind to sight and sound beneficial, but enough about me.

Performing music and art in Brant can be a lonely thing. You could bring the world to Brantford, but does the world really want to listen? You could be a proud citizen, but you have to be honest and realize that this community just isn’t New York City. So how does Brantford’s little foot print make it interesting? We have a unique position of being isolated, which I feel makes me want to persevere creatively. It makes me want to get out and explore and propel.

Is the drive stronger with isolation? Brantford is a cut your teeth kind of town. That phrase was alluded to a couple times in music interviews I did with people on complete opposite sides of the musical spectrum. Over the years, I have seen a lot of talent give up completely or never grow, and be contained like a bonsai tree in Brant. Isolation can create some unique artists and opinions about the area; geography shouldn’t be a boundary for them though.

Lately I’ve been proud of where I’ve come from, and it wasn’t until I left the city to perform that I’ve felt this way. Sure you could go into a larger city and be overwhelmed by the flash and pizzazz, but personally I feel a little swamped by it. Majorly inspired, but swamped. I’m glad that I’ve had the chance to grow as an artist in Brantford. I talk about Brantford to the people I meet near and abroad, and it seems reassuring to know that your geography has no bounds on your creativity. Wherever I go there is a piece of this town available to someone, literally or fugitively in some historical rant or theory, and yes, the art and culture too.

I write this to pose theories and conversation about what it is to be from Brantford or any other small city like it. I also write to say from my own experience, coming from Brantford isn’t all that bad. I found it nurturing.

One Reply to “Made in Brantford – by Rob Michalchuk”