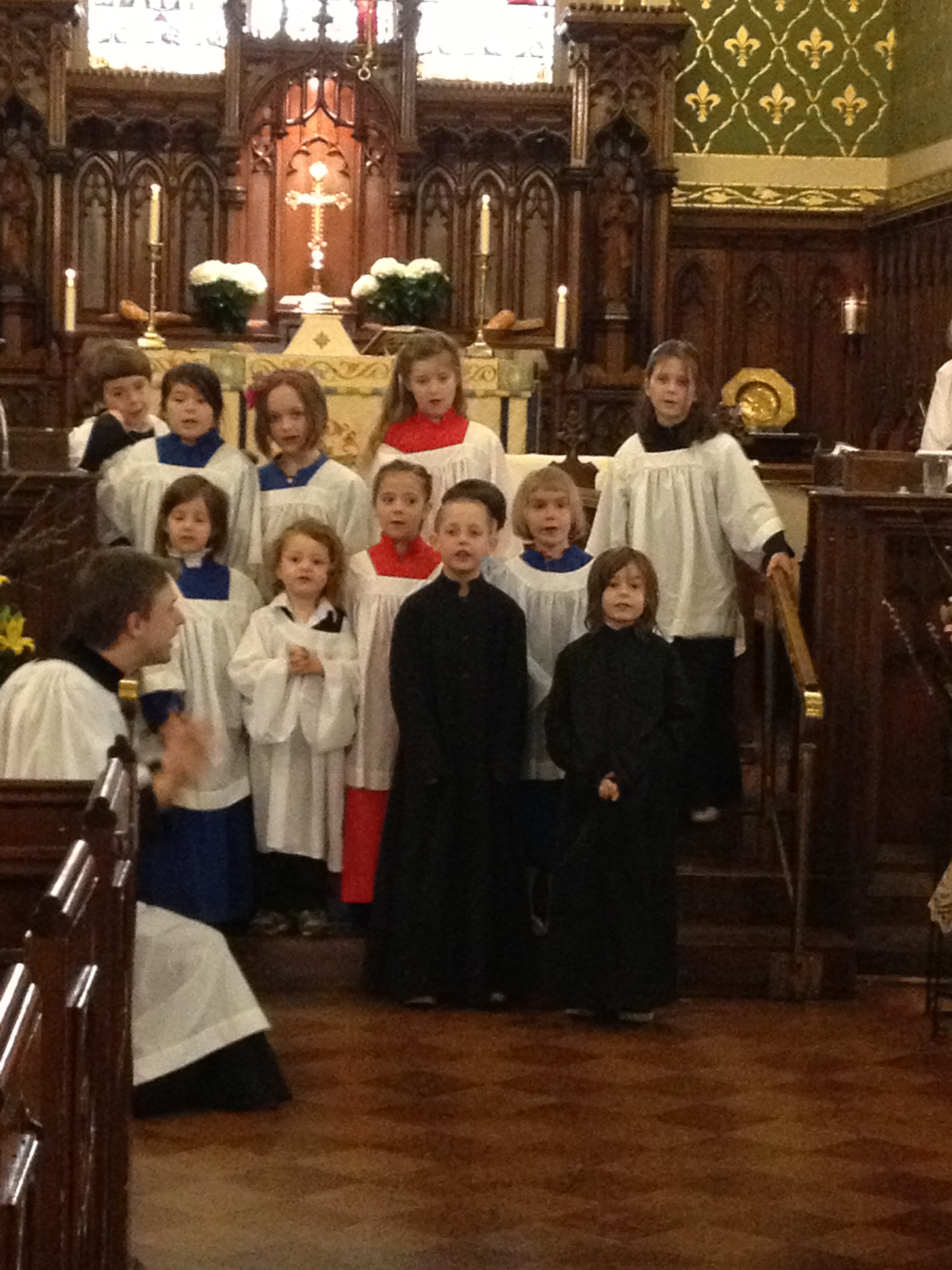 Anyone who knows me knows I love to sing. Everywhere I go throughout my day I unashamedly hum, sing, whistle and chant. Yes, I’m that person. As music director for Counterpoint Church in downtown Brantford, and Bell Master for Grace Anglican, music is a part of my every day. Yet it hasn’t always been that way. Although I come from a musical family on a whole, neither of my parents played an instrument. Nor did I take music lessons as a kid. I never participated in music class at school and I thought the piano was ‘for girls’. It wasn’t until I was about thirteen or fourteen (long after the prime age to begin learning music passed, apparently) that I found myself on a piano bench at my grandmother’s house seated beside my incredibly gifted Uncle Andre. Watching his fingers run up and down the keys like dancing devils performing pirouettes of prestidigitation that day, at that time did something magical to me. He was there, a self-taught musician himself, at a teachable moment in my life. What I saw and heard him do had put everything else in life into perspective. I thought if I could do that I would have a voice, a friend and a purpose to set my mind to that made sense to me. I remember that as the hour the fire of music was lit in my soul. There we were: just me, Andre and Bach. I wanted my fingers to do that dance. I was in love, and everything else in life moved into the periphery and music reigned supreme.

Almost twenty years later I am now moving into the second year of a children’s choir I began last winter with the help of some talented friends. This is no ‘Kings College Choir’; these are kids having fun singing (sometimes screaming) sea shanties, Pink Floyd, medieval music, sacred music, popular music, etc. The trick to learning music is to learn music you love, music that makes you excited and want to be a part of it. I was amazed at how fast these young people learned a tune. Within a few weeks they were singing in two parts with basic harmonies. There is nothing more enchanting under the sun than hearing children sing in a beautiful setting such as where we hold practice in the bell tower of Grace Church. This is something I never once believed I would be able to do in my life, yet it is being done because someone at the right time and place was there to introduce me to music and unlock a passion within me many moons ago.

We need people along our way to take an interest in us, to challenge and encourage us, to tell us we did a good job. Most especially, when we are children, though even still when we are adults. I have even bigger dreams for this year and I thank my stars I have mentors around me that believe I can achieve them. I dream that not only children will come to the choir, but that their parents will come as well. I dream of a folk choir in Downtown Brantford made of family and friends. One where we replace traditional ‘soprano\alto\ tenor\bass’ sections with ‘mother\father\children’ sections. An hour and a half of laughter, singing and community engagement every week with no need for a babysitter. An amateur choir made of ordinary people who may or may not believe they can sing, but are learning that it doesn’t matter.

Here is a little secret and a few little facts

1. Everyone can sing. It is your birthright as a human being. I am constantly amazed by the amount of people who believe they cannot sing. Often they were told so as a child and simply ended up believing it.

2. Did you know that the health benefits of singing in a choir are equal to that of practicing yoga?

3. Did you further know that within the time it takes to sing a few songs together the hearts of an entire choir will beat in sync with one another?

4. Also, performing improvised music is the only activity known to us that uses every area of the brain simultaneously.

There is nothing else that engages and unifies the body, mind and spirit more than group singing. I have never met a person who felt worse leaving a choir practice than when they arrived. It’s free medicine for the masses. Yet, we are living in a highly commercialized culture that teaches us that if we are not ‘good enough’ to make it past Simon Cowell on American Idol, then we should simply be quiet and leave it to the Professionals. A culture that cuts funding to music and arts in our schools. A culture that reduces music to a spectator sport that only the elite and trained can take part in. Little by little I feel like something is slowly, subconsciously being taken away from us that has been elemental in our physical and spiritual group history since the dawn of time. Whether working or playing, worshiping or cursing, lamenting or rejoicing, singing gives us language to express alone, or in a group, the mysteries within us that otherwise can find no voice.

This is an invitation to singers and non-singers alike. Family, friends and neighbours both young and wise: beginning Tuesday, September 17th at 7 pm in the beautiful historic Grace Church in downtown Brantford, join us for this community choir project for amateurs, led by amateurs. Where we tinker not with musical excellence, but foster participation, growth and community through group singing. I am less concerned with the outcome of our efforts than I am with that which we create together, and that it be true, honest and life giving. If any still small voice within you is saying that this would be something you would like to try, then I challenge you to come out, bring a friend, bring your children and dare to raise your voice. Let us create a space where not only our children can find their voice, but where adults receive a second chance to claim that which is rightfully theirs as well.

If you or your children, or you and your children, would like more information concerning the choir please contact Ryan Van Dijk at worship.arts@counterpointchurch.ca