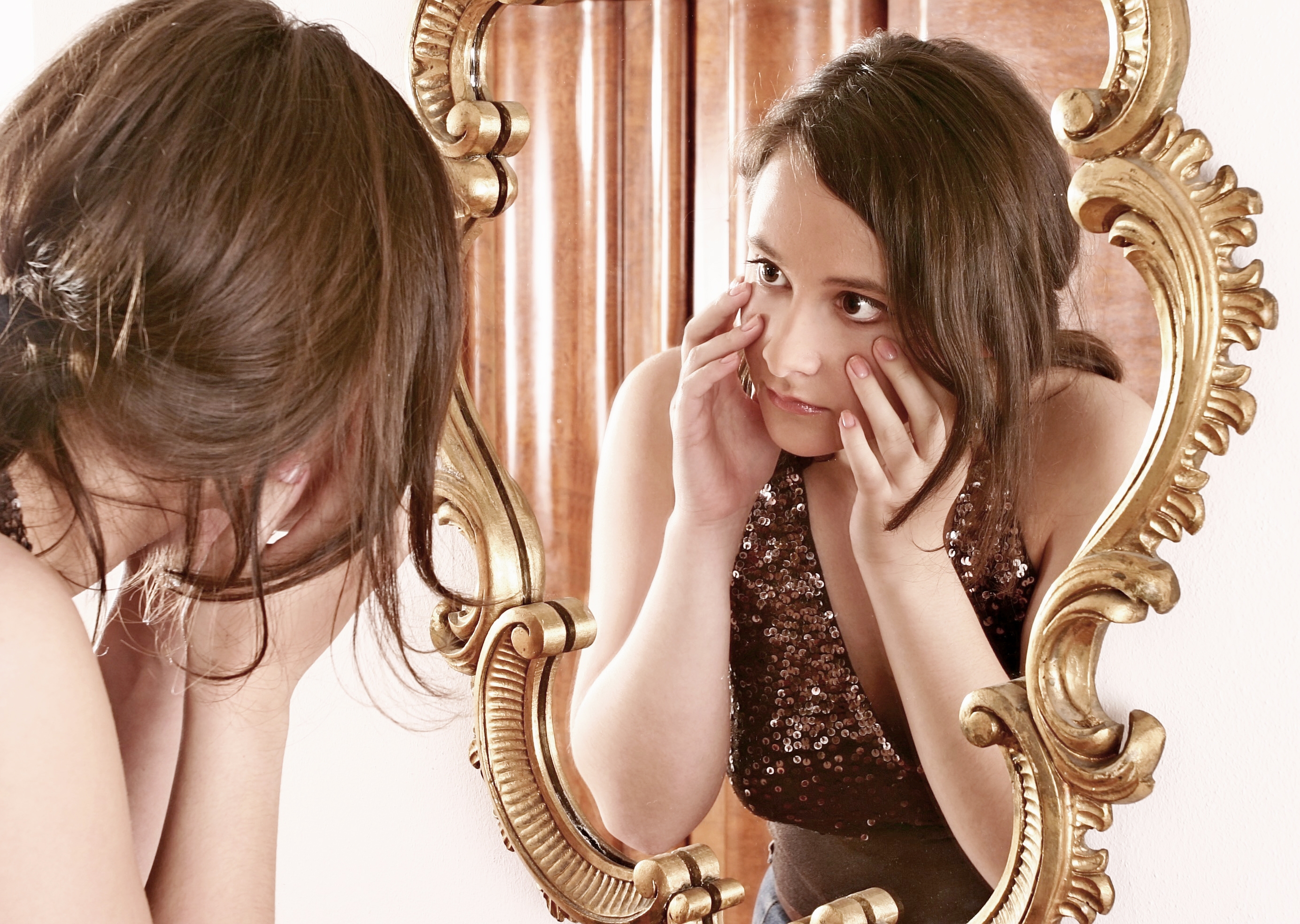 If our mirrors could reflect what was inside of us, would we have a different perception of what we looked like? I can’t ever remember being in the fitting rooms of a boutique overhearing a woman distraught over the size of her heart, or wishing that the dress she was trying on came in a size that fit her personality.

I have spent my entire life supporting our economy to keep up with my ever fluctuating weight. And in that process, I have had many a meltdown, breakdown and, of course, the occasional triumph. I am the first to admit that how I look on the outside quite often reflects how I feel on the inside. But is it as important? Definitely not!

As a young girl, I felt constantly compared to my older sister. She was petite, thick dark hair and always seemed so popular. I was taller than her, curvier in shape and had hair that seemed to have a personality of its own. When she was wearing a cute Ocean Pacific bikini, I would wear a terry towel beach cover up over my one piece to disguise the body that I didn’t feel measured up.

As I reached adulthood, I still never felt as though I was, what was considered to be, beautiful. I had had three children by the age of 21, and that certainly didn’t help with battling my ever fluctuating weight. I had tried crazy diets, and occasionally would go on a fitness jag in an attempt to look the way I thought I should look. But how was I supposed to look. Who dictated this? Was it me, the people around me or perhaps the media? I don’t think that there is any real clear cut answer to that question. Or is there?

I remember being in an Old Navy with my daughter and running into an old friend with her little girl. As the two of us chatted we both noticed that both our daughters were red in the face. Tracy’s daughter was long and lean, and my daughter was much more average in proportions. Yet both girls were dreading the experience of trying on the chosen pieces of clothing. My friend’s daughter thought that she was too skinny and hated her knees, and of course, I’m sure my daughter had her own reasons for not thinking worthy of loving what she was going to see in the mirror. At that point it really and truly hit me. No matter what we look like on the outside, unless we are confident on the inside, it doesn’t matter. I realized that the focus of conversation with our friends and our children had to be more about their personality traits; not their appearance.

I just recently participated in a Facebook chat. A young mom posted that her very tiny 6-year-old kept saying that she was fat. All of the other moms that commented were blaming the media and the mean girls at school. I must admit, I had to battle with myself to hold back from commenting. After a few minutes of thought, I decided that there really was a point that needed to be made. I asked these moms to think about their own actions. Why were they blaming everyone else? It’s not to say that they are bad mothers because they are not. But do we ever stop to think about what we say on a daily basis?

When you run into a friend that you haven’t seen in a while, after you exchange hellos, what do you say? Don’t you look great? What if they didn’t? Would that conversation be over? And when we take our family for ice cream, as we finish devouring that triple scoop hot fudge sundae do we say, “Oh I really didn’t need that, it’s going to go straight to my thighs.”

All of these kinds of comments are contributed to why we all put so much pressure on how we are perceived to look, or feel, about ourselves. Now don’t get me wrong, I fully support healthy lifestyles. I love to keep up with the latest fashion trends, and completely enjoy indulging in manicures and pedicures and all that fun girly stuff. But, it’s all about a balance though, because without feeling as good on the inside, that entire gift wrap on the outside is in vein.

We have a responsibility as adults to make the inside count more than the outside, and that starts with setting the right example. We find reflections of ourselves in our children every day, and they have to be the right ones. We need to help them nurture the beauty inside them, rather than put pressures on their physical appearance. Let them decide what makes them feel beautiful instead of having mom tell them. That’s how we can help find the balance to make sure that when we look in the mirror our entire self is beautiful.