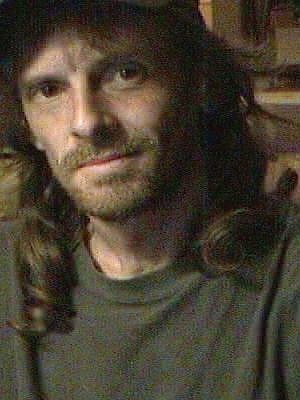 I’m starting to think we have too much reactive activism. We’re taking too long to become proactive. I remember there was a point where everyone was saying, “Wtf?… it’s all coming too quickly. The more we fight back, the more they heap on us.” Since then, the larger groups have carried on as best they can. The NGOs and the fringe political parties, and some of the larger, stronger, more progressive community groups have all done fairly well with keeping up momentum within their circles. But, many of the smaller groups, and individuals divided by geography, mobility and other hurdles, have experienced increased frustration and often feel defeated before they’ve started. Many areas don’t have a strong history of activism, and they need a good boost. We need to be more supportive of these smaller groups and their challenges.

Now of those thoughts, I see the primary as being the shift to more proactive activities. Many of us recognize the risk of opposition, as the energy we put out is what we attract. Beyond that, in smaller communities, or regions in which less critical thinking happens, or which experience a simple disconnect from everything that is happening in the world today, there is the challenge of even opening the eyes and minds of those yet to start challenging the perspectives presented to them on their television screens. More so in these cases, but in all things, providing a positive energy for others to be drawn to will always be more successful. There is only so far we can go while only in opposition. A shift to solution based activism would provide a wider demographic with an avenue to express their discontent, while avoiding negative energy. People of all levels of awareness are drawn to “the light,” or positive energy. As a convenient side effect, the more of this that occurs, the easier it becomes to visualize the paradigms we wish to create, and the world as we’d like to see it.

Just as important is what I see as a real need, to stand with our neighbours who may be a little more distant. There is still too much ego in activism. It doesn’t make sense. Occupy Wall Street started with the idea that the 99% of humans who currently live in a society designed by some 0.000000065% of the world population, or the “1%,” need to stand together and shift the balance of power before any of us can achieve the social changes we envision. The ideals were adjusted, and to some extent, co-opted in many areas where the Occupy concept was embraced by groups of various sizes. But, the original concept still holds true. “Divide and conquer” is still working.  All our efforts, divided as they may be, are being stifled by that same small 0.000000065% of the population who believe they know how to run the world better than we do, and the sooner we recognize that, the better. When people in the next town over have an event for outreach, we should all be going to find out what they’re dealing with. Masses of people who are concerned with what might be happening tend to cause improvements. Even in challenges that appear to lose to the status quo, great gains are made where wider coverage of the cause exists. The more eyes that are watching, the better the outcome is likely to be. One could argue that the wider the visualization, the clearer the result, but that would be a whole new entry topic.

So, I suggest that we start building a new future. The future will begin in a minute, no matter what time it is. Let’s begin deciding what that will look like. In so doing, we can leave the “real world” far behind as we craft a new reality. “Profit equals progress” is an outdated concept, and we need to start acting like it is. It is time to re-rig the system.

Read more from Roy at: http://alternativeparadigms.tumblr.com/