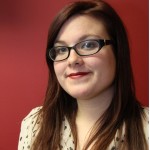 This is a story I’ve been dying to tell for a very long time–the tale of a boy named Max who finds himself born into a society of villains, and has to somehow discover for himself what’s right and what’s wrong. In this search I feel some camaraderie, because we are now in the age of anti-heroes, where people like Six Feet Under’s Fischer family, Breaking Bad’s Walter White, and Dexter Morgan are somehow sympathetic to the rest of us. It’s a concept that’s always made me think and question. So, I hope you enjoy this first chapter.

All Max could see was blurred green as the rasp of his gasping breath reverberated off the trees. Legs, wildly kicking, could hardly keep up with his barreling torso. Even on a private lot it felt as if there was no place to hide. The sun, directly overhead, burned like a hot spotlight illuminating his every twist and turn.

“I’m coming for you little one,” said a silky voice.

Max felt his heart plunge into the depths of his stomach. Clenching his eyes, he picked up speed, looking around for a place to duck, but there was nothing: Neatly cut square shrubs, arranged in lines like soldiers, young trees with thin trunks and sparse leaves, transparent as glass, even land and linear gravel walkways, without a dip or turn in sight. Everything was so infuriatingly perfect. His fried nerves pulsed as the pounding of light feet behind him grew closer and closer.

Her voice was as smooth as honey. His sweat grew cold. Her breathing was even, beautifully in rhythm. He stopped and turned slowly, sides splitting, muscles quivering.

Sonja whipped around the corner, into full view, dressed from head to toe in skintight black. She looked as ferocious as ever, with her deep brown eyes laser focused. Looking only mildly flushed, as if she were out for an innocent morning jog, she smiled the same toothy grin that always seemed to put Max gravely on edge.

Her eyes sparkled with mischievous delight.

With one fluid motion, she reached into the nearly invisible holster around her waist and pulled out a small disk. Flicking with her left wrist, a thin cord shot out and wrapped itself around one of the thicker branches overhead. Instantly Max knew.

“Sonja,” he screamed, and sprung into action, feet pounding in the opposite direction, but she caught him in a second. Both arms on the wire, she swung forward, twisting her legs around his neck, clasping with the power of ten hungry boa constrictors. He let out one defeated cough, as his muscles grew limp and he slumped to his knees.

“Surrender is not an option, rule number one.” She said rather cooly, squeezing him from behind.

Sonja could see him turning slightly blue, delighted she continued.

“Sonja,” Came a gruff voice from behind.

A rubber bullet ricocheted off of her shoulder. She dropped the cord and tumbled forward, frustrated and bruised. She angrily spit the dirt out of her mouth as she brushed her face and leapt back onto both feet with one angry, powerful motion, hands poised up, ready to fight.

“What was that for?” She stared daggers.

Max writhed on the ground, trying desperately to fill his lungs.

“I did it so you wouldn’t kill your brother. What did I tell you about hide and seek?”

Sonja frowned, “Nothing beyond a level three laceration, but Dad, he’s sixteen. He’s not a child. Besides, tomorrow he’ll be going to school. He’s going to have to learn the tricks of the trade at some point.”

Leo grimaced, “This may seem hard to believe, but for some people, daughter, dexterity and ruthlessness takes time. Now, we should all get back before your mother assumes you’ve  killed each other.”

Max was still sitting on the ground, eyes wide open and bloodshot.

Sonja ran up ahead incredulously.

Her brown hair whipped in the wind as she rounded her way back to the house, with as much speed and grace as one could imagine. For a moment, Max was taken in by her intensity, but it took only a second to remember the red impressions around his neck.

Leo, tall and imposing in presence, looked lost in thought. “Some of us are born with it, and some of us have to work for it.”

Max winced, “But Dad, even if I’m crap, at least you have Sonja.”

Leo turned, eyes aflame, “You’re my only son Maximilian, and that entails responsibilities. Fading isn’t an option, you aren’t ordinary. You must remember that.”

Leo smiled, “Why worry when life is so decadent?” Leo’s muscular arm wrapped itself around Max’s thin shoulders, “You have everything you could possibly need right at your fingertips. Haven’t I always taught you that anything is yours for the taking.”

With that the two made it back to the house. Old victorian stone work set against a magnificent green backdrop. Lush woods flourished behind them and a patio with a wondrous swimming pool shone.

It was an oasis; an oasis within an oasis. A grand estate with impeccable design, expensive landscaping and many a lush sitting area inside a gated community so large and well protected that the doors to Max’s home were never locked, and the curtains on his windows were never drawn. Of course, not everyone had this privilege. The Hudson’s next door had gotten their fair share of frights, many at the hands of his own family, but that’s what being part of the system meant. Leo was the tops, a king without a crown, an emperor without a designated country, a general without an actual fleet. For many of those that lived outside the sturdy iron gates of the city, there awaited a world guided by at least the guise of ultimate justice and law, dictated by rules of humanism and love, but that was not the world Max knew, not the life he saw everyday in Gainsville growing up.

Max closed his eyes and thought boldly, he certainly hadn’t remembered deciding even the tiniest detail, but the idea faded quickly.

Leo snapped out of his daze, looking down at his son, “Now run inside and get your things together. This is just the beginning Maximilian, how exciting!”