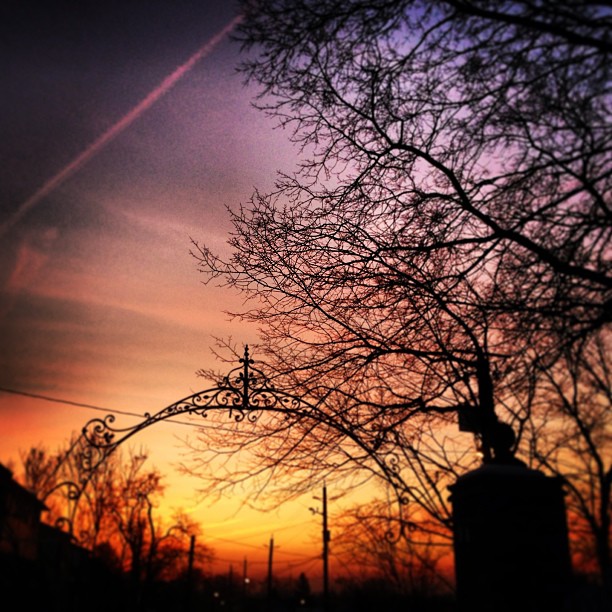 I’m relaxing with my dad, visiting, and my hands are busy with a knitting project. For the ninth time he asks me what I’m knitting. Nine times I’ve answered. Nine times, with the same answer. I pull a blood red, vibrant yarn ball from my bag and his face brightens. His mouth opens. “Now, THAT’s a nice colour,” he says. “Red is my FAVOURITE colour,” he declares.

I love red too, so we wax on a bit, visualizing the different tones of red, and recalling favourite things that are red, like cinnamon hearts, candy apples, and a particular kind of sunset that can stop a person in their tracks. The truth is, however, my dad has always been a blue kind of guy. He had closets and laundry baskets full of blue clothes when I was a kid, a blue sedan parked in the driveway, and several more over the years. But of course, everything is different now, and on this particular day, my dad’s favourite colour is red.

My dad, in this case, is the one in ten Ontarians over the age of 65 living with dementia. Having a loved one with dementia has inspired me to learn. I’ve learned that dementia is, technically, not a disease. Dementia is a group of symptoms, characterized by forgetfulness, and changes in personality, mood and behaviour. Dementia is actually the result of other diseases or conditions, such as Alzheimer’s disease. In fact, Alzheimer’s disease reportedly accounts for more than 50% of all cases of dementia. I’ve learned first-hand that dementia is both a physiological condition, and a relational condition: relational since it can deeply affect the family, friends and loved ones who inevitably struggle as they come to accept that, not only has everything changed, but that there is no possible way to know where this experience is headed.

I’ve learned that, although prevalent and on the rise, dementia is not unique to our time, nor to our culture. True to the medium, information available on the internet transcends time and space.

The World Health Organization reported in 2008 that dementia is now a global phenomenon, even more prevalent in North Africa and the Middle East than in North America.

Homer, Aristotle, Chaucer, and even Plato wrote about ageing and mental decline.

In France, the Latin word dementia translates as démence, and in Greek, morosis, which can also mean foolish.

In Hong Kong, the China Dementia Research Association Ltd. is scrambling to address the upsurge of dementia in the Chinese population.

In an August 2012 brief, the Alzheimer’s Society of Ontario reported that between 2012 and 2030, the total population of older adults with dementia is expected to increase by approximately 30% provincially.

My dad and I are kicking back, enjoying the peacefulness of a quiet room. “You know, I woke up this morning and I didn’t know WHERE the hell I was,” he says. “Yeah,” I say. “I’ve had that happen. How long did it take before you remembered where you were,” I ask. “Oh, quite a while…” his voice fades. “In fact, I’m still not quite sure where the hell I am.”

I’ve learned that, as individuals, although we will never know with certainty what life will bring, we can arm ourselves against certain forms of dementia. Dancing is supposed to help, as are mind/body practices that challenge and strengthen the neural circuitry, such as tai chi and certain styles of yoga. Physical exercise apparently protects our brains.

I’ve learned that what we eat affects our mental function, and that diet may be critical to maintaining brain health. I’ve learned that it might be worth the effort to struggle with those cryptic instructional manuals that come with the latest technology, or to turn off the GPS, pull out the road map and challenge my skills in an entirely different way.

I’ve learned that, although a person can forget that he just ate his dinner, he can still play pool, and rock the nursing home in a Wii bowling tournament. I’ve learned how to invoke and accept support from the community. I’ve learned that loving someone with dementia requires a radical new form of conversation, one rooted in the present moment, yet infused with memories from the past that evoke confidence, smiles and laughter.

I’ve learned the value of old family photos, silly childhood poems and old songs. I’ve learned not to make assumptions from one day to the next, and that a nice way to visit might simply involve sitting with someone who spontaneously falls asleep in their chair for an hour at a time.

So, when it’s time to leave, my dad and I embrace. He hugs me hard, and there’s a reluctance to separate. It’s like this every time. “When are you coming back,” he asks. I see the sadness seep into his eyes, and I feel it spill into my heart. “Soon,” I say, “real soon.” “You won’t forget, right,” he asks. I’m struck by the gravity of his words. And, because I’m pretty sure it’s true, at least for today, I say “I promise, dad, I won’t forget.”