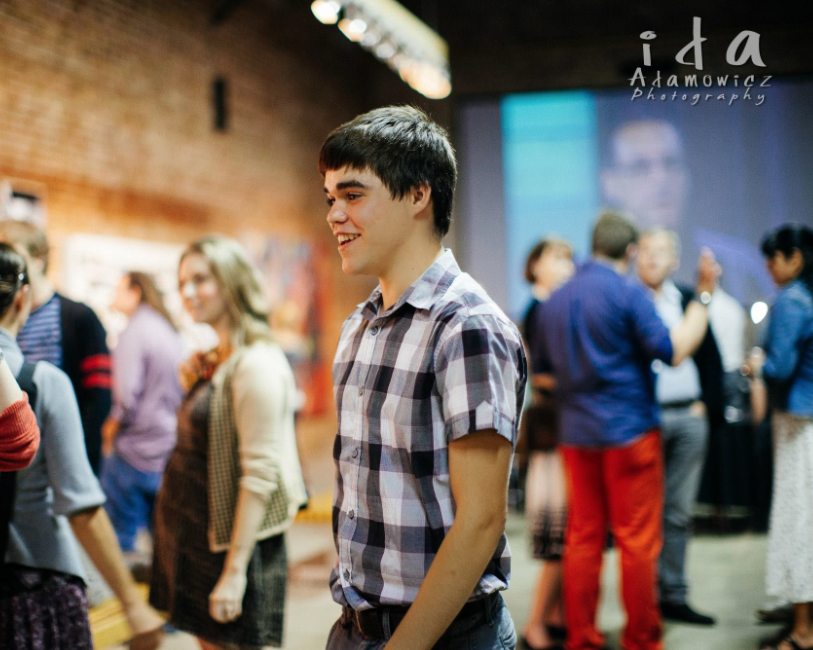 When I got on a coach bus to head to Flint, Michigan for a weekend of basketball, I had no idea that I was in for a bit of a culture shock.

The summer after 7th grade, I played on a basketball team in Hamilton for the CANUSA games (a sporting event between Hamilton, Ontario and Flint, Michigan).

Flint became the infamous topic of Michael Moore’s documentary, Roger and Me. A working class city, Flint’s economy collapsed when the auto-sector went under during the economic crisis. Flint had also been previously ranked the worst city to live in across America.

All I knew at 13 years of age was that I was heading to a city called Flint, and I would be staying with a player on the Flint basketball team and his family. This short trip has had a lasting impact on me for several reasons- none of them being basketball, which ironically was the purpose of the trip.

There are several distinct memories from this weekend that I don’t think I will ever forget.

When we arrived in Flint, I was assigned to my billet and I departed from the rest of the team. For the remainder of the weekend my billet’s family would take me to games and provide me with accommodations and food.

I remember driving to their house from the bus drop-off. We headed down a long road, and as I looked out the window, I watched as we passed boarded up house after board up house. I had never seen anything like it before. I thought that it was strange, but I didn’t really understand why. Eventually we got past all the boarded up homes and made it to my billet’s house. It was small, but seemed comfortable enough. My billet was very friendly, as were his parents, and they definitely acknowledged the way I spoke with a Canadian accent.

Another distinct memory I have from the trip comes from an evening when my billet and I walked down the street to a neighbourhood park with basketball courts. I remember seeing people look at me differently. Nobody said anything to me, but I could tell everyone was wondering who this white kid was. For the first time in my life, I felt like a minority. I didn’t face any racism, but I can’t say that I didn’t feel a little out of place.

Another event that was a bit of a “culture shock” occurred when we went to a roller skating arena. We were skating along, and a kid half-jokingly asked me for my shirt because it was a name brand. Back home, most kids in my class would have been wearing the same type of clothing, but here it was seen as something special. It was a very awkward situation, but I casually brushed off the comment.

The event that really gave me a major culture shock and really shifted my perspective was a conversation I had with my billet and his friend who lived in the “projects”. I had only ever heard about “the projects” in movies before.

The three of us were sitting in his bedroom and we were exchanging information. We wrote down our email addresses and phone numbers. My billet could barely write, which I thought was really odd. Throughout the weekend he had talked about how he had to choose which school to go to next year and how one of them was a bad school. It seemed that the education system wasn’t adequate, or a huge priority.

He and his friend asked to see my Canadian money. They thought it was pretty cool that it was coloured. Then they asked me if we have McDonalds in Canada and other random questions. (They liked fast food a lot.) It’s only about a 3 hour drive from Flint to Brantford, but they had never crossed the border.

But what has stuck with me most from this trip was when I was asked, “what does your dad do for a living?” I immediately responded, “He’s a teacher.”  His response: “Wow, your Dad must be rich!”

I really had no idea what to say at this point. I had never thought about myself as being rich before. None of my friends had ever called me rich before. I considered myself to be just like everyone else. All of a sudden my perspectives were being challenged.

I had a great time in Flint. My host family was fantastic and were a lot of fun, but it was also a learning experience. Since the trip, over 5 years ago now, I have had time to reflect on my experiences… and watch Michael Moore’s documentary.

Even though it was only one weekend, I caught a minuscule glimpse of what it’s like to live in the inner city of the USA. It’s a perfect example of glaring income inequality. My friend on my team was billeted with a kid who lived in the suburbs of Flint in a mansion, but I’m glad I ended up in the inner-city.

This trip opened my eyes to an entirely different culture. It taught me the importance of an education, and how fortunate I am to have been born into a middle-class family.

I never did get in touch with my billet after leaving Flint. However, a few months ago I had a random inclination to try and find him on social media. After searching for a few minutes, it didn’t take me long to find his name and picture online. It turns out he had gotten into some criminal activity and had been arrested.

My heart sunk when I found this out.

I don’t know where this kid is today, but that really isn’t the point of me writing this article.

This trip made me realize I had grown up in a little bubble.  Both of my parents have good-paying jobs with benefits, I live in a middle-class neighbourhood, and I’ve attended good schools. When this is the environment you grow up in, you assume it’s normal or that everyone else lives a similar life. During my trip in Flint, I realized how fortunate I really was. Through further reflection, I also felt a sense of injustice. Why is it that the education system in Flint seemed lacking? Why were there so many boarded up homes and an abundance of government housing? It didn’t seem fair, that many live with so much, yet others have so little.

I feel as if this trip provided me with a new perspective. It made me realize that we all come from different circumstances, and that we don’t all start on an even level. People are too often quick to judge others without understanding who they are and where they came from. Whether it’s in Flint or Brantford, socio-economic inequality is an issue that needs to be addressed. It can begin by leaving stereotypes, prejudices and misconceptions behind, and by all of us stepping outside of our little bubbles from time to time.