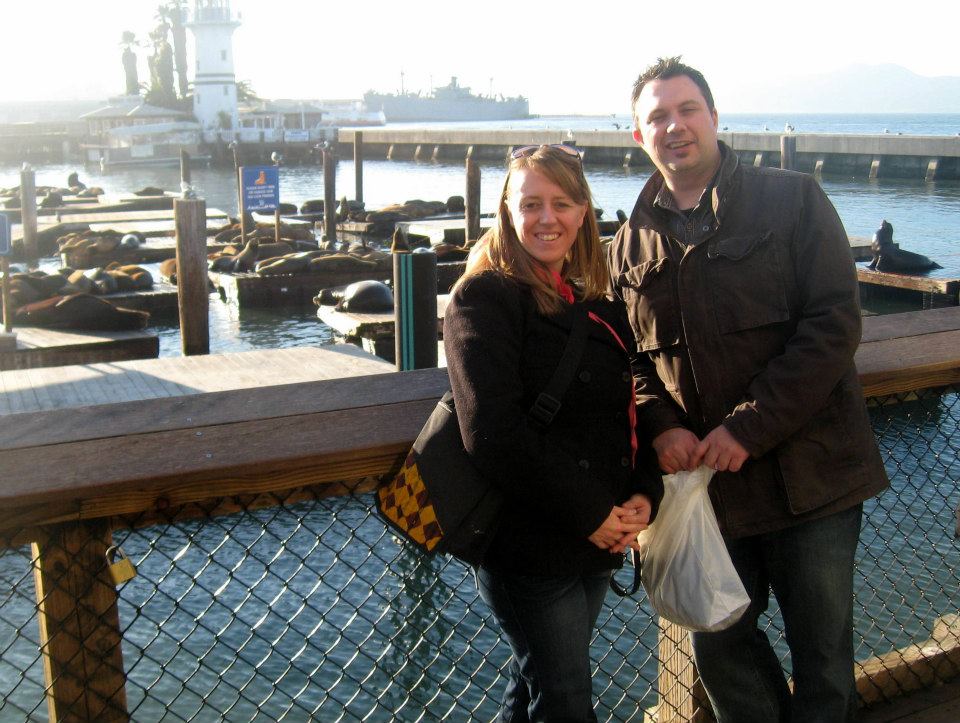 “My wife has been married to five men… everyone of them has been me.”

That’s what Lewis B. Smedes wrote as an older man in 1983’s Controlling the Unpredictable-The Power of Promising, and it’s a VITAL concept to remember when building a lasting, meaningful marriage. When my wife Krissy and I heard this line recently, we shut off the TV, sat on the couch together and began to identify how many people we’ve been together. We’ll be celebrating our fifteenth anniversary in August, and I think I’ve been about three distinct people since we met and fell in love in high school.

One. Unsettled, rebellious, loose-lipped, anti-establishment Dave. Two. Dogmatic twenties, intense, frustrated at my own youth, stumbling, fighting through figuring out what it means to live as a Christian, husband and father Dave. Three. Today Dave, who I likely won’t fully be able to prospectively identify until Dave number four comes along.

Marriage covenants are covenants. I write this article 8,500ft. above sea level in the mountains of Colorado the day after seeing my little sister married on a Rocky Mountain vista. My brother officiated the ceremony and reminded us that our costly journey of assembly was appropriately due to the costly nature of covenant. We’re largely unfamiliar with the concept of covenant, but it’s a binding, chosen, agreement between God and man. That’s serious business. And because not only does God KNOW we’re going to change as we age, but it’s Him who ushers us forward into growth, the idea of the new Dave’s within marriage IS part of the scripted scenario. In fact, wouldn’t it be boring without it?

Before we got married I gave my wife a bracelet engraved with I choose to love you. At the time it even seemed to me to be less than romantic, but it did seem right. Through variables xyz, culture seems to want to dilute many of the DEEP life-truths that reside in marriage. Sometimes when I hear science-types bemoaning the disappearance of the rainforest because of our species, I feel the same about marriage. One of the most destructive postmodern concepts we’ve been conned into believing is that the feeling of romantic love is foundational. PROMISE is the soil in which the flower grows.

Stanley Hauerwas, Professor of Theological Ethics at Duke Divinity School, has a profound statement that compliments the idea that we’re constantly changing. He says that, “you always marry the wrong person.” In fact, he calls it Hauerwas’s Law. In further writings he extrapolates:
“It is as important to note, of course that the reverse of the law is also true: namely, that you also always marry the right person. The point of the law is to suggest the inadequacy of the current assumption that the success or failure of a marriage can be determined by marrying the right person. Even if you have married the right person, there is no guarantee that he or she will remain such, for people have a disturbing tendency to change.”

This is why the promise MUST be the foundation. The term kindred spirits sometimes makes me gag a little as it’s often used in a very Seinfeldian shmoopy context. An older friend of mine says that over the course of marriage, spirits will go in and out of feeling like kindred spirits. I don’t know about you, but it’s kind of a relief to hear someone who’s been through more people than me affirm the amount of change that DOES happen and the subsequent feelings that change as well. We love, not because we are married, but because it’s how we are to live. In choosing love however, we may learn what such love is like within the context of marriage.

Chosen love even in the non-clicky seasons actually ALLOWS for the freedom to click again.
“The irony of commitment is that it’s deeply liberating — in work, in play, in love. The act frees you from the tyranny of your internal critic, from the fear that likes to dress itself up and parade around as rational hesitation. To commit is to remove your head as the barrier to your life,” says the Anne Morriss Concire Leadership Institute.

I want to have a legendary marriage. It’s on my very short bucket list. I don’t care about seeing Europe. The amount of money I acquire is of minimal value to me. But having a legendary marriage that people tell stories about is of the UTMOST importance to me. And that requires analytical/philosophical thinking combined with acting on those principles. But it all starts with THE PROMISE of Together Forever. It’s not a fleeting concept or a misty dream, it’s a choice.