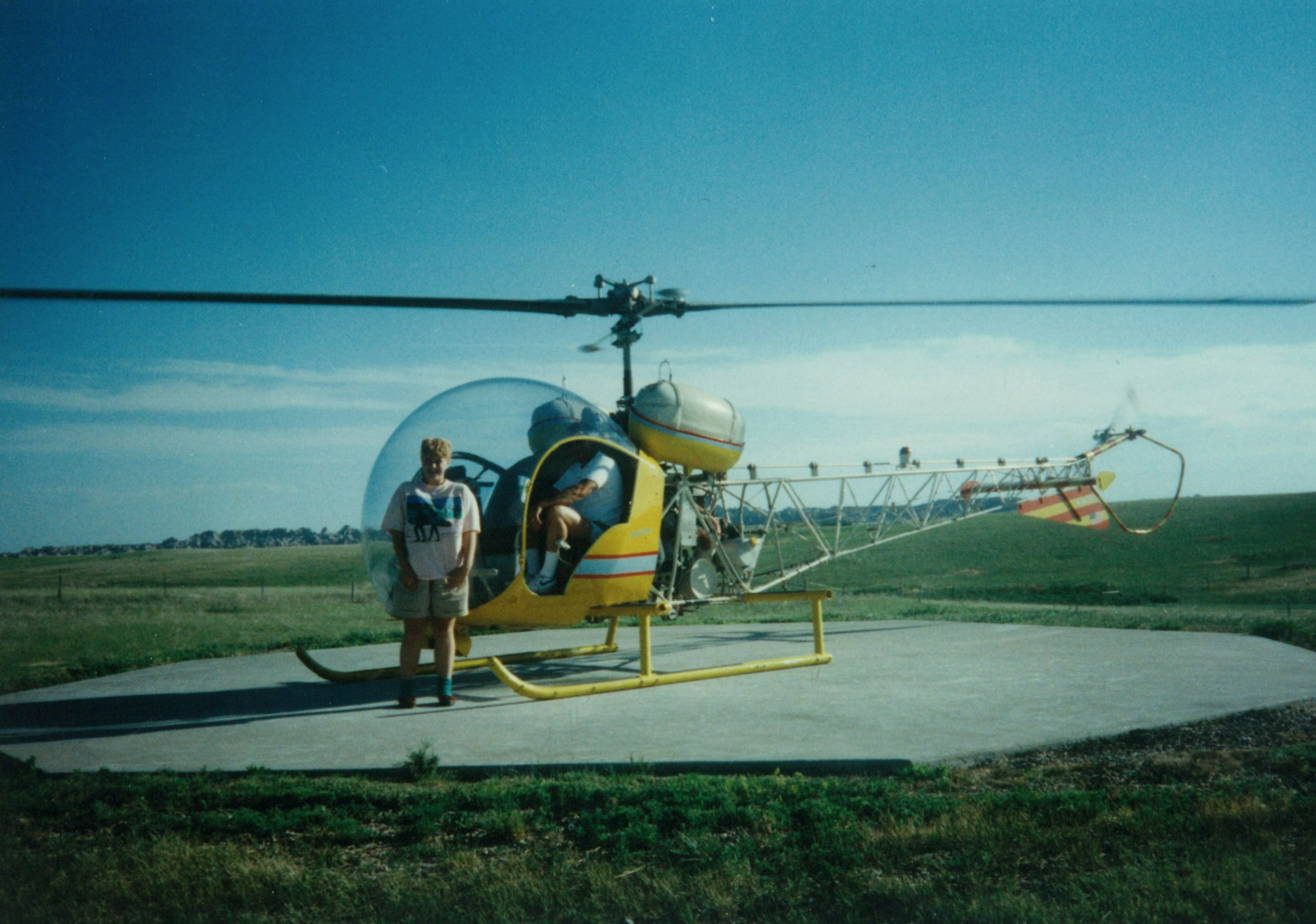 I’ve been a biker for 50 years. My first little sweetie was a beat up Ariel Square Four, 1000c.c. kick start, 20 bucks. Of course back then you were allowed to ride with a learner’s permit at 15. So, off to school I went, listening to the pieces rattling and littering the road behind me all the way to grade nine. However, there was the one incident I recall, when the fuel line had a leak and ignited on the engine… between my legs… in the driveway. That was the last I drove her and the fastest drop in my biking career.

Many bikes and stories later, married with three daughters, the call of the road was tempered with softer suspensions, touring bikes and long distance explorations.

So this is when the grand deal with my daughters was struck.

When each turned 13 it was their choice: a one-on-one with Dad; anywhere in continental North America, two weeks, and had to include a celebration of Canada Day and a trip to the U.S.A. for July 4th.

The eldest, Chandra, chose the Gold Wing as transportation and Washington D.C. as the destination. The ride was full of twisty back roads, glorious sunsets like muzzle flashes passing in the fir trees, the scent of pine stands and the sparkling lakes of the Adirondack Mountains. We wheeled to the former Olympic site at Lake Placid to sing God Bless America on July 4th and quickly continued to Massachusetts in search of a lobster feast. Stopping in Plymouth we asked for a free room at the William Bradford Hotel, since my ancestor was the second Governor of Plymouth and the only scribe from the Mayflower. That didn’t work out so well, as the Innkeeper explained he didn’t live there anymore. Coming into Washington was a little problematic, remembering this was long before GPS technology. My daughter was the navigator with a map unfolded in her lap as she leaned into the comfortable back rest. As the map, ripped by the wind, lofted in slow motion towards the sky we knew we’d be winging it (pun intended) and entered the core of Washington. Soon we were in front of the Lincoln Memorial and the Reflecting Pool. As we stared over our fairing there were thousands of people, a stage where The First Lady, Nancy Reagan, was hosting a live concert, and John Denver serenading on acoustic guitar as only he could. Surely, they knew we were coming.

The second daughter, Piper-Lee, saw her opportunity arise just 2 years later. But, she had no interest in bugs in her teeth or the smell of wet leather and fertilizer day after day. She just wanted to go shopping – by car. So, we did: at the West Edmonton Mall. We did a helicopter tour over the Bad Lands in North Dakota, Yellowstone National Park and Old Faithful Geyser. July 4th brought us through the forest to the face of Mount Rushmore. Our American neighbours had gathered the remaining workers who had actually carved this world wonder, most in their 90’s, to celebrate their achievement. It was a torrential storm, a heartfelt moment, everyone in tears and we had to practically scream God Bless America into the wind as these men stood proudly for their nation. In a way, though the trip through the mid-west was breathtaking and would have been a memorable bike tour, the return trip along the Trans Canada was somewhat less inspirational. I tried to explain that to the officer as he wrote the speeding ticket.

My youngest daughter, Miranda, was in for a bike trip… to an island. She wanted to go to Newfoundland on the fully decked Honda Aspencade. We front loaded this trip in Canada so that we could get back from the rock before July 4th. We boarded the HMCS Bluenose II, of Canadian dime fame, in Lunenburg and watched the water go the wrong way at the Reversing Falls near the Bay of Fundy in St. John New Brunswick. We sent cards from the Peggy’s Cove Lighthouse Postal Station and marvelled that by looking due South, through the tumultuous breakers, we could see the unobstructed path to Barbados. The Cabot Trail seems to get wet a lot, (doesn’t it?), but it’s worth every second for the spectacular view when the fog lifts. And finally we met the ferry at North Sydney. Our destination: Port Aux Basques, Newfoundland (pronounced NewfunLAN). For those bikers unfamiliar with ocean crossings, motorcycles get special consideration and preferred loading order because the ‘pointy end’ of the vessel can be crammed with bikes stored at funny angles. We found ourselves below decks: me, my 13 year old daughter, my Honda and 25-30 Hell’s Angels on Harleys with monkey bars and straight through pipes. We thought we were going deaf. The crossing was fun but the exit became a statement of differing cultures. The guys in colours were less than thrilled about a Japanese bike in their parking spot and each ceremoniously kicked at our wheels in passing, and the ship’s crew quietly righted us each time. So began one of the most glorious bike tours ever experienced heading north, up the treacherous natural terrain of the west coast. At one landmark, pointedly called Wreck House, the wind swirled through two mountains on the coast switching directions to blow back across the highway towards the open sea and ominous fiords 50 feet below to our left. There was no choice; lean far right at 45 degrees into the relentless wind and keep your head down or risk the invitation of the ocean’s lure. The two of us white-knuckled together and bore ahead for what seemed like infinity, 15 minutes maybe, the mountain rush ending as suddenly as it began and the bike seeking its natural centre of balance. It was exhilarating. From that point on we had fallen in love with the Province. Everywhere we travelled, we were welcomed and granted instant ‘family from away’ status. Crossing a bridge onto the island of Twillingate we approached a lighthouse. We could see the northern sea and flocks of icebergs serenely cruising south to meet the melting currents. We stopped at the lighthouse and were offered tea. The man there explained in a broad accent that he wasn’t a ‘lighthouse-keeper’; that just meant dusting and vacuuming. Indeed he ‘kept the light’ as solace for desperate sailors seeking land. He had a mission and he was proud to serve. We travelled in the northern circle and eventually back towards St. John where the Irish tin whistles and skin drums, (Bodhrans), kept traditions in place.

I have intractable bonds with my girls that began with two wheels.

Ah, and then there’s the grandchildren … “OK GRAMPS..ROAD TRIP!”