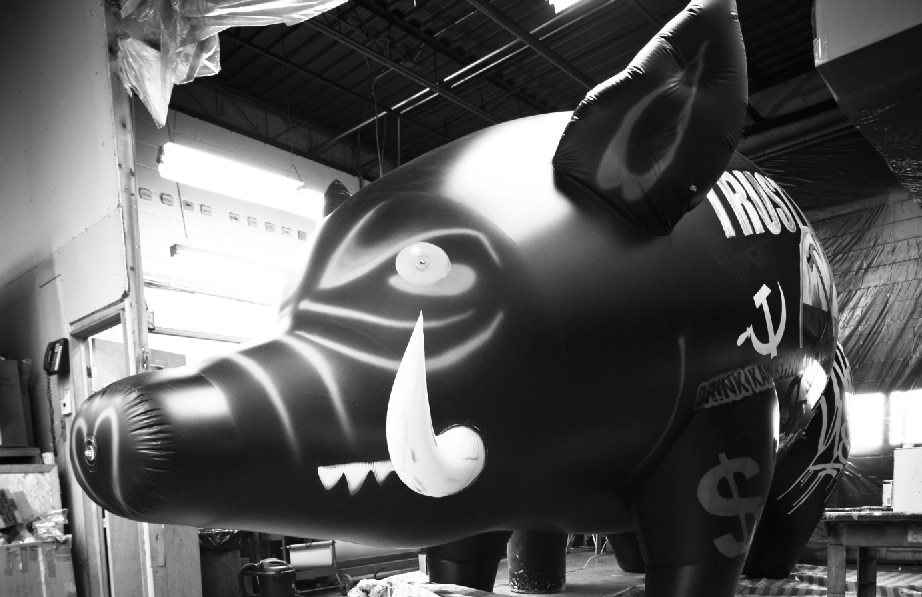 Certain moments in life have a way of standing out amongst others.

I remember with perfect clarity my eighth birthday. My family always pulled out all the stops for our birthdays but this year was different. I unwrapped something I wasn’t expecting; my first album. My older sister Kim gave me a double length cassette of Pink Floyd’s groundbreaking masterpiece The Wall. Every other present that year came a distant second (sorry Mom & Dad).

It seemed most people growing up in the 80’s and 90’s listened to a little bit of everything. There were a lot of different sounds in that era and, over the years, my collection of mixed and store-bought tapes evolved into a CD collection filled with a mash of new, old and hard-to-find. But no matter what I was listening to at any given time there was always Pink Floyd. Not always at the top of the play list but always there.

Years later, while working at Ball Media, one of the other designers, Terry Davis, introduced me to his wife Amelia. Amelia works as a manufacturer and sales rep for a company here in town called Mobile Airships. I remember asking her at the time, what do you guys do? “Among other things, radio controlled blimps,” she replied. I was

impressed. I’ve got a soft spot for anything in the design and print business and Amelia’s line of work is very unique. I’ve been fortunate enough to work on some really great projects in my career, but I’ve never designed something you could fly. As our conversation continued I asked who some of the clients were that she worked for. “We work for all kinds of people. In fact, we just finished creating the large inflatable pigs for Roger Water’s next world tour.” (Take a minute and let that sink in)

For those of you who don’t know, Roger Waters was the lead vocalist & bass player for much of Pink Floyd’s lifespan, and is credited with writing and co-writing much of the bands catalogue during the 1970’s and early 1980’s. The large inflatable pig was a prop that wound up on the cover of Pink Floyd’s 1977 concept album Animals. The pig later became a re-occurring fixture as part of their lavish and theatrical live shows.

So you can imagine that, when I heard this, I was in a complete and utter state of shock. You have to understand… Pink Floyd’s The Division Bell tour  (Summer ‘94) was my first real stadium concert (awesome big sister strikes again), so let’s just say Amelia had my undivided attention. The wife of a close friend and co-worker had an opportunity to deal one on one, and more than once, with one of modern music’s living legends. The architect behind the first album I ever owned. It would be one thing to say, “Hey, I know Roger Waters.” That would be awesome. But to be able to say that “I helped design the inflatable pig Roger Waters will be using at every concert date on a two year world tour.” There isn’t a word for how awesome that is. And if that wasn’t cool enough… over the next few years Amelia was able to get us platinum seats to see Roger Waters live three different times at the ACC.

I’ve said it before and it’s my pleasure to say it again. There is a mountain of star power right here in Brantford. We’re a world-class city filled with world-class people doing world-class things. It’s our responsibility to remind ourselves of that every chance we get. By doing so, we can help re-write the narrative of what it means to be from Brantford.

Thank-you very much to the staff at Mobile Airships for the hospitality, and thank-you to Paul Smith and Steve Lacelle of Photohouse Studio for the fantastic photography.