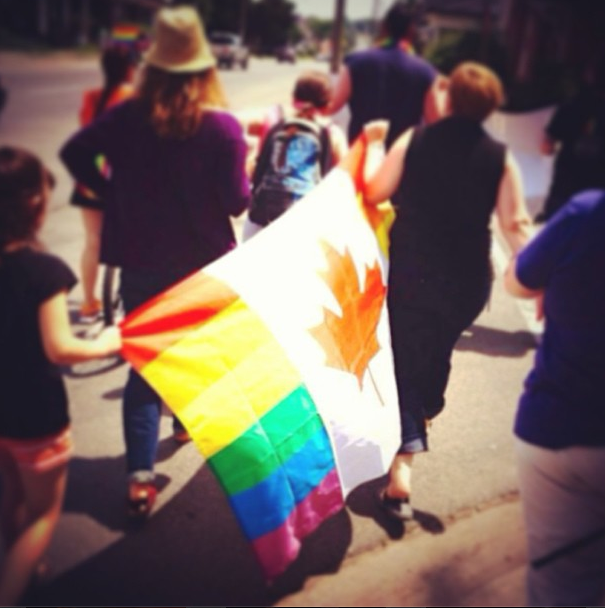 Picture this: You’re with your colleagues, celebrating a milestone in someone’s life at a local club. It could be your wife, your boyfriend, maybe your best friend, or just a friend of a friend. Everyone’s having a good time, sharing laughs, dancing to great vibes, and swapping stories.

Then it all changes. A group of guys storm the place, making their entrance by flipping tables and shattering glass. Before you can react, your friends are being attacked with punches and kicks. You go to help, but one of the masked men assault you with pepper spray and shoves you to the ground. A swift boot to the gut and you suddenly can’t breathe. You’re rendered useless and defenceless.

The police had been called, and their station is just down the road. Regardless, they take their time arriving, prolonging your suffering. You can’t help but wonder if they took their time on purpose.

It’s the next day. The nightmare is over. Many are bruised and badly beaten. Your close friend nearly lost her eye when broken glass was flung in her direction. On the TV, your group is making the news. There are recordings of the victims as they’re being pulled out of the club, covered in blood. It wasn’t made-up, this proves it. The horror was real. The pain was real.
As you continue watching, an Orthodox priest is asked his opinion on the attack. His answer makes you livid; absolutely disgusted.

“Until this scum gets off of [our] land, I fully share the views of those who are trying to purge our motherland of it,” he states, concurring with the attackers. He’s nodding his head in approval of the crimes they committed. It’s as if he wants to personally smash a bottle over your skull! What’s more, the government you live under agrees with this priest. Your government is siding with some criminals who would rather have you dead? Did the world get turned upside down? What the hell is happening here?

I’ll tell you what’s happening, you’re living in Russia. You’re a minority group, and you’re being targeted. Why? Well, because you happen to be categorized under one of these titles: Homosexual, bisexual, or transgender. Even allies – supporters of gays – will be treated the same way.

Now, this isn’t some fictional story I fabricated and chose Russia as its setting. At this present time, Vladimir Putin, the leader of Russia, is currently working towards enacting an anti-gay law. This isn’t the only decree he’s been brewing; other laws have been passed already, limiting people’s rights in the country. These actions are extremely upsetting and rather enraging.

The attack I just had you envision did in fact happen at a gay friendly club. And the statement given by the priest was actually vocalized by Reverend Sergiy Rybko. The government of Russia has engineered reasons behind their new bill, accusing the LGBT community for “decreasing their already low birth rates,” and for corrupting the youth by leading them to believe homosexuality is normal behaviour. After all, the Russian elite think homos should, “undergo forced medical treatment or be exiled.”

Yup, that sounds like things are moving in a positive direction, if you’re Hitler.

So what’s this anti-gay law all about? If passed, it will outlaw any propaganda of homosexuality among minors. Doesn’t sound so bad at first, does it? It merely sounds like it’s illegal to provide information about gay stuff to kids. Right? Hiding stuff from youth and letting them live under a rock is totally acceptable. Right?

Wrong! Although Putin’s goal is to “promote traditional Russian values” and prevent the country from falling into the dreaded void of Western liberalism – because Canada is such a horrible country – there’s more to it.

What exactly qualifies as propaganda of homosexuality? That’s just it, there is no finite definition. That leaves room for interpretation, deemed by a host of powerful people that have made various statements on their hate for LGBT people. The law will ban any public events that are gay related, such as pride parades or any community groups that aim to support homosexuals. I’m curious as to where the gay-friendly clubs will go? Wouldn’t their signs and pride flags be enough to be considered propaganda? Kissing in public will be completely illegal, as would handholding or any affection, because the sight of it could trigger questions among minors. Ultimately, people’s freedom of expression is being withdrawn.

In fact, did you hear about Madonna’s performance in Moscow last August? During her concert, she said, “I am here to say that the gay community and gay people here and all around the world have the same rights – to be treated with dignity, with respect, with tolerance, with compassion, with love.” Russian homophobes were infuriated. Orthodox conservatives and Putin loyalists responded with a 10.7 million dollar lawsuit against Madonna. Why? Because it was considered propaganda, a statement that would somehow warp the minds of millions and regress into the destruction of the nation. How? Well, by falling back on their highly logical reasoning that it’ll “decrease their already low birth rates,” yet again. Not only that, it could further result in the lack of a properly maintained army, god forbid. All of this degeneration will happen solely because Madonna said lesbians and gays have rights.

Seriously? Decreasing birth rates is Russia’s argument? I’m personally beyond pissed about this. Being gay is not an infection, nor breed-able, nor chosen, nor passed on by simply learning about it. Heterosexuals and asexuals who decide not to procreate are as much at fault as homosexuals. Heck, some homos end up reproducing before they realize they’re gay!

What else is enraging are the statistics on the country’s orphans. According to David Satter, Russia has the most orphans per capita in the world, and of these estimated 650,000 orphans, approximately 95% of them are considered “social orphans.” That means their parents abandoned them, or they were taken from their parents. Yet these award-winning parents are going to point the finger at the gays and lesbians.

Gay rights aren’t the only thing Putin is abolishing. As of January 1, 2013, Russia has banned any adoptions of their own orphans to American citizens. Why the U.S.? Their ongoing conflict seems to ooze into everything. Was it a smart move? Not for the children, no. For the past fourteen years, Americans alone have adopted 45,000 of Russia’s homeless kids. Who’s to say Putin won’t ban adoptions globally? His Children’s Rights Commissioner, Pavel Astakhov, seems to think, “any foreign adoption to be bad for the country,” and believes they should keep their children in their country. Even when it means they’ll live in poor conditions, endure mistreatment, and hardly get a shot at a fulfilling life. The more research you do on this topic, the more you’ll be revolted.

If nothing I’ve mentioned thus far is a clear sign of an authoritarian government, there’s more. In the past few months, other laws have been created and passed with the intent to protect the youth of Russia. Yes, even more “protection.” It sounds respectable, but it’s just plain censorship. These laws have enabled the government to block websites and ban literature that is deemed “unfit” or “extreme.” I wouldn’t be surprised if Russia is pumping its own propaganda of sorts to brainwash and assimilate its people, as a replacement for human rights and freedom of expression.

Putin’s goal to censor material from its youth and protect it from “homosexual propaganda” is based on the idea that these young, intelligent minds are “unable to evaluate the information critically.” That thought process is so ass-backwards, it’ll do more harm than good. In order to assess anything critically, people need all sides of the story. But with everything being banned on the whim of old politicians and Orthodox priests, Russia’s future generations will only know one side to any story; the indoctrinated truths of Putin.

As much as I wish democracy will win and Russians vote Putin out of power, his reign since 2000 has seemed rather fishy. Both in how he got into power, and how he’s craftily maintained it. In fact, protests have risen based on alleged electoral fraud. Yet nothing’s been done about it.

The way things are heading, this anti-gay law will be passed. This will open doors to a legal witch hunt. That means anyone who is gay, suspected to be gay, or anyone in support of gays, can be harassed, arrested, detained, and fined thousands of dollars based on any loose interpretation of “homosexual propaganda” that homophobes in power regard unlawful. The injustice of it all is endless.

I sincerely hope circumstances don’t lead to this, but as history has shown us before, many lives are about to be lost as Russia’s people begin to riot and fight for their rights and freedoms. How long will it take humanity to realize we are all human, and we all deserve the same equal rights? Sexual orientation, ethnicities, and religions shouldn’t differentiate that.

To top things off, Russia is hosting 2014’s Winter Olympics. If the world’s eyes aren’t opened soon, they will be. At the rate Putin is going, attendees and Olympians alike will be no doubt surprised by the nation’s suppressed freedoms. If Madonna was sued for simple expressions, many gay activist Olympians must tread carefully.

We may not have much say in Russia’s future, but we can be contributors in our own country, and lead by example. I challenge you to evaluate your own values and opinions. Would you stand by and let something like this happen in your own nation? Would you protest and speak out? Or would you side with the masked criminals and Orthodox priests who abuse those who are different from you?