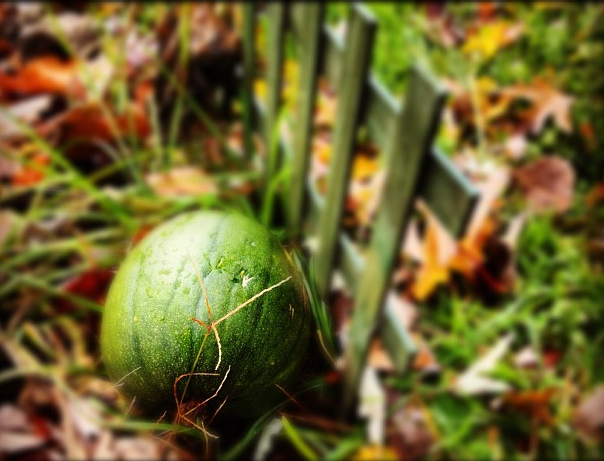 Richard Reynolds breaks the law. Day in and day out, sometimes while shrouded in the cover of night. His well-documented crimes have sparked a whole slew of copycats. So many, in fact, that the police in his native London, England, still make public statements condemning his unorthodox actions. In many ways, he’s an infamous man. This point is only further supported by the fact that he has his own widely searched how-to blog and an extensive Wikipedia write-up.

His charge, as it happens, is gardening. Well, guerilla gardening to be exact. This is the act of taking barren or abandoned space, particularly in high-density urban areas, and planting. From beautiful flowers, to actual foodstuffs like vegetables, fruits and herbs, it’s basically turning something cold and forgotten, into something beautiful. It’s a movement that’s proven to be pretty subversive.

In fact, in many ways, guerilla gardening, and even community gardening, is downright radical. A classically feminine act, that’s often forgotten, laughed off, or pushed aside, it can lend the impoverished and the marginalized a strong voice. It can empower trampled peoples. Most important though, gardening lends neglected communities the key to their own well-being.

Local agricultural initiatives have the capacity to completely change the face of our food production system. And, it’s a change that desperately needs to be made. Have you noticed how costly fresh fruits and vegetables are in comparison to highly processed foods? Have you witnessed the link between obesity and living below the poverty line? The truth is, the two go hand in hand. Chips are cheaper than cabbage, and a whole lot less work. This is unfortunate, considering the former is a whole lot gentler on the planet and your body. And yet subsidies, corporate monopolies and the enduring cheapness of high fructose corn syrup, means that a lot of people suffer needlessly.

On top of the health element, gardening is a strong move towards grabbing back local space. Government bodies are rapidly facilitating the privatization of free meeting places. Parks and open fields are becoming shopping centers and parking lots. Libraries and community centers are becoming few and far between. The developed world is making us pay admission to our common areas. Gardening, however, is free, interactive and contagious. It breaks down walls. It changes perspectives. It scares people.

With New Jersey recently allowing community garden food to be served in their public schools, and urban cities in California maintaining massive plots of communal agricultural land, the threat is intensifying. Cities are slowly coming to the haunting realization that importing food leaves one in a rather vulnerable position. Food is power, after all. But perhaps, it’s even more than that.

We need to face the fact that food is highly political. Harnessing it on a local level is a bold move. By breaking away from the belief that it doesn’t really matter, we make sparks in our communities that ignite a massive fire. Richard Reynolds has done this in England, turning hollowed out wastelands into places where citizens can meet, share and exchange ideas. Liz Christy sparked a shift in 1973 in Houston, New York, refurbishing neglected and misused sites. Around the same time, the People’s Park in Berkeley, California was created, and is still cared for. All of these projects sent shockwaves through their local areas, compelling people to get involved, bit by bit.

In Brantford, we have a community garden project. There are opportunities for us to come together, to plant, and to share. As citizens though, farther away from these designated plots, we also have the ability to create our own gardens and enlist willing others in our immediate area. All around us are empty soil beds, barren rooftops and porches, and maybe even lonely window sills, crying out to be made useful once again.