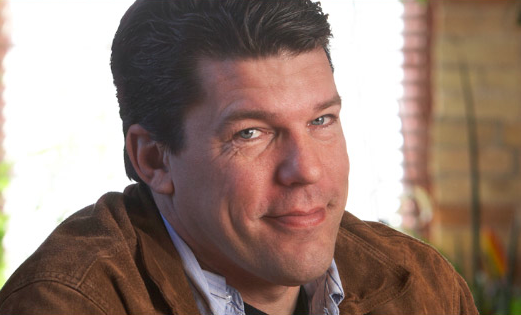 As I walked into the Rogers Television Studio on election night, I was advised to “expand my horizons”. That quote has joined a hundred well-meaning comments. Most of them are useful for reference only and have little bearing on how to better treat the citizens of Brantford with their due respect. They have even less to do with the effective governance of our municipal budget, customer service, or regional economic development.

I prefer to stay closer to the more productive quotes borrowed from our newly appointed Chief Administrative Officer, who is the head of our capable and hard working city staff. The title of the book by Stephen M. R. Covey entitled The Speed of Trust, (The One Thing That Changes Everything) is a quote in and of itself. The following is an excerpt:

There is one thing that is common to every individual, relationship, team, family, organization, nation, economy, and civilization throughout the world—one thing which, if removed, will destroy the most powerful government, the most successful business, the most thriving economy, the most influential leadership, the greatest friendship, the strongest character, the deepest love. On the other hand, if developed and leveraged, that one thing has the potential to create unparalleled success and prosperity in every dimension of life. Yet, it is the least understood, most neglected, and most underestimated possibility of our time. That one thing is trust.”

The speed of trust refers to the speed at which decisions are made. In short, people who trust one another make decisions very quickly. Those who do not trust one another are likely to make no decisions at all. Making the leap from the private sector, self-employment, artistic expression, and peace advocacy interests into the municipal customer service area has expanded my horizons on trust and left me with the following observations.

People generally don’t trust their existing representatives and often distrust those who win elections. Politicians typically don’t trust one another and approach one another with a guarded pessimism on the best of days. Staff members in all municipalities do not fully trust elected officials and vice versa. To further compound the problem, the complete lack of trust between the Brantford, Brant County, and Six Nations/New Credit is nothing short of disturbing.

Unfortunately, the municipal political system itself opens the door to a tangled mess of talent and ego but closes it to common sense. The election process itself can be an effective filter but municipal political structures lack a consistent and effective system of checks and balances or measures of accountability. The fair and timely enforcement of the Code of Conduct for Members of Council is simply not enforced in the whispered halls of City Hall or in the Council Chambers. As Councillor Richard Carpenter has stated, “Consistent application of the rules is a good thing, (as well as), objectivity so that the weight of the Mayor’s office does not influence council. I don’t think it matters who’s in the Chair, I mean, it matters who’s around the table”.

His comments suggest that behaviour is bound to personal integrity.

Article 14 (15.14.2) of the Code of Conduct for Members of Council is entitled Interpersonal Behaviour and specifically refers to the following,

a) Engage in a course of conduct consisting of patronizing or condescending comments of behaviour toward other councillors, municipal staff, or members of the public.

Listen to the people on the front lines of this community. Listen to the real stories of family friendships and business relationships. We are a connected mass that cannot, and will not, be torn apart. We are joined with the bounds of friendships built with honour, time, and dedication that political structures lack the capacity to understand or control. The honesty and integrity of the wise in our community has been consistently under-estimated and stands as a silent reminder of the true core and direction of our future.

It is that quiet strength upon which we build hope. Even though very little has happened since the path of good intentions was paved with cobblestones like The Green Hub, the Green Energy Accord, and the meeting of minds behind many Memoranda of Understanding, there is room for more trust. There is a deep desire in all of us to put these matters to rest for the health of our immediate future.

It would be wise for council to work with the strengths and talents identified by the public, supported by their votes, and honed through many years of individual customer service. Any governing structure would benefit from operating with an eye on the goal of rebuilding trust inside and outside of its own boundaries. Any member of the public will confirm the need for more trust, integrity, and respect in all of council’s public exchanges. We have spent our honeymoon building trust. It’s time to mature in our relationships and face our challenges ­ together rather than take the gloves off and face each other.

One Reply to “Respect Builds Trust – by Jan Vanderstelt”