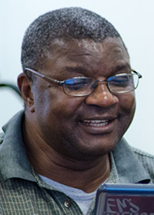 By: Jean Pierre Mukuna – Regional Worker for Haldimand-Norfolk and Brant  The Aids Network

I have a friend who has an untold story. In fact, more than twenty years after its first appearance, my friend’s experience is the same: more and more myths continue to surround HIV; they relate to its transmission, prevention, treatment and demography. “That is a shame,” he says.

His observation is incisive and states that in such a context, scientific research can hardly penetrate people’s mindsets or improve education and knowledge about HIV. Mythical thoughts are so deeply ingrained to the extent that they are considered to be the only truths. This creates parallel approaches, understandings and attitudes not only about the HIV virus, but also about those living with and affected by HIV. Obviously, this dichotomy divides opinions and people,  and even health care institutions are affected. Sadly, myths about HIV are more present in our communities than scientific truths. They become stronger and part of the daily life of people living with and affected by HIV everywhere, regardless of races, cultures, religions, countries and languages. It is a shame!

Listening to my friend, a question repeatedly haunts my mind about the choice between myths and science, truth and gossip. I chose science and truth as one convinced that as humans our mission and role is to take care of one another, and in doing so we would come to dispel myths and free the scientific information. This will be the only reasonable answer to the international call echoed by the UN to “uniting leadership to end the HIV epidemic” and to “expanding coverage, diversifying approaches and intensifying efforts to end new HIV infection.” In fact, zero new infection is an ambitious, but reachable goal only if individuals, society and our government embrace science and reject myths.

Visiting my friend regularly opened my eyes to the world of daily concerns and worries. He was a successful financial paralegal in Toronto, a fervent cyclist and a healthy person who travelled a lot and enjoyed his life in the 80’s, until an accident changed his life. This happened….during the scandal of infected blood. My friend was one of those infected with HIV due to blood transfusion. Despite the fact of being a victim, HIV, the virus, took away everything from him; he could not work if he needed health coverage from ODSP.  Forced into poverty, he lost friends, his dog and favourite hobby (cycling). My friend’s life is a cascade of griefs, but also wealth of knowledge, inspiration and talents. Whenever I talk to my friend, resilience and creativity seem to shine. His mind is as sharp as a two-edged sword; his sense of humour is amazing; his talent for sculpting and curving walking canes reveals self-empowerment and courage. As one can imagine, the twenty years during which cancer, diabetes and many other chronicle diseases have taken the toll on my friend’s physical strengths are also twenty years during which stigma, discrimination and humiliation have turned a victim into a ‘risk’ to the community.

My friend told me that his story is just one of the so many unheard; nevertheless, he does not give up; instead with humour he advises, “Awareness is not knowing the spelling but gaining true knowledge about HIV and contributing to the truth.” Do you know that use of universal protection, including gloves and mask protects health care practitioners from HIV transmission? Do you know that a child can be born HIV free from a mother who is HIV positive? Do you know that HIV positive partners can have healthy sexual relationships? Do you know that an HIV positive person can be partner to an HIV negative person and have non infected children? Do you know that we can reach the zero new infection goal if everyone does his/her job properly? Knowing is power and strength, and scientific research helps.

Our lack of knowledge affected my friend’s life more than the combination of HIV and other chronicle diseases. That is why I kept secret his name. You and I know this, but every time we allow myths to prevail, scientific research becomes underground reality, as secret as my friend’s name. That is also a shame!