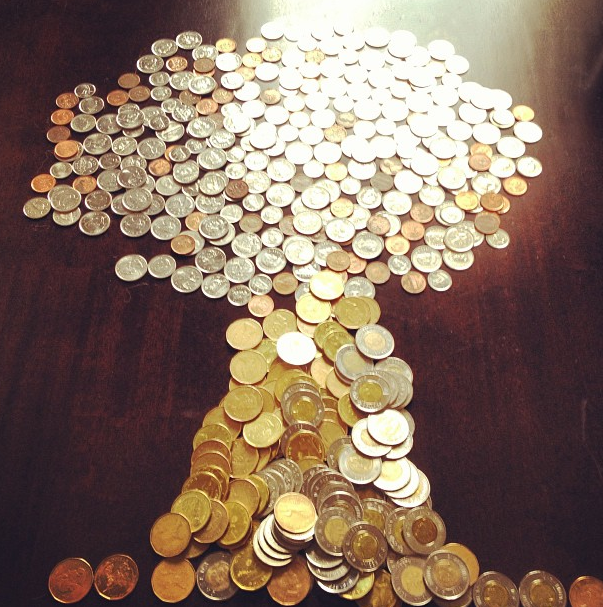 The world seems to slow down, or even at times stop, to watch the Olympics, the World Cup, Stanley Cup Playoffs, and for one day, the Super Bowl in North America. This powerful act, so it seems, also happens in the corporate world, as we get accustomed to our teams, and become advocates of these highly paid players or entertainers.

Scoring a big goal. Draining a game winning three-pointer. Going long for a heart stopping touchdown. We as fans are absorbed by these moments within a sporting event, whether live or on TV, as it takes us away from our busy everyday lives. But in return, we become a paying customer to this top of the line entertainment.

So if the world of sports has such a strong hold over us as a population, who influences the business side of sports?  Lately, it doesn’t seem like it is us, the true fans, the ones footing the majority of the bills for these sports to even take place.

You see, growing up in Canada, more specifically Brantford, I, like many others, became a fan of hockey thanks to our obvious local hero. Over the years, through the late 80’s and 90’s, a hockey fan like myself was delighted and privileged to the likes of Gretzky, Lemieux, Yzerman, and the sorts, who didn’t seem to be in it for the money or the fame, but just to play the game.

As I grew older and into the new millennium, the public’s perception, mine included, of hockey and professional sports in general, seemed to change as new generations of players and even teams entered the professional “market”.  In addition, there seems to be more and more talk about, well, money.

When I finished post-secondary education for business management, I quickly took an interest in the business side of sports, more or less as a hobby. Collective bargaining agreements, television contracts, player agents, and player salaries started to become clearer to me.

Remember the 1996 movie Jerry Maguire starring Tom Cruise? The sport agent working for “Sports Management International” which resulted in him having a guilty conscience and writing a book about the perceived dishonesty in the sports management business and how he believed it should be operated?

How true is that movie now?

Though there were a couple professional “lockouts” in the 90’s, it seems to be the norm in the past ten years. You have likely heard the term “millionaire players fighting billionaire owners” during these lockouts. So who are the real greedy ones in these situations? Or wait, how about the real victims being hurt during these lockouts?

Surely not the players, where for example, in the NHL, the average salary lost per hour across the league is $476,434 during a lockout. As North America continues to recover from economic struggles, these lockouts or strikes, have a ripple effect that hurts bars, restaurants, hotels, food vendors, and of course all of their suppliers.

Whether it’s this year’s NHL lockout, or last year’s NBA lockout, or MLB and NFL strikes in the past, they all have, and will continue to have, a negative effect on small businesses. When 20,000 fans don’t flock to the arena and the surrounding areas, businesses struggle.

This means parking lots are empty and stores have fewer people spending money. But it’s not just sales that are “on the ice”, how about people’s salaries, people like you and me.

Cutting into a millionaire’s salary will likely not hurt, but taking away a $500 a week pay cheque from a server, retail clerk, security guard, bell hop, and the list goes on, does hurt.

Sure not all businesses will hurt. If there is no hockey, we will do something else during that time and spend our money elsewhere.

So until these highly profitable leagues listen to and care about their fans, their “customers”, consider spending your money at a local restaurant and attending a local sporting event such as a high school team or The Brantford Red Sox, Brantford Blast, or Brantford Galaxy.

This is where players are passionate about the sport, and not the money. You will be surprised at the quality. This is where it’s real.