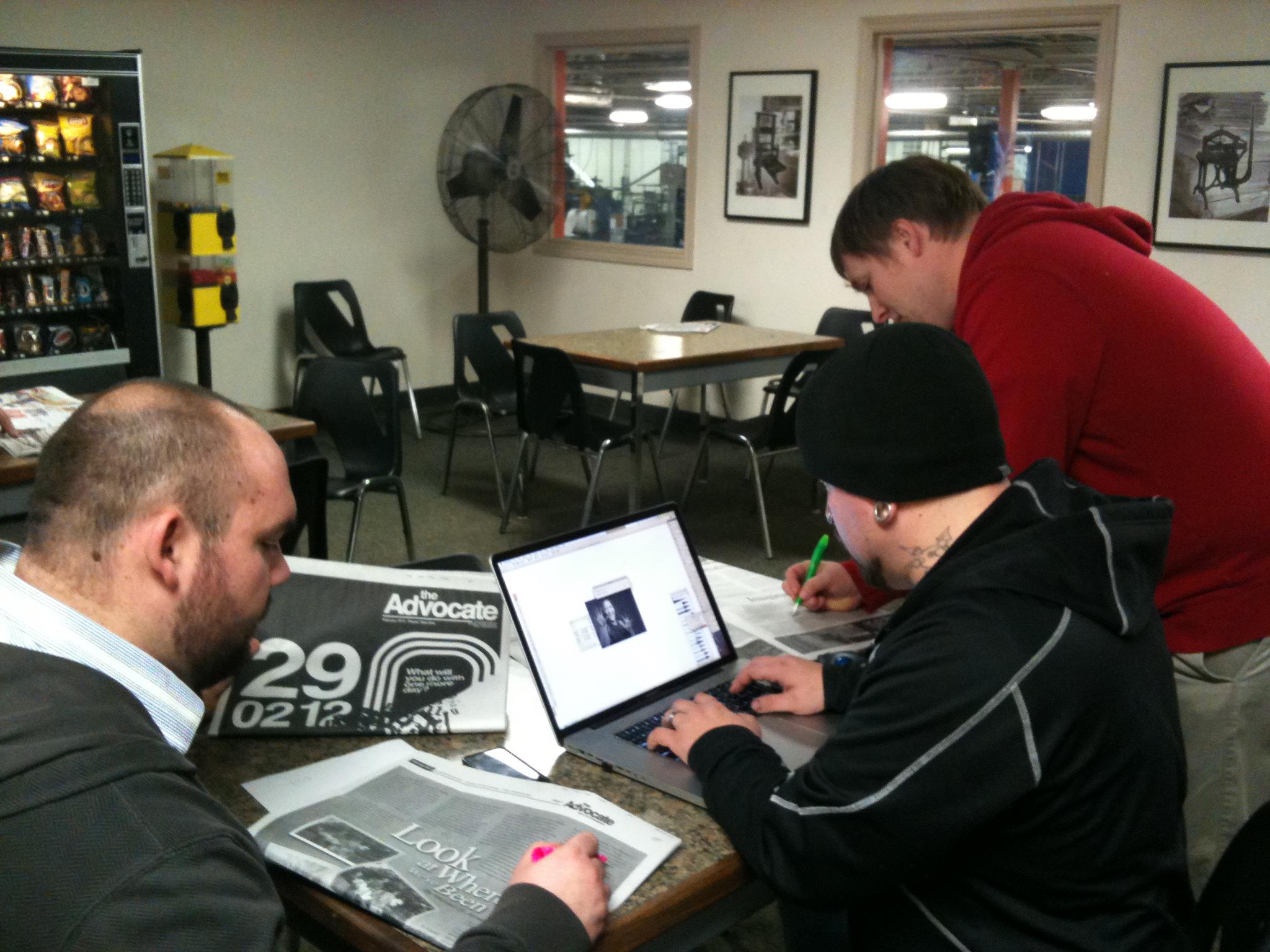 On the morning of May 15th, I sat in front of my computer anxiously following the news updates from the sentencing hearing for Michael Rafferty. It seemed that, after 37 months and 6 days, the Tori Stafford case was finally coming to a close. The victim’s impact statements were read, the judge read the sentence, and then, it was over – case closed.

A few hours after the sentencing was announced, I was at my desk having a conversation with a close friend, Advocate faculty member Bekah Pitts. We discussed the case during our afternoon break and talked about the incredible impact it has had on so many people’s lives. During that conversation, she looked at me and asked (I’m paraphrasing because I don’t remember the exact words): What about the journalists? Were they all straight up and professional or did some of them show some emotion?

After years in the media industry, I sometimes forget that the thought of a news journalist usually is one of a motionless, emotionless figure with a monotone voice spewing out a news report with a view of some relatable scape behind them. The last thing shown by the reporter, in most circumstances, is raw emotion.

So when the question came about emotion shown by reporters, it was as if I suddenly found myself back in Woodstock in April and May of 2009. I was a reporter working at CKOT radio in Tillsonburg. The day after Tori went missing, Good Friday, I came in to the office for an extra shift and found myself staring at news reports about a missing Woodstock girl. It didn’t take long before community events were being planned, rumours were being spread, and I found myself sifting through a sea of speculation.

I have vivid memories of my first real coverage of Victoria’s disappearance. It was in the evening of Easter Sunday. There was a huge candlelight vigil being held in the Foodland/Zellers parking lot in downtown Woodstock. When I arrived, thousands of people from the community slightly overshadowed the throng of local, provincial, and national media who were there covering the event. I stepped away from the awkward battle of cameras and reporters fighting for the right shot of each family member. It was like a mob scene, and like every other emotionless media scrum you witness on the nightly news.

Long after the national media had parted ways I continued to pace, waiting for the right time to finally get my story. I finally approached Rodney Stafford, told him who I was and asked for an interview. I remember looking at him and telling him that I was really hoping to avoid talking to him, but that my boss would be pretty pissed if I didn’t talk to him. He was gracious, he understood, and we had a discussion.

Driving home that night, I felt emotionally overwhelmed as I began to process just what kind of a story I was covering. I could feel myself tearing up as I tried to grasp the devastation of having your daughter kidnapped. I don’t have kids, but I have a niece that was the same age as Tori. Picturing what it would be like to have her go missing was tough to consider. But to have it actually happen, I couldn’t imagine. I remember feeling stupid that I couldn’t keep my emotions in check. After all, it wasn’t happening to me.

A few weeks later, I had a similar incident following the memorial service held for Tori. I felt like I had to be there, because I had become emotionally engaged in the search for Tori. But I also felt terrible for being there, as just a few minutes after exiting the church I was sitting in the parking lot, filing a live-on-location news report on the memorial. The emotional me had to fight the feelings of incredible sadness off long enough to return to the emotionless reporter that needed to file the story.

While I can’t speak for every reporter to ever file a story about Tori Stafford, I can tell you that I what I saw was a difficult struggle as reporters fought off their emotions in order to do their jobs. At every event I attended during those few months that I covered the case, I watched as reporters battled to keep their emotions in check. Some took some time to bury their face in their hands before driving away, others gave themselves extra time to walk away from the scene to collect their composure. But many, if not all, had to find a way to work through the emotional turmoil of a case that tore them apart.

Never think that reporters don’t feel the emotions of the stories they cover. Telling the stories of pain, suffering, and death are incredibly difficult, just as they are difficult to hear, watch, and read. I admire those who can, day in and day out, present the stories of the tragedies in our community.

As for Tori Stafford: those who covered the stories, who talked to the family, who sat in the courtroom, and who reported on the events will never forget the image of an eight-year-old girl taken from us far too soon. I pray that her family can finally begin the healing process.