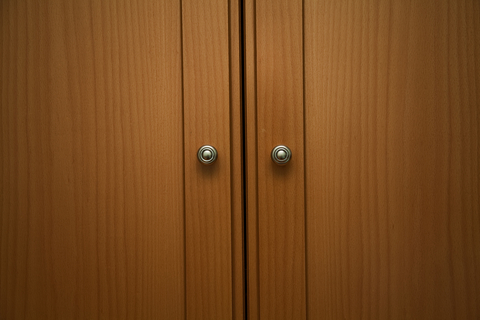 In April, 2007, the year I graduated from University, my parents drove to my university town and helped me move the contents of my residence room to a basement apartment not far from campus. At that point, Brantford became a decidedly distant memory in my young mind. I bought a blazer and set out to become who I am.

Two years, four internships and one “real job” later, I moved back to Brantford where I took up a new venture in outpatient treatment at the BGH and Avenue Medical Centre. I traded my blazer for the single sundress that I brought home in a backpack. I’d buy all new clothes in Brantford.

Being diagnosed with anorexia was not a shock for me. I knew I was anorexic and so did everyone else in my life, presumably (at least those who got close enough to see me without my signature scarves and layers of sweaters). I never looked in the mirror and saw a fat girl staring back at me like The Mirror PSA. I saw bones. I moved home because I wanted to fix it, and I didn’t know where to start.

I write this article not because I want to tell you how hard my recovery was, or to prove how serious eating disorders are. I write it because I hope to set an example for other people who are closeted by an eating disorder. There are so many women who are affected (between 150 000 – 600 000 in Canada, and that number is on the rise), but silenced by shame. That silence is keeping us ill. We’re not helping ourselves or each other by staying invisible. We help each other by supporting each other. If you live in Brantford, there are some fantastic opportunities for support. (See below.)

“Actions happen before thoughts change” is a common tenet in ED recovery, one I believe in, and it starts at your decision to find help. Until we are willing to have an open dialogue about eating disorders, until we can talk about them like we talk about our anxiety, our depression, our migraines, they will stay the shameful, misunderstood and silent killers they are at present in our culture. Your coming out of the closet, or not, could mean the difference between life or death – not just for you, but maybe even for the next girl with an eating disorder.

Eatingdisorderhope.com states, “Basically, she transforms into a completely different person. How can this not negatively impact relationships with friends and family?” Being honest to yourself, to your loved ones, and professional strangers is hard, but so is letting the bat-shit crazy voice in your head run your life.
Here’s some good news: when I started talking about the bat-shit-crazy voice in my head in treatment, something amazing happened – I stopped being afraid of it. I started to master it, just by giving a voice to it. I proved to myself that having an eating disorder doesn’t make me a lunatic. (For the record, nor does it mean you are attention-seeking or superficial. If it was about being skinny, Portia DeRossi would have rejoiced when the scale hit 82 lbs. Lindsay Lohan would be writing self-help books by now.) The doctors in Brantford get it.

I’ll leave it up to “Wasted” author Marya Hornbacker to explain what I always felt but didn’t know how to articulate: “there were … countless outlets that could have channelled my drive, perfectionism, ambition, and an excess of general intensity, millions of ways in which I could have responded to a culture that I found highly problematic. I did not choose those ways. I chose an eating disorder.”

Some people choose pot. Some choose Facebook. Some choose calories. In a culture that equates thinness with self worth and takes every opportunity to sell us on the idea by stoking the fires of our self loathing, the latter is dangerously easy to do, especially if you happen to have super-driven-intense-perfectionist genes. You don’t choose that cocktail, and that’s nothing to be ashamed of.

You can choose to stop channelling your energy into an eating disorder, though. When you make that decision, you can channel it into something you do choose. Anything you want to choose. Your life can be full of possibility. Here are some of the services in Brantford that can help:

– EDS Brant. To arrange a private intake consultation with registered nurse and counselor Marilyn Clarke, call 519-752- 5468. (To get to know Marilyn a little better, check out this great article written by Heather Ibbotson for the Brantford Expositor, http://www.brantfordexpositor.ca/2009/02/07/many-reasons-can-be-behind-eating-disorders)

(The Trellis Institute http://www.trellis.on.ca/en/ used to be the go-to place in Brantford, but they recently changed their services to include only Waterloo Region and Wellington County.)

The counselors and nutritionists in Brantford helped me find the words to give a voice to my thoughts. There is power in understanding, and there is power in words. I am indebted to them for helping me become who I am – human. That’s pretty sweet.