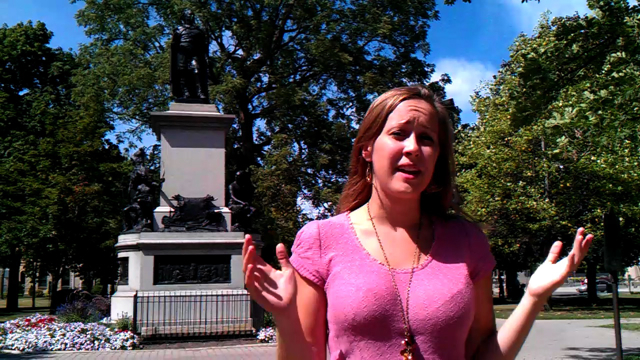 Brantford’s streets are a beautiful place. Sometimes bad things happen, but even at four in the morning in the heart of downtown, there’s not much to fear. I’ve only found myself afraid a few times on the streets, even as a teen living in a low-income neighbourhood in Toronto. I often used to say that any street conflict can be avoided by simply smiling and offering the other person a beer.

What I’ve learned since I began to embrace the street community is that people are people. We like when people show us respect. We have standards for what we like and don’t like, what we deserve and don’t deserve. The street community is no different. If you’ve strolled through downtown Brantford, you’ve undoubtedly spotted the types of folks who probably don’t have their own place, who might re-light discarded cigarette butts, and who frequent free meal programs. You might see them wearing the same thing every day, with an unsurprising scent to go with it.

Okay, so it’s bleak when you describe these folks by their looks. However, it’s important to remember that they’re not so different from the guys who drive their SUVs home from work to their suburban homes to eat a quick bite of supper before shipping one of their three kids off to soccer. They’re not that different from the university students or the nurses at Brantford General Hospital or the cooks behind the counter at the pizza shop.

People in the street community have stories, too. Some are rather unexceptional. An old street friend of mine used to be a forest ranger, brother to eight siblings, and son to a loving mother. Meanwhile, another friend of mine was exposed to cocaine and heroin by his parents before he even reached puberty. That same guy had countless bones in his body broken trying to defend his younger brother and his mom from his father’s alcohol-induced rages.

People: broken, average, sane, and even friendly, but scarred by experience nonetheless.

It’s easy to underestimate the people who we usually give nothing more than a short glance. However, the guy on the bench might have a life story that is nearly identical to yours, save for a series of unfortunate events in his recent past. The agitated pregnant teen standing with her hands on her hips and a cigarette between her fingers might have a history that could break your heart in two.

In the street community, some things are different, but many are the same as in any other community. There’s nothing very spectacular about humans save for our vulnerability for being forever changed by our circumstances and decisions. We’re forever forgetting the lessons we’ve learned, and subjected to the consequences of other people’s failures. Whether you sleep under a bridge on a donated sleeping bag or under your duvet on a king-sized mattress, human you are.

For a while I thought about explaining street jargon, family dynamics and 8-balls, maybe listing off the prices and various qualities of crack, but that’s not where the most valuable insight I have to offer lies.

It’s in starting the conversation with the assumption that the person whom you are engaging is not so different from you. Remember that you’re the one who probably seems stuck up. Accept the moderately different communication style and the unexpected mannerisms that might surface during your conversation.

This isn’t new information to many people who are reading this, but it is my intent to simply send out a reminder that there is no such thing as a lesser human being. Street people aren’t scary. Spend a few moments in conversation with a few, in genuine conversation, and see for yourself that it’s true. Show respect and receive respect. Ask about the binge-drinking if you notice it. Don’t be surprised if alcoholism is someone’s alternative to chemotherapy so they can cope with the physical pain of cancer.

Respect breeds respect; kindness breeds kindness; and hope breeds hope. Hope is a force that needs to take a stronger hold in our community. Bridging the gaps between the members of our community and recognizing our shared humanity is one of the biggest steps we can take in developing those things.

We’re not as different as we think we are. When it comes to speaking street, all you need to do is speak human.