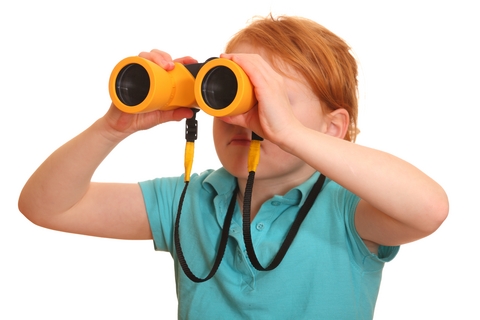 It’s Diversity Week at Laurier Brantford, and I’m sitting in a lecture hall with faculty, staff, students, and community members, listening to Karleen Pendleton Jiménez talk about gender diversity in the classroom, and in society at large.

Karleen is a children’s book author and educator who works to bring a deeper understanding of gender diversity to teachers, professors, and students. Her picture book, Are You a Boy or a Girl?, was made into an animated short film, Tomboy, which won several awards at international film festivals. (Check out Tomboy for free at http://vimeo.com/10654889)

Are You a Boy or a Girl? is a sweet story that follows a young girl through a difficult day at school, and ends with her in her mother’s arms. It’s illustrated with photos, because, as Karleen tells us jokingly, “I can’t draw.” The challenges that the girl faces in her class and peer group are expressed poignantly when she tells her mother: “every day they want to know if I’m a boy or a girl and they look at me like I’m a rat or some hairy animal and they point and make jokes.”

Part of the reason Karleen’s story is important to me is that I asked that question. I was at a new school, and there was a boy in the grade ahead who confused me. He was so perfectly androgynous that I felt compelled to ask the question. As soon as he answered, defiantly, that he was a boy, I knew I had crossed a line, that I had done some- thing wrong. I didn’t know why.

In retrospect, I can hardly blame my child self. I grew up in a world where girls wore pink and boys wore blue, and the first question anyone asked of a new parent was is it a boy or a girl? Advertisements showed women in the home, tending to the needs of their man. A pamphlet on dating in my doctor’s office told me never to let a boy know I was smarter than him.

Thank goodness we live in a different world, where women work outside the home, fathers are comfortable with child care, and girls and boys are encouraged to follow their dreams into a future career of their own choosing.

Everything’s changed, right? Uh, no. When I look at the world around me, little has changed, at least in terms of gender stereotypes. Friends, relatives, and bare acquaintances ask pregnant women if they know if it’s a boy or a girl, and toy stores are organized into pink sections for girls, and blue sections for boys.

Disney Princesses reign over the world of girls, encouraging them to place their self-worth on their appearance and their ability to attract a man. Toy stores offer girls play kitchens, Easy-Bake ovens, and fake make-up kits. Boys are expected and encouraged to be competitive, aggressive, and strong. They’re offered toys like action figures that smash through everything in their path or have the blaster to take on all comers. Don’t believe me? Spend Saturday morning watching cartoons.

The real danger is that the media messages that bombard us and our kids from all sides make us think that these stereotypes are, in fact, real and normal. These ideas about gender have become so normalized in fact, that an article in this very cool publication felt comfortable saying: “Marriage bears little resemblance to the gooey-eyed idyllic imaginary paintings that little girls suckle themselves to sleep with.” (the Advocate. Volume 1, Issue 5. January 2012. Ridiculous Love.) I don’t know about you, but as a girl I dreamed about being a librarian and a spy, not a wife.

So what happens if you or your child does not slip comfortably into a girly tiara or boyish Darth Vader mask? How do you feel if the culture around you—at school, in the media, on the playground, at work—doesn’t give you a single image of your own reality, brands you as deviant and abnormal, and tells you that who you are is unacceptable, wrong, even immoral?

That’s where a book like Are You a Boy or a Girl? comes in. The book ends on a tender note, with the girl’s mother telling her: “ever since there were girls and boys, there have been girls who like to do boy things and boys who like to do girl things. And when you know that and you’re all grown up, you’ll know you can do anything you want to.”

Don’t get me wrong. There’s nothing wrong with girly girls or boyish boys. But we need to make room in our society, our schools, and our hearts for the children who don’t fit into those categories, who are charting a brave and difficult course in their search to become who they are meant to be. I’m advocating for these courageous people and for a future where diversity is normal.

My Princess Boy, by Cheryl Kilodavis