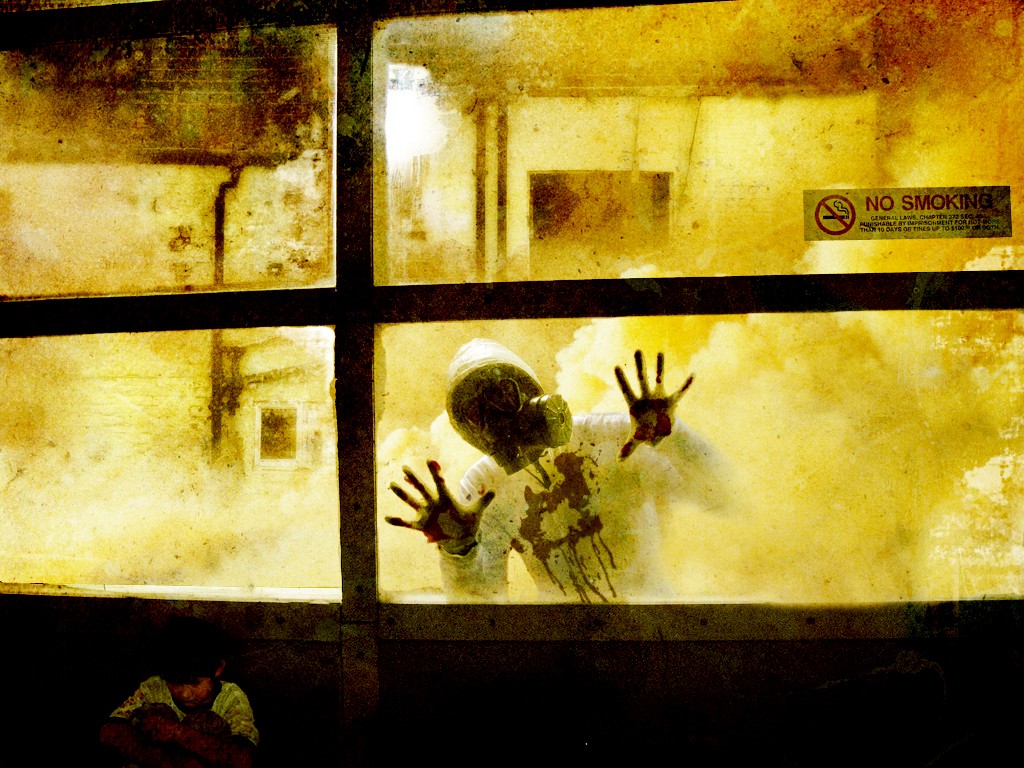 At a high school in Ohio on February 27th, five people are shot; 3 dead, 2 injured. At a university in California on April 2nd, ten people are shot; 7 dead, 3 injured. This list goes on it seems, each month with a new shooting making the news, never mind all the school violence which goes unreported or isn’t considered drastic enough to make international news. When the Columbine High School tragedy happened, Americans and Canadians alike were both in shock and awe this could happen. Now, it seems while we are sad there is no longer an element of surprise, just that there has been another school shooting’. What’s scary is this has become the norm, with the shock value only affecting those when it happens in their own community. It hasn’t happened here, we are fortunate, but we must not forget how easily it could happen.

Our high schools are full of the elements which allow a situation like this to occur. My own personal experience with bullying reached the point where I switched schools to try to get away from the worst of it. It started almost immediately, by those whom I had been friends with my whole life. The battle for popularity happens everywhere, but was never something I sought after. While those around me desperately sought the attention and acceptance of so many they’d just met, I paid the price as they could no longer associate with me, given I would be friends with anyone without prejudice. It was not enough however for us to no longer be friends. Soon, the verbal comments started when I’d pass them in the hall; making fun of my clothing, calling me names which were beyond absurd for a quite innocent fourteen year old, or just making rude noises or gestures. Eventually, when they stopped getting the reaction they wanted from me, it turned physical. Simple little things at first, like bumping into me as they walked by, which would get more aggressive each time it happened, to purposely knocking me out of the way. It doesn’t take long for this to go on until one just stops walking around in the hall and only goes where they need to be. Some of the tougher girls even liked to try to pick fights with me. Now for anyone who knows me, I am the furthest thing from a fighter. Sometimes I would hang out with my friends as they smoked outside, but when the physical provocations began, I felt forced to stay inside except to come and leave for the day.

It didn’t even take three months into high school for this to carry over to the bus ride home. I went to St. John’s College and lived up by the Brantford Mall. In stereotypical movie style, the cool boys at the back of the bus seemed to live to make fun of me. They’d call me fat, tell me I need to go on a diet or I looked like a whale, all of those lovely things a young girl’s self-esteem desperately needs (sense the sarcasm, please). Looking back, the absurdity of these comments is off the charts, given at the time I was 115lbs. and was thinner than most of their friends. Nonetheless, it had the effect I suppose they wanted. Their comments got into my mind, created the insecurities no young girl should have, and as a result, I didn’t wear skirts, dresses or shorts for seven years. It wasn’t until I was in university, grown up and really learning who I was as a person, that I realized how I couldn’t let grade nine taunting continue to define me.

At the time, I decided to escape their bullying by simply taking a different bus home. While it dropped me off further from my house, I was more than happy to walk a further distance than have to deal with the other kids. When the high school started enforcing bus assignments, allowing only students who had the right bus card on to their correct bus, I was actually crushed inside. I started to walk the almost five kilometre trek home, because it seemed like the better alternative. I even remember one winter day, it was a blizzard outside and my father had dropped me off in the morning, and in the rush of getting to school on time I’d forgotten my coat. Five kilometres is not terribly far, but walking that distance in a blizzard with no coat is something that sticks out in your mind for a long time.

Many say these are the kind of things all high school students have to deal with and sort out, which unfortunately, for the most part, I agree is a reality. But what I can’t get over when I look back at it all isn’t what I had to deal with from the students, but rather from the teachers. The thing is, when you’re picked on or bullied, at least in my experience, you develop a smart mouth to talk back with, which becomes your defence mechanism. Meanwhile, the bullies are sweet as can be in class. While the teachers were fully aware of who the bullies were and who was picked on, they did not care. All that mattered was while in class, if you were sweet and kept your mouth shut, you could get away with anything. If you had the smart mouth, to deal with the students secretly kicking you from behind or writing you nasty notes, the teachers would come down on you hard. The school allowed a system in which the bullying not just occurred and continued, but was essentially encouraged by the teachers.

As all of this continued to progress and get worse, by the time I was halfway through my first term of grade 10, I made the decision I was going to switch high schools. It’s a small town, yes, but to me it was still a fresh start in a better environment. And to be honest, it worked. I still experienced the ups and downs of high school and learning about the good and bad about other people through experience, but overall, I had an amazing time. I had great friends to hang out with, I went out on weekends to parties and sports games and concerts and anything else you can imagine, and when I look back on high school, unless I focus on the bad, all I remember is the good.

A few years later, I ran across someone I didn’t even know while at St. John’s, and in the midst of friendly conversation, she asked me how my son was doing. Funny that, it took years to learn that my switching of schools led to rumours that it was because I was pregnant. The fact that those people were able to bully me, even in my absence, did not surprise me in the slightest. At the time, it was the essence of who they were and who they continued to be even after I left.

What I am so thankful for is that everything else in my life allowed being picked on to be, for the most part, a peripheral part of my life. I always went home to a family who would do anything to support me, loved me unconditionally and were on my side, even when I was wrong. I always had the best of friends who I could talk to for hours if needed and would be there in a second if I asked them to be. And quite simply, I was always doing things to keep me busy, so my mind never dwelled on the bad things that happened. I try to imagine if I didn’t have the friends and family I did, and my heart actually hurts thinking about how awful it would have been to feel so alone. Yet the reality is there are people who feel like that right now in our high schools who, as you read this, are absolutely dreading going to school tomorrow or on Monday.

In the aftermath of high school violence, everyone always seems to be asking “How did this happen?” There are a million different answers to that question, but to me, it happens when people simply don’t care. They don’t care to say hi, they don’t care to be nice, their peers don’t care, the system doesn’t care, their family doesn’t care, no one truly cares until something irreversible has happened and they look to blame. Meanwhile the blame is equally all around. The two shootings I specifically mentioned are unique in that the shooter survived, not taking their own life or shot on site at the eerie end of the violence. It is my hope that beyond the need for justice, we will take advantage of their survival to take it one step further and try to understand. While I can’t possibly fathom what could push someone from violent thoughts to committing indiscriminate violence, we can now ask those who have done so. My fear is their answer would be found all around us in our own community.

It seems there has been so much increasingly written about bullying in the news the past two years, with celebrity campaigns such as the ‘It Gets Better’ one. But bullying still seems to be an issue which people care most about either while they themselves, or their children, are experiencing it. We definitely need the campaigns to change the culture within the school system, but we can’t neglect students’ external situation. It’s the little things which people remember. Since I can remember, nothing warms my heart more than the hello or genuine smile from a stranger as they pass me. The little, seemingly irrelevant gestures that someone may so desperately need that day, and you could so easily give to them. Do it.