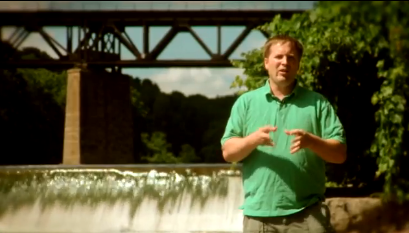 It was just after 5 p.m. on February the 6th. I was driving home from work, and I stopped as the van in front of me waited to make a left-hand turn on onto Burford-Delhi Townline Road. Suddenly, it hit me. Literally. The driver of the car behind me made an error in judgment and slammed into the back of my vehicle. After a few minutes of shock, I realized I was okay. The driver of the other car’s nerves were shot, as were mine, but we were both physically okay. That was the important part. What I was unsure of was what needed to happen next.

For some people, the sight of the familiar flashing lights of a police car sparks feelings of fear, sadness, disdain, grief and even strong negativity. But for me, the sight of those lights brought relief and relaxation. I had no idea what needed to happen next, but I knew they did. So once they were on the scene, I immediately started to feel better.

I have had a solid appreciation for police since I was a teenager. While many of my friends and acquaintances feared the pending presence of the police, I had discovered that there was a sensibility to having them as well. Growing up, many rugby parties had been held in my own backyard, many of which saw the arrival of at least one police car. But in all of those cases, seeing that a parent was home, caused the officers to leave even the most raucous of celebrations. My brothers and I had been sensible in our planning, and the police had the good sense to realize that as well.

Several years ago, I had the opportunity to become a member of the Board of Directors of Brant-Brantford Crime Stoppers. During my time on the Board, making countless trips to the police station, I was able to catch a closer glimpse at the work being done in order to protect our community. Law breakers were being punished, and law abiders were being protected. Many people tried to present arguments to the contrary, but none were successful in doing so.

Then four years ago, I was driving home from my job in Tillsonburg on a snowy night just after midnight. I’d taken the 403 exit on the 401, and just as the first bend was approaching, I felt a tire slip off the road and on to the curb. When I was finally able to jump back onto the road, my car spun out of control, landing in the ditch, facing oncoming traffic. When the officer arrived, he proceeded to speak to me about the error in judgment I had made. But I insisted that he look for a fault in the road, one that I was sure existed. After much persistence on my part, he walked to the spot in question to find that part of the roadway had been carved away, likely an error by a snowplow operator. The officer returned, apologized for his actions, and had another officer put up road flares to mark the spot of the issue. For the rest of the evening, the 90 minutes or so it took me to get a tow truck, the officer stood with me and conversed with me as I waited.

All too often, it is easy to blame others for our mistakes. Police officers, who have the difficult task of enforcing consequences for our errors in judgment and even brutal disregard for certain laws we disagree with, often become the target of our frustration. We yell, scream, bitch, and whine while they stand by, working diligently to do the job they are qualified to do. Yet many plead their case with excuse after excuse, looking for a way to escape punishment, blaming the officers for catching them in the act of breaking a law.

Many also point the finger at genuine cases of innocence, or mistakes made by members of the force, as reasons to not trust police officers. Yet, those same people made mistakes at their jobs and in their lives, expecting all to be forgiven. They won’t give police officers the right to make mistakes, but will happily give that right to themselves.

I refuse to allow police officers to go unappreciated. Too often they are victims of other people’s terrible errors in judgment, and are constantly exposed to the worst that society has to offer. They are charged with keeping us in line with the best of society’s intentions, and punishing those who refuse to have care for those around them. They have a job that I could never do, but am glad that someone else can.

And I am glad for them on nights like February 6th, when I stood out in the cold, shocked at the aftermath of what had happened. Two officers were just doing their job, providing me with the information I needed to get back to business as usual. But that was exactly what I needed, exactly when I needed it. For what they did that night, and the work they do day after day to protect us and our community, I am eternally grateful.