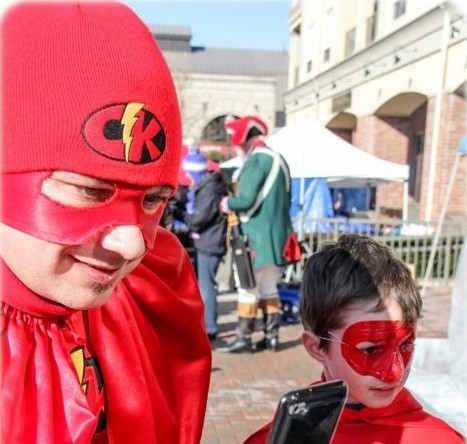 I’ve spent almost all of my life as a church person. I had a couple of years where God gave me a mulligan while tasting the fru-its of the dev-il…but prospectively, the Christian Church has always been a major part of my life. I grew up in the United Church, split away to go free-agent Indy, joined a Congregational network, was a die-hard Pentecostal, had a brief respite as an African grass-rootsy, and then planted a non-denominational called Freedom House here in Brantford to try and bring ’em all together. I have a deep appreciation for all of them, while still having lingering burrs up my butt about all of them. They all confuse and infuse me with passion. But I have a growing understanding that God loves them all more unilaterally than I previously suspected.

There are 2.1 billion people like me, mandated by an ancient, living, teaching to gather regularly and live life together as a part of massive global family. It’s estimated that there are 3.7 million Christian congregations around the world with 67,000 denominations. There are close to 50,000 new congregations being added each year. Talk about family dynamics!
The Church comes with many of same the daily struggles that most organizations have with the one major difference. It has a mandate from God Himself. The weight of this charge mixed with human preferences, bents and traditions can wind up being…well…weird.

I’ve been in a meeting that included (not exaggerating here) 50 swords that – including most of the Lord of the Rings replicas – by the end of worship, were being waved about. I’ve been in a prayer room with a group of quiet contemplative Baptists when “The Shofar Guy” triumphantly walked in and began blowing that ram’s horn like his life depended on it. That’s a moment that would have won America’s Funniest Home Prayer Room Videos. Or at least got the Tom Bergeron bobblehead.

I’ve also been in meetings that saw people laying prostrate on the ground under the weighty presence of a tangible God. I’m sure I haven’t seen it all, but I’ve seen lots of good, bad and a whole lot of in between. Because each person in each of these stories was, and still is, expressing from a very genuine place of worship to the same God, His grace for all of it must be more broadly defined than ours oftens succumbs to.

People are the variable in each equation. It’s not easy to figure out how we humans should behave around someone we respect and want to impress. A good looking girl, a business person you look up to…God. And because of that, sometimes it can get weird and awkward. Like you never panicked and done something awkward when you’ve gone a courtin’?

Not every moment has to be poignant. Most aren’t. I was in a worship service recently where, at one point, there was a woman attempting to sing in a falsetto that sounded like a cooing dove struggling to breathe. At the same time, there was a young woman singing completely off key in my ear. At the same time, a shaggy man was aggressively knee-drumming completely off beat to a song I didn’t like. I wanted to bail and take a walk just to let my brain exhale. But what was happening was genuine. People were lifting what they had, in their own way, to God. Not pretty…but real. More real than most life scenarios, because people were actually expressing love. A rare bird sometimes.

I remember going to a family funeral when I was a zealous young Christian at a small Anglican Church. Sadly, I got weird. It ended with me being outraged that the priest delivering the message had the nerve to not preside over the meeting like I would have done. I tore out of the parking lot in my dilapidated Chevy Cavalier to make a point. It was an incredibly immature reaction to something as menial as style. I hadn’t learned to get over the things that just don’t matter.

A few summers ago I visited Saint Joseph’s Oratory, a massive Catholic Church in Montreal. The largest church by size in Canada. It was made by a spunky little man named André Bessette. The most impressive part was not the size of the Jesus statue around the sea of candles. It was the walls upon walls covered with thousands of canes and crutches that used to belong to people whom Catholic priest André Bessette prayed for. Bessette would visit the sick in their homes and recommend them in prayer to St. Joseph. He’d anoint them with oil from the lamp that burned before the St. Joseph altar…and they’d be healed. Like healed, healed!

My charismatic side leapt for joy when I saw this. My prideful protestant side wanted to be theology conflicted. Why did a saint have to be all wrapped up in this equation? It should have messed with my theology. But I’m learning something. God desperately wants to show himself through his Church and he mercifully grants us gobs of grace while we make our way through this astounding mission as awkward, mid-learning-process, but loving kids.

The Church is made up of billions of ordinary people just like me, with a burden to share Jesus with the world…somehow. So many of these people make enormous life sacrifices to do it. Many never invest in retirement plans because they feel their money would be better spent on The Church. Many make below poverty line salaries, because it’s what The Church can afford. Many receive, “You’re a heretic and you’re leading people to hell,” emails and personal confrontations daily, because of a desire to stand for truth. Many around the world lead churches without any education whatsoever…just because it’s burning in them. Many live with the discouraging feeling of an uphill battle, but with a heart full of Holy, ache for the world around them.

But there are those windows of time where we’re granted a taste of U2’s heavenly dream of, “The kingdom come where all the colours will bleed into one.” An earthly preview of coming eternal attractions. And that my brother…makes it worth it.
The Church is weird but extraordinarily beautiful. I want more.