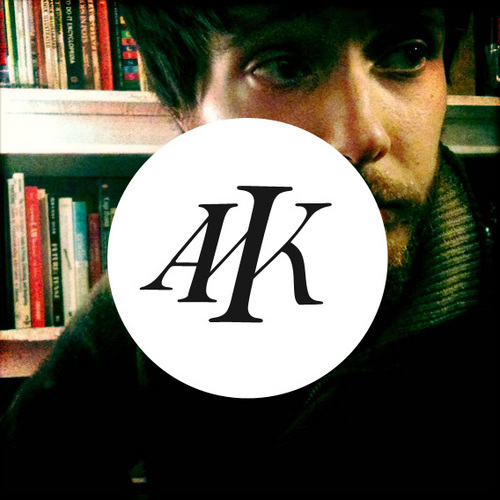 “Time is the very lens through which ye see — small and clear, as men see through the wrong end of a telescope — something that would otherwise be too big for ye to see at all.”

“Which one is your favourite?” Autumn asks, looking at me, as she waves at the collection of sample outdoor fireplaces and fire pits arrayed on the concrete floor in front of us. “You know which one mine is,” she says, drifting a sideways nod toward the circular, raised fire-pit to her left. Made of rough stone and smooth granite, it looked to me more like an altar ancient Israelite priests might have used to for sacrificing lambs than something you’d put in your backyard. I looked up toward the 80-foot warehouse ceiling of the Lowes hardware store we were in, down toward the 40-foot-high rows of shelves upon shelves stretching out, and back down to this little collection of stone and metal. And couldn’t decide. “Depends on the context, I guess.”

This is a typical cop-out response for me. Most times Autumn asks me about which of something is my favourite, she follows afterward with an immediate, “Oh, never mind, I forgot—you don’t have favourites.” Which isn’t quite fair, even though it’s mostly true. I do have favourites. I just don’t have the capacity to choose ultimate favourites. I can give you a top 5 list for most things, but whittle it down to one absolute singularity of preference? That’s hard. And that makes writing this post particularly difficult, as it’s supposed to be on my “favourite author”.

I wonder if my aversion to picking a favourite might have something to do with my desire to never settle or stagnate. I feel there’s some kind of finality, some sort of capping of the crown when I definitively choose a personal number one for category x. Because if I’m not moving, changing, growing, I’m dying.

The more I spun this post around in my head, the harder it got to choose a single author to cover. I started thinking about what it means to have a favourite in the context of all the reading experiences I’d had so far in this little life, and knowing how much good literature I’ve yet to even touch. It almost feels like a crime to place one person and their subset of work (with its inevitable mash of better and lesser pieces) above the rest. But in an effort to have some decision, some focal point to this piece, I’ve tried a different way of choosing a “favourite”: I’m sifting through all the most memorable moments I’ve had with books, one by one.

Moments of delight, of epiphany, of harrowing fear, of gentle understanding, of immersion… Flashes of Vonnegut’s isle of Bokononism and Tolkien’s Shire, of Solomon’s cries of “meaningless, meaningless” and Yoshikawa’s descriptions of 17th century Japan — these light up among a myriad of others. But, in time, memories of moments from the works of one author in particular have been repeating often enough to give him the edge. And so, for the purposes of this moment, I’ve tailed in my yammering to make good with this one author, who you’ll most likely recognize by the combination of initials and last name: C.S. Lewis.

I’m not going to talk about Narnia and talking lions, (though I enjoyed those books as a kid) nor the bestselling demonic correspondence of The Screwtape Letters (which I wasn’t particularly fond of), nor his many and well-regarded non-fiction titles on Christian belief and practice. No, what I’m more interested in is Lewis’s lesser-known adult fiction, which with its added complexity, philosophical treatises and of course his trademark theological meta-narrative, still manages all the open-eyed awe and fantasy of his children’s books.

There’s his “cosmic trilogy”, including the socio-colonial commentary and Verne-esque vintage sci-fi imagery of Out of the Silent Planet’s exploration of the widely different cultures and creatures of Mars, the wildly creative and feel-good Edenic origin myth narrative of Perelandra’s voyage to Venus, or the terrifying (especially the first time I read it, at the age of 10) eco-theological themes of That Hideous Strength. In fact, so in love with these three books am I that when my son was born this year, I named him Ransom, after the lead character of the books. (The name hasn’t been popular since the 1850s, according to baby name websites, so even Lewis was hitting an odd chord in using it in the 1940s.) Though they’re science fiction, these books are sewn through with passages of philosophical dialogue and soliloquy that set them far beyond most works in any genre, let along the pseudo-profound (at best) silt that lumps through most of the science fiction and fantasy genre. (Not that I’m hatin’. Those have long been my mainstays for recreational reading.)

Then there’s one piece of writing that I have no trouble calling a “favourite” — the novella The Great Divorce, where Lewis takes a tour of hell and heaven, encountering various scenes and souls as he troubles out an understanding of what exactly he’s experiencing. If you’ve ever struggled with the Christian teachings of eternity, hell, and afterlife, it’s a massively beneficial read, but apart from that, the commentary on human nature and relationships is also worth giving it a go. And if you’re more the audiobook sort (something I’ve tended toward for recreational “reading” recently since I spend so much of the day exhausting my eyes looking at screens and type), I highly recommend Robert Whitfield’s reading of it.

One of the things I like best about Lewis’s writing is his framing of human relationships. He often steps back and lays out the underlying preconceptions or misunderstandings that influence characters’ views of one another, even how these missteps compound to create even stranger effects. The Great Divorce is full of this kind of exposition of human interaction; That Hideous Strength too, and to varying extents, much of his writing has elements of it — even the Chronicles of Narnia in some places.

In the same way he steps back away from people’s interactions, he also steps back away from his culture, even from the accepted physics of space and time, and gives us a glimpse of something out of our own context. And that’s perhaps one of the most valuable elements of Lewis’s writing — his ability to take the supernatural and make sense of its nature, and his ability to take the accepted natural and normal parts of experience and bring them into the light of larger patterns and narratives beyond our eyesight and earshot. Many authors do this — most of the authors I enjoy do this to some degree — but Lewis has managed to do it not only in a deeper way, and with more clarity, but even aligns it with the views of traditional Christianity. (A feat on its own, many might say.) The rational, thematic qualities of his writing really seem to me to be a master-course in how to build a cohesive meta-narrative across a body of literature. That alone, apart from their creative capacity, quality of prose or entertainment value, is something to notice and emulate. Apart from that, I can think of few other writers who’ve managed to make abstracts of philosophy and theology as tangible and consumable for a 10-year-old as for a 40-year-old.

We need more like Lewis for that reason alone — creative producers willing to grapple with the esoteric and deep alongside the fantastic and fun, and wrap it all together in single portions of art. It’s those colourful, entertaining beds of action and character narrative that can bring to life ideas and help young minds puzzle together logic and abstract concepts without getting bored and going off to play a video game. Maybe that battle is lost, but I don’t think so. Maybe that writer is reading this who will find a way to unlock imaginations of all ages and creatively foster depth of understanding.