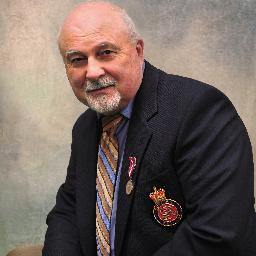 The celebration of the feast of Corpus Christi is a very important day
for over 1.2 billion Roman Catholics world wide. The Eucharistic
procession (the body and blood of Jesus Christ) involving Brantford and
Brant Counties will take place this Sunday June 22nd starting at St.
Joseph’s Church on Brant Ave. and ending at St. Basil’s Church. Father
Adam Wroblewicz of St. Joseph’s said, “I share the experience of Corpus
Christi from my youth in Poland because it helped to form my vocation to
the priesthood and religious life”.

This will be the 7th year that our community celebrates this cultural,
spiritual and historic event. Over 700 participated last year in the
procession that was comprised of citizens from our city and county that
included the Knights of Columbus, World War Two veterans and survivors,
Catholic Women’s League, Rosary Sodality and many young adults dressed
in traditional Polish costumes. Our spiritual leaders, from five
Catholic Churches (Our Lady of Assumption, St. Mary’s, St. Basil’s, St.
Pius X, St. Joseph’s and St. John the Baptist Ukrainian Catholic
Church) also reach out and get the support from over 7000 students
within the Catholic District School Board’s 65 schools.

Not only is this year the 750th anniversary of Corpus Christi but it is
also the 100th anniversary of the beginning of World War One.
Declarations of war were made by many countries starting as early as
July 1914 but it was on August 4 that the British common-wealth, this
includes Canada, declared war on Germany. Thousands from our community,
including Six Nations and Mississauga, volunteered. Over 65,000
Canadians and First Nations lost their lives. There are no World War One
veterans alive today.

It was also 70 years ago this month, June 4 1944 that marked World War
Two’s D-Day allied invasion. This was superseded by the southern
invasion that had already started in 1943 culminating with the battle of
Monte Cassino that began 70 years ago in January and ended on May 18
1944 when the Polish 12th Podolian Uhlans Regiment of the Polish II
Corps, commanded by Lt. General W?adys?aw Anders, raised the Polish flag
over the ruins. This combined allied invasion of Europe from the north
and the south along with the Russian push on the eastern front was the
collective beginning of the end of Nazi fascism. Over 45,000 Canadians
and First Nations lost their lives in WW2. Just one WW2 Polish veteran
of the battle at Monte Cassino is still with us today. His name is Paul
Lojko.

In addition, Brantford, as a city, was incorporated 137 years ago and
the last battle of the War of 1812 was fought at Oakland 200 years ago
this coming November the 6th when over 750 Americans cut a path all the
way from the Detroit River to the banks of the Grand River.

Brantford was always and still is an all inclusive and wonderful
multi-cultural community. It is a home to over 35 churches and religious
temples of various faiths. This includes a mosque and a Sikh temple,
Anglican, Baptist, Roman Catholic, Ukrainian Catholic, Pentecostal,
Salvation Army, Presbyterian, United, Christadelphian, and Mormon. Our
Six Nations and Mississauga neighbours celebrate and practice both
traditional ancestral First Nations spirituality and a more modern
Christianity.

As a city, county and neighboring Six Nations and Mississauga our
numbers are in excess of 150,000. Each and every one of us is a part of
and own a wonderful and collective history. We have endured a myriad of
hardships that we have overcome. We are working to overcome a few more
but let us separate the work that yet needs to be done by not
diminishing or minimizing what we have to commemorate and celebrate.

Corpus Christi is one way that Roman Catholics remember, honour and
reaffirm their relationship with God, with the Creator. We all have our
own spiritual and cultural beliefs and that is why it is important to
understand and respect other people that celebrate their spiritual and
cultural beliefs that are different from our own. We fly around the sun
at 67,000 miles per hour. We are in the same vehicle. When we go on a
trip with others in one car isn’t it better to travel in harmony to our
destination?
Kindest regards, Zig Misiak
www.realpeopleshistory.com