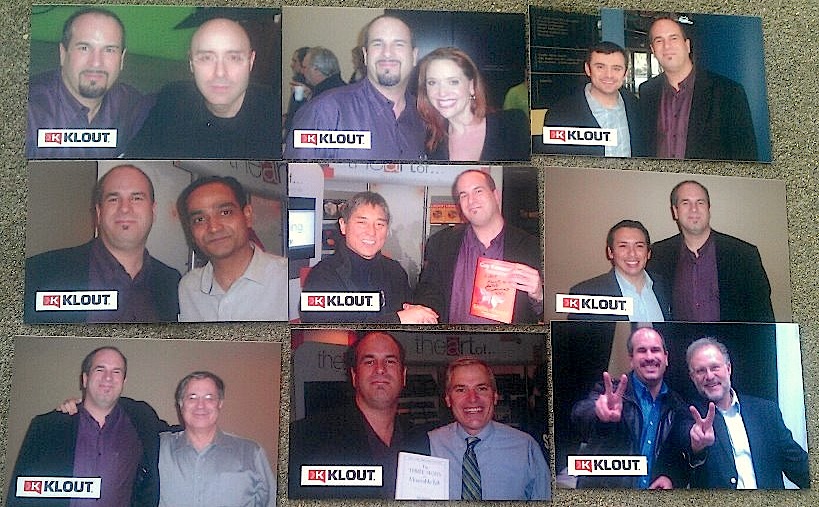 Stephen King once said that he gets paid to write about his nightmares. I awoke on a cold morning from a nightmare myself and it spawned this article. It was not a nightmare about ghouls, demons or zombies. It was a nightmare about celebrity status and cursed egos.

In the nightmare, the production team was waiting with growing anxiety. The writers were making last minute changes to the script. The lighting crew was casting the perfect light. Everybody was eager to make this celebrity shine under their professional gaze. The celebrity, however, was outside having a smoke simply to make a point. “They can wait,” he said, “I am the real star of this show, let them wait.”

On March 2, 2012, I attended the Canadian premiere of a new documentary about Twitter called Twittamentary. The screening was hosted by the Personal Computer Museum at the Wilfrid Laurier Research & Academic Centre. The PC Museum made history on February 20, 2010 by sending a Tweet using a vintage Commodore VIC-20. The Twitter documentary explored the lives and bonds of the interconnected community that make up this real-time social net-work.

After the show, I was invited to have a few beers with some of the local tweeps (folks on twitter) that make up the social media landscape of the area. As we were walking to the bar, one jokingly said that the one with the highest klout score had to buy the first round. To many, klout still remains an inside baseball term. For those within the twitter community, klout is perceived as a measure of influence on the social media landscape. Having a high klout score is supposed to come with social influence (klout), and in this case, social responsibility (beer).

As we compared our klout scores, many in the group already knew I had the highest klout score in the city. Being a recent immigrant to Brant- ford from Toronto, that was not necessarily a hard thing for me to achieve. Toronto is rather large and it can be easier there to plug into social networks. However, in our midst was another out-of-towner with fifteen times (+40,000) more followers than I have. He would clearly have a higher klout score than mine and the contents of my wallet would be safe. To our surprise he did not have a higher score than me and a lengthy debate over the merits of the klout algorithms and connected network activity ensued. You can check it for yourself at Klout.com.

When all is said and done, my high klout score has given me plenty of perks. I have been invited to attend media night premieres of theatre releases and stage productions. I have been given complimentary passes to major event launch parties and sporting events. I have partied hard, ate bacon, and drank Jack and Coke with the cast of Epic Meal Time. I have been to conferences to see the likes of Seth Godin, Mitch Joel, Guy Kawasaki and many other notables for the price of a blog entry. I have also recently been asked to be a panel speaker at Tweetstock 007 mostly based on my social influence. But what does all that klout matter? I am writing this post in my minimally heated basement studio. It is the tail end of a Canadian winter and it is cold. The wind outside is howling from the tornadoes currently flattening farm land south of me in the United States. I live in a city with a high unemployment rate, a high poverty rate, and a high homelessness rate. It is cold, windy and did I mention a Canadian winter. All I wanted this morning was a warm shower without thinking about the increase to my hydro bill.

All the klout and celebrity status in the world means nothing. NADA! Many may use it as an excuse to flaunt their perceived power over others. Many renowned singers have gone from touring with the greats to living in a car. Many A-list celebrities have lost it all in the search for the new high and quick fix. Many high-falutin’ business folks have seen their $50 burgers and $200 steaks being replaced by a Big Mac they can only afford with a coupon in this economy. Status is an illusion that can disappear as quickly as a new influence algorithm is coded.

I gave up all the big lights and big money of the big city. My story has been more of a riches-to- rags experience in humility than a rags-to-riches promise of wealth. I moved to this city because I knew I could do social good by bringing my knowledge and experience to a city that needed it. While I may have brought along a high klout score with me in the process, it is not my klout score than matters to those in need of a better life and economy. Those with real power and influence have a responsibility to leave their egos at the door and focus on those who wish to work with them for a better tomorrow.

I recently drove into Toronto for an executive meeting in a fancy boardroom with expensive artwork and impressive accolades adorning their walls. The high rise view was stellar and it left a lasting impression for all the wrong reasons. You see, they laughed out loud when I informed them that I drove in from Brantford for this face- to-face meeting. I was reminded that many still perceive this city for all the negative sentiments associated with it. They still see Brantford as the Telephone City of wires, steel, and retired hockey greats. I recently read a tweet that described Brantford as the skid mark of Ontario.

Well I see this city for what it truly is and what it is destined to become. I often refer to this vision for Brantford as Telephone City 2.0. In a world plagued with two hour commutes and escalating fuel costs, the future of Brantford is clear. This city is destined to become the hub for telecommuting in Southern Ontario. What better place than Brantford, which made history with the first distance telephone phone call to Paris, Ontario.

What better place than Brantford to shine as a cost-effective solution for financial prosperity in the modern social economy. In a world where every tool you need to operate your business is available on the Internet often for free. In a world where a single tweet can land you a six figure contract. In a world where your collaborators span the globe. In a world where projects start off in Paris, France and finish in San Diego, California without leaving your basement studio in Brantford, Ontario.

The future is clear. Those who embrace the community lifestyle of Brantford and telecommute to the world will have the last laugh. As the high rises crumble under the weight of bureaucracy, office politics and excessive costs, the future of Brantford will shine as an example to the world. My friends with their high klout score shook their heads when I made the decision to move to Brantford. We shall collectively remind them that Telephone City 2.0 is where the puck is going to be.

21 Replies to “The klout of social media – by Robert Lavigne”