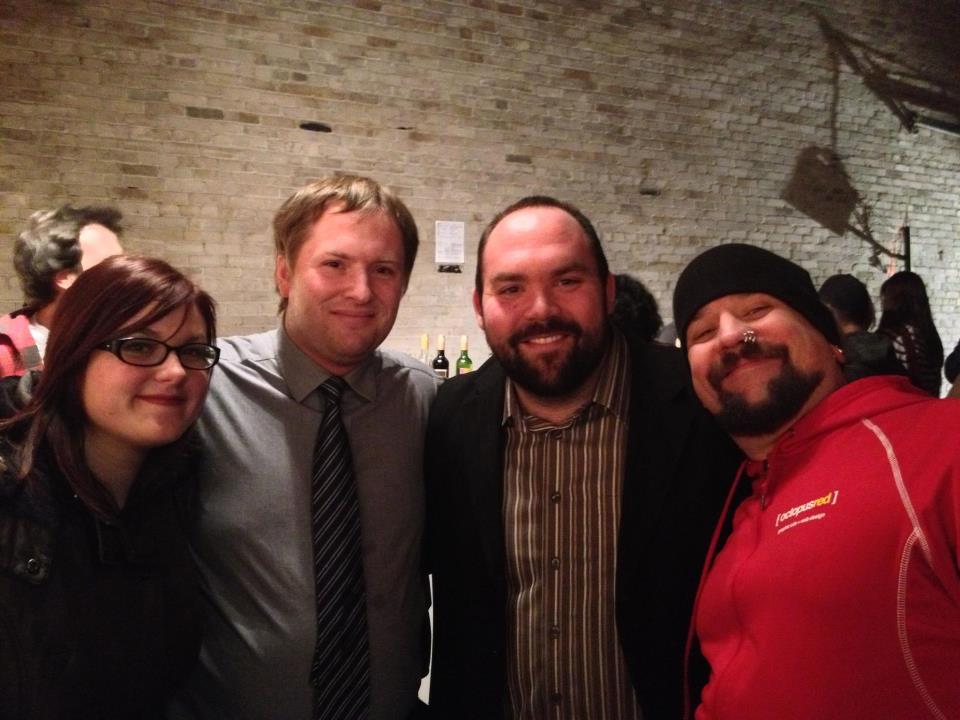 I’ve said it before: sometimes it’s hard not to focus on the negative.

I watched with anticipation to see the results of the Expositor’s annual contest, where they poll the masses to find out the biggest news story of the year in Brantford. In the end, the destruction of Hockeyfest was the biggest newsmaker, winning by a wide margin.

Sad, and yet, not surprising. Certainly there were few stories involving local people that were any louder than the Hockeyfest debacle. The controversy affected many in our community, from those who missed out on the opportunity to see a favourite band play, to all of those people who lost wages, ticket money, or sales as a result of the show’s cancellation.

Despite all this, it’s still disappointing when negativity travels so easily to the forefront of our minds. Sure, this wasn’t the only upsetting news of 2012, what with the number of job losses, tragedies, and general disappointments that reared their ugly head from time to time in the community. And yes, there were many other local, provincial, federal, and global issues that upset us as their images dominated each passing news media report.

For the pessimists of our community, the ones who flock to whatever podium they can find to rant and rave, the disappointments only fuelled their unquenchable fire. While I can’t produce the statistics to back it up, I would suggest that the naysayers provided more negative commentary about this community, through extensive use of web forums and social media, than any year prior to 2012. Rather than use 2012 as an opportunity to try somewhere new and get away from the community they so clearly loathe, they choose instead to show their disgust for anything they don’t agree with.

A funny thing has emerged as a result of all of that negativity though. As you observe the negative discourse that surrounded discussions about the community, a second narrative was also being created. It’s a narrative that is based less on past biases and discussion of a time once perceived as the good old days of Brant. It’s a discussion where people don’t call each other names and fail to respect the opinions of the person on the other side of the issue. Not that those discussions don’t still exist, but they are becoming less the norm and more the exception.

The discussion that began happening was the one going beyond the newspaper forums and social media rabble. It’s the level of discussion that was going on during community activities, in coffee shops, at our sporting venues, and in our institutions. People were talking about this community using facts, people, and events to make points in a respectful and informative fashion. The discussions are allowing people to learn more about this community and what is happening here. In essence, this is a community slowly experiencing a renaissance of positive dialogue.

I witnessed a conversation a few weeks prior to the Christmas holiday, where two people took a negative discussion about the South Side of Colborne Street and turned their focus to the wonderful green space that has been created, and the endless possibilities for other new opportunities in the downtown area. Not that long ago, few people I know could have had a positive interaction about that community space. One of the many examples I, and others, have witnessed as we have made our way through this community.

It’s difficult to pinpoint what was causing this transition. I am sure there are prominent members of the community who would like to take credit, but no individual has the ability to do so. It’s not an individual happening, it’s a community happening. It’s not driven by an event, by a person, or by a thing. It seems, at least to me, that it was being caused by an inability to see all things Brant as negative. There are just too many positive things that have been and are being created, that can no longer be ignored. It’s become just too difficult to fail to appreciate anything about this place that we live in. Yes, it finally seems as if we may turn a corner and become a community where people can enjoy their surroundings or, at least, find something about our space that they truly enjoy.

Perhaps this all began to bubble long before we ever turned the page on 2012. But there is no mistaking the fact that there has been an emergence of positive, coherent, intelligent dialogue surrounding what’s important to us in the course of the past 13 or 14 months. Yes, we will continue to disagree with the actions and reactions of those with the means to change our community. And we will never remove every negative and nasty opinion from our community discussion. But 2012 has shown that we can at least make progress toward a dialogue that benefits us all.

I hope that this will be the true lasting legacy of the year that was, 2012.