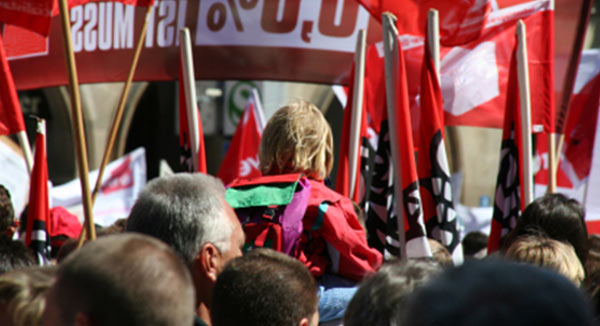 As a long time worker in the anti-violence field, I have made a conscious effort to connect local experiences of violence to ones in the international arena.

The first time I ever attempted this in any meaningful, concrete way was to invite a human rights group from Mexico to come to Brantford and Six Nations to share their story. Women were being murdered in the city of Juarez and there was a direct connection between us and them.

The women worked for companies that make our consumer goods such as DVD players and televisions. For over fifteen years now women have been murdered on their way home from work.

Juarez is part of an Export Processing Zone which, in basic terms, means that manufacturers in the area are not subject to certain taxes, levies and fees. The city has grown up quickly to meet the labour demands of Canadian and American companies that outsource the production of their goods to that area. Farmers from the south of Mexico come to the border town because they cannot compete with foreign owned agri-businesses that are flooding their markets and buying up their land.

There was a clause in the North American Free Trade Agreement (NAFTA) between Mexico, Canada and the USA that required the Mexican government to revoke a piece of their constitution that guaranteed everyone land, and that helped to prevent monopolies of agri-business.

Getting the local global connection yet?!

Juarez was growing at such an alarming speed that infrastructure development was focused mostly in the industrial end and not in the spiralling outer edges of the city where shanty towns were developing with little to no street lighting, and poorly developed transit systems. And this is where the violence against women piece comes into play.

The women work long shifts beginning early in the morning and ending late at night, sometimes walking home from the factory, or walking long distances from the nearest bus stop. It is the simple act of walking home from work that has resulted in hundreds of women never being seen again.

So we asked this one advocacy group, composed of mothers of victims and activists, to come from Juarez and share their experiences. This is where the local connection became stronger than I ever thought possible. I thought the local connection to a global issue was NAFTA and our consumerism. But there was an even bigger one.

After one mother shared her story of her 19 year old daughter being abducted and murdered on her way home from work, a man came up to me and told me he used to work at that factory – but when it was here in Brantford.

This was my “ah-ha” moment when I realized that it is true; that we really are all interconnected on some level, and in some form.

Here in Brantford, we hold a Local/Global Peace Festival. Why is this important? Why should we bother? Many think that we have enough going on in our communities that we do not need to concern ourselves with the issues of people across an ocean or a plane ride away.  And they are right. We do have a lot going on in our own communities. But they are also wrong.

By reaching out and exploring issues in other communities, we do learn more about our own. We learn new ways of handling, or not handling, concerns. We begin to understand how our daily actions can impact a person two borders away. The Local/Global Peace Festival is an opportunity to educate ourselves about initiatives to solve problems in other areas of the globe that could perhaps be applicable here in Brantford. Also it allows you to give all of your focus for one day on the need to work towards peaceful living, and that hopefully this focus will spill over into our daily lives.

This month, I am advocating for the Local/Global Peace Festival. Please join us any time during the day on September 18 on Dalhousie Street between George and Market. Afterwards, wander up the street and enjoy the sounds of the Jazz Festival. Whether you attend the festival or not, what I am really asking you to do, in any way that you can, is to put aside one piece of that day to reflect, ponder and learn about peace, Brantford and its connection to the world.