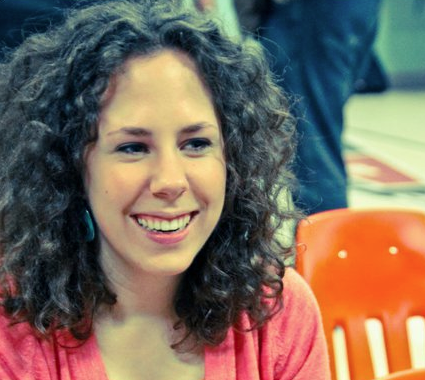 A few years ago, I was at a meeting and was talking with a small group of people. We were discussing the downtown and the clashes between the University and the local community. Most of us were saying how disappointing it is that the groups are separated and how it would be so nice to bridge the gap. One man said that he disliked the local community and that he didn’t see any reason why the two groups should interact. He even said that he hates when he goes to the library and people come and sit near him when they smell bad, are under the influence and are obviously homeless. I was stunned. I had absolutely no words to describe how big of a jerk I thought he was at the time. I didn’t say anything to him then because I was too taken aback and I did not want to start an argument.

I really wish I had defended the people he was talking about because I found it so rude to put people down, especially when they are going through a rough time! It really bothered me that he so easily judged those in need. I often think about him and what I wished I had said. None of us share the same experiences, so it always bothers me when people judge the actions of others they don’t know. I think to an extent, depending on situations, both groups are simply on the life course they were raised with. People immersed in the street life may live that way because they are following what they know and how they were raised.  At least in my case, I went to university because it seemed like the natural next step in my life because I was raised with that mentality.

The man was most offensive because he had such strong negative opinions about the community members he would see. However, he never bothered to get to know a single person. Part of the reason that I love Brantford is because I can walk around downtown and know so many people. Brantford has such a lovely, happy, close knit downtown community and that is the main reason I love this city! It sucks that the local and University groups can seem to have such an aversion to each other. Especially because I’m sure that the situation could be made better with a little bit of kindness on both ends. The man seemed close-minded and I wish that he had just opened up a little and interacted with someone. Maybe he still would have disliked them, but then at least he would have given it a shot. Or maybe he would be able to have a good chat with an awesome person! This doesn’t just apply to those in university and those who hang around downtown but to everyone.

So try and branch out and talk with someone you generally wouldn’t. There are lots of places in the community to volunteer and meet some awesome people! If that is too much of a time commitment, then buy someone a coffee or just stop and chat – don’t wait for a kindness day or for a particularly awesome man in a red suit and tights (Captain Kindness) to tell you to be nice. Just do it! Be kind to each other because it makes for a better community… and kindness rocks!

One Reply to “The Next Logical Step – by Alisha Haugh”