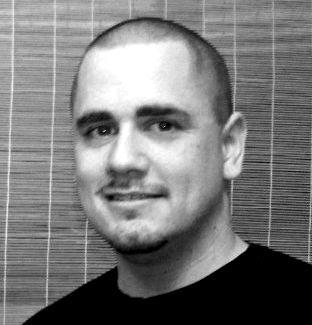 Three years ago I started a journey with no end. I didn’t know that at the time, and if I had, I’m not sure I would have had the courage. That first step took me headlong into a storm that hit the publishing industry by surprise. It was a revolution of sorts, a transformation from something old into something new.

The storm I’m speaking of is self-publishing: the act of taking your writing and publishing it on your own without the help of a big publishing company. Authors have been self-publishing their work since the first books hit the market. If you had enough money, you could get anything into print. So what changed?

Everything, really. In days gone by, the only way to get wide distribution of your work was by contacting a publisher and convincing them that your work was commercially viable. They would then take your story, edit it, put a cover on it, print a bunch of books, and distribute them to book stores. You would get a small slice of the profits (called royalties) which usually amounted to 10%. This form of publishing is referred to as traditional publishing.

At some point in the last few years, several companies decided to take out the middle-man. Amazon, CreateSpace, Lightning Source, and a number of other companies introduced services that allowed a person to write and publish their own books without having to deal with traditional publishers. This simplified the process, and made it accessible to everyone. Suddenly, anyone could publish a book and get it out in front of the masses of readers who were looking for the next great masterpiece.

When I started writing, I knew nothing about the publishing industry. I’ve been writing stories for years, but only enough to fuel the plots of the games I played. I’m a twenty-year veteran role-player, and in order to keep players interested in your games, you have to have an interesting story.

In November of 2010, I sat down at a keyboard and started writing my first full-length novel thanks to a personal challenge called National Novel Writing Month (NaNoWriMo for short). The goal is to write fifty thousand words in thirty days, which is a daunting task, even after writing three books. I didn’t succeed that year, but I did go on to finish the book. The problem was that I was faced with a question: Now what?

I had a manuscript, and no inkling of what to do with it. All I knew is that I wanted it to be made into a book. So I did what anyone in the Internet generation would do: I Googled it. My initial results turned up the nearly impenetrable brick wall that is traditional publishing. Stories about people who worked away at their stories for five, ten or more years trying to get a publisher to accept it. I’m not a patient man, so this was out of the question for me. The moment I started reading about it, I knew traditional publishing would move too slow for me.

There were a number of other options out there. I could try getting a smaller independent publisher to notice me, which was also a daunting task. There was also vanity publishing, which is basically a publisher set up to publish your books to a wide audience if you pay them gobs of cash. I found out later that these options are often scams and do little for your reputation as an author. The final option I explored was something new: Self-publishing.  Learn to do it myself? Now we’re talking.

This sounds like the easy road, doesn’t it? Hardly. Rather than an impenetrable wall blocking you from all the people who know what to do and how to do it, you have to learn how to do it all by yourself. Writing, editing, proofreading, cover design, formatting, conversion, publishing, and of course marketing. Traditional publishers have teams of people who do most of these tasks for you. When you self-publish a book, you’re on your own. It can be very overwhelming.

I wasn’t the only writer out there who chose this path. Thousands of others joined me in this journey, saturating the market with brand new books that were produced by–most of the time–a single person. Some of these were good books that wouldn’t have otherwise been published. More commonly, however, these books were sub-standard and poorly edited, with terrible cover art. The market was very quickly saturated.

The flood of bad books created a stigma around self-publishing. Every new industry goes through growing pains, and this was excruciating. It can take hundreds of hours of work to put together a quality book (I average around 600 hours), and this stigma that appeared very nearly made me run the other way. Why would I want my quality work grouped in with what was being referred to as published slush?

Somebody needs to work to change that stigma, and it’s very slowly going away. Self-published authors are gaining respect in the new publishing world because we’re learning that producing quality work is more important than quantity.

I publish my books under my own publishing company, called DragonWing Publishing. I have logos, a brand, a website, consistent marketing, and I certainly don’t do it all by myself. I rely on a small team of people, including my wife, a hired editor, and a team of beta readers to help me produce the best books I can. If you’re considering self-publishing your work, I urge you to do the same.

Oh, and if you’re wondering if this is a lucrative business? It’s getting there. Three years later, and I’m now receiving monthly royalty payments from Amazon.