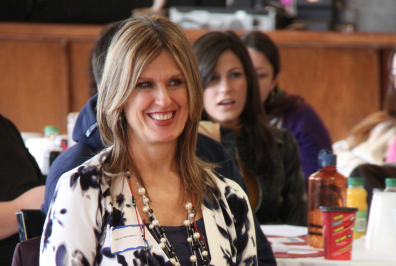 The shadow self was brought to light by Carl Jung. “What you resist persists” describes how shadowy aspects of ourselves are always lingering on the edges of our being, trying to get our attention in an effort to be healed. They are most always thought of as being negative, dark parts of our self that we want to hide from. These fragmented parts can include anger, addictions, loneliness, jealousy, insecurity and deep hurts. Unfortunately, the positive parts of our self can also be hidden and need to be embraced and expressed. Maybe it is time to concentrate on the positive aspects of ourselves and give them equal exposure; all of our positive parts need to be embraced so full expression of our personality happens. I believe this is a big part of my spiritual journey in life – to tap into my entire being and, as such, fire on all cylinders.

These positive parts may have been pushed aside as a result of not being encouraged and embraced by parents, caregivers, or educators. They can include artistic interests and behaviours such as showing assertiveness or nurturing, relaxing or ramping things up. A good guide to finding out what has been denied or pushed aside in terms of our positive shadow self would be to ask yourself the following question: What qualities do I like best, admire in people, and wish I had? The answers may reveal to you parts of yourself that are lying dormant but want to emerge. Why not make it a priority to unleash hidden talents and behaviour that has been ignored, which in turn will help to provide a balanced life?

A good friend of mine was always punished in subtle ways for being outgoing and vivacious. He was put down and sometimes given not so subtle looks of disapproval when he spoke up. As a result he always gravitated to people who were energetic and full of life. Meanwhile, after doing some work on his shadow self, he realized he, too, was alive and started acting in ways he never had before. For example, he started singing out loud in front of people in a fun way. He also smiled more and talked more often when around groups of people. Soon he discovered he was just as vivacious and expressive as those he orbited around. He became the person people wanted to be around. While doing this work he called this disowned part of himself, “Outgoing Oliver”. Whenever he faced a situation in which he would normally shut down and go within, he called upon Olly. He was fun and gregarious and a part he had deeply submersed. Olly began to come out more often and before long he was acting from the full spectrum of his being. He could be outgoing or introspective, whichever suited the situation, whereas before he was only expressing or operating from his more introverted self.

While doing this work, a cut-off portion was tapped into, and as a result I was encouraged to write this article. My inner writer had been downtrodden and hidden away for many, many years. I am so glad that this buried part of me, which I like to call “Writing Wanda,” has come to the surface. I feel more whole and alive as a result. I am beginning to fire on all cylinders. If you are interested in doing this work I have found Debbie Ford’s, “21-Day Consciousness Cleanse” and “The Dark Side Of The Light Chasers, Reclaiming your power, creativity, brilliance and dreams” to be very enlightening. It can be tough work at times, but worth it.