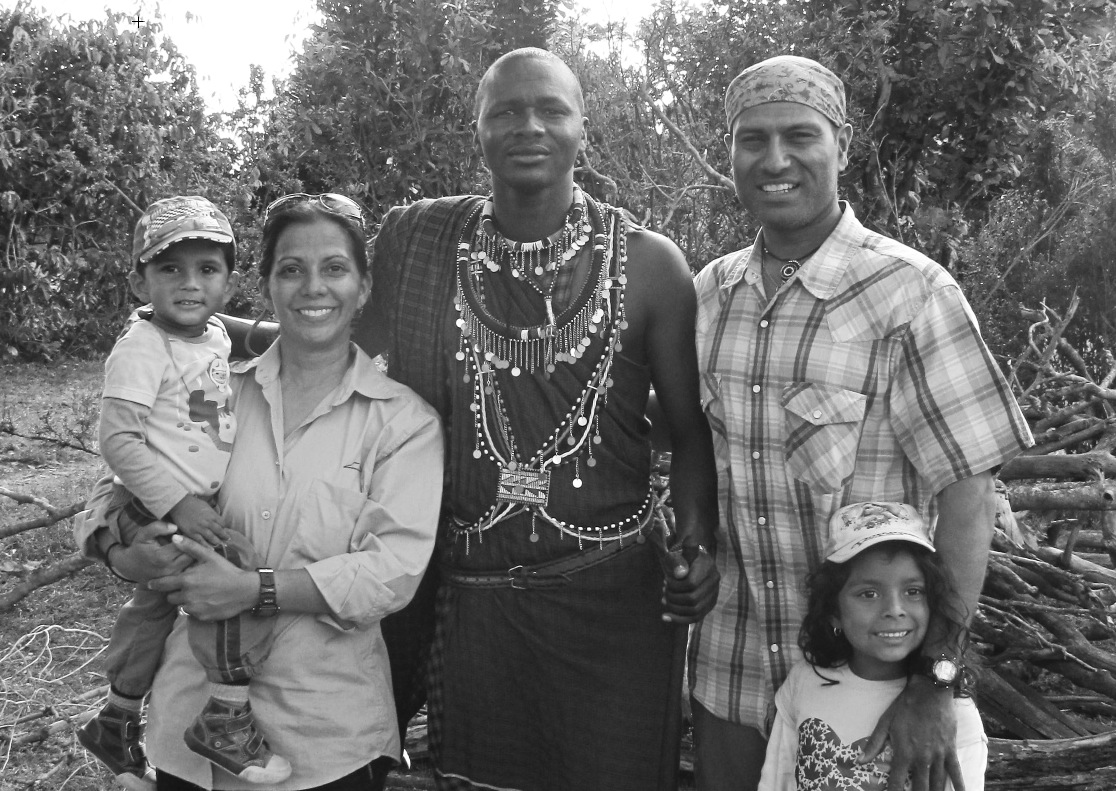 Carefully unzipping a narrow opening, so as not to wake my family, I crawled out of our simple tentwhich would be our home for the next little while. My feet were greeted with sharp dry grass, my face with a cool gentle breeze and my first morning breath had a hint of the fading campfire that had burned all night. I opened my eyes to see the sun rising over the animal dotted horizon of the Massai Mara in the same majestic way it set over the solitary acacia tree the night before.

This was the center of the earth. This was the place where man and animal co-habitate freely as it was since the beginning of time. This was Africa.

For the next three weeks, my wife, our two children and I would have the privilege of being a part of a medical /dental mission to the Massai Mara area of Kenya. We joined an international team, gathered from Canada, the United States and the United Kingdom to travel to the remote areas of the region and service its amazing people.

We would rise at the crack of dawn, break down our camp if needed and quickly be on our way. Some days we were just a walk away from the MASH unit we would set up to serve as the clinic for a day or two. Other days our commute was a 3 hour drive along carved out dirt roads that were so rough, our Canadian pot holes were mere divots by comparison. Morning traffic consisted of wildebeest, gazelles and zebras. A traffic jam was due to the crossing of a herd of elephant and one would always stop at the sighting of a pack of lions.

No matter where or when we arrived, we would always be greeted by a sea of

inquisitive and happy people of all ages. They would look like a painter’s palate with all the vibrant colors of their dress adorned with their native beaded earrings, necklaces and anklets.

We’d quickly get the clinic organized and start to make our way through triaging the never ending line of people that would appear from as far as your eye could see.

I was one of six dentists providing a service for which many of these people had never seen. So one by one we would take care of their immediate dental needs.

A tribal Massai elder who had walked over 30km to be seen sat on a two by four makeshift bench outside of the dental area. He was dressed in a traditional, vibrant red cloth and had chiselled, stone-face features. No one, including himself, knew how old he was or how long he had had a dental problem but he was none the less happy to be finally seen. Regardless of the lack of spoken word, we were able to communicate. He laughed at my attempt at Swahili but amused me all the same. With the aid of a local translator we agreed that he would require a tooth to be extracted. He nodded to me in acknowledgement, his eyes giving me his consent and trust. After his treatment he sat for a while, got up, turned to me and placed his hand on my shoulder. We looked at each other silently and exchanged smiles. He nodded to me once again, picked up his 5-foot branch that had been shaped into a walking stick, turned and walked away. His hunched body hobbled into the mass of rich color and was soon lost amongst the crowd.

As much as I wanted to take in the whole experience of the last twenty minutes, there looking up at me with her sparkling eyes and expressionless face was a beautiful little girl anxiously waiting her turn. Behind her an African woman with her infant slung around her shoulders and her other two children sheepishly being pushed in front of her. The line continued like this all day, every day.

Over the years I have been on many other dental missions to various parts of the world. This was unlike any other.

Never had a place or people continuously touched on so many emotions; each day living out of a page of National Geographic. Experiencing all the beauty of the sights, sounds and smells of the country, yet hearing and touching those affected by the underlying social injustice that is still so prevalent. This again was Africa.

My wife and I bring the children along to show them first hand that there is a whole world out there filled with amazing people who have far less than us, but are equally as happy. We also want to expose them to great people who can come together regardless of race, creed or nationality, all with the same common basic goal of wanting to help people in need.

The experiences that I walk away with from being on these trips far outweigh any of the time, money, and service that I provide. I always thank the people of these countries for allowing me the privilege and entrusting me to serve them. Unfortunately it gets lost in translation, but we all walk away with a smile on our faces.

People are always saying how they wish they could go on one of these mission trips. I truly wish they could, as it puts a whole new perspective on appreciating what we have and not taking things for granted.

In this December edition I find it fitting to advocate for the spirit of giving. One does not need to go overseas to help. People in our own country, people in our own city, are in need. Giving comes in many forms, all equally as important as the next. Whether it is monetary, food, clothing, one’s time or even a simple smile, we all have it in us to help someone.

So whether it is a remote village in Africa or our home in Brantford, my Christmas wish will remain to be peace on earth and goodwill to all.

One Reply to “The Spirit of Giving – by Dr. Lee Ferrao”