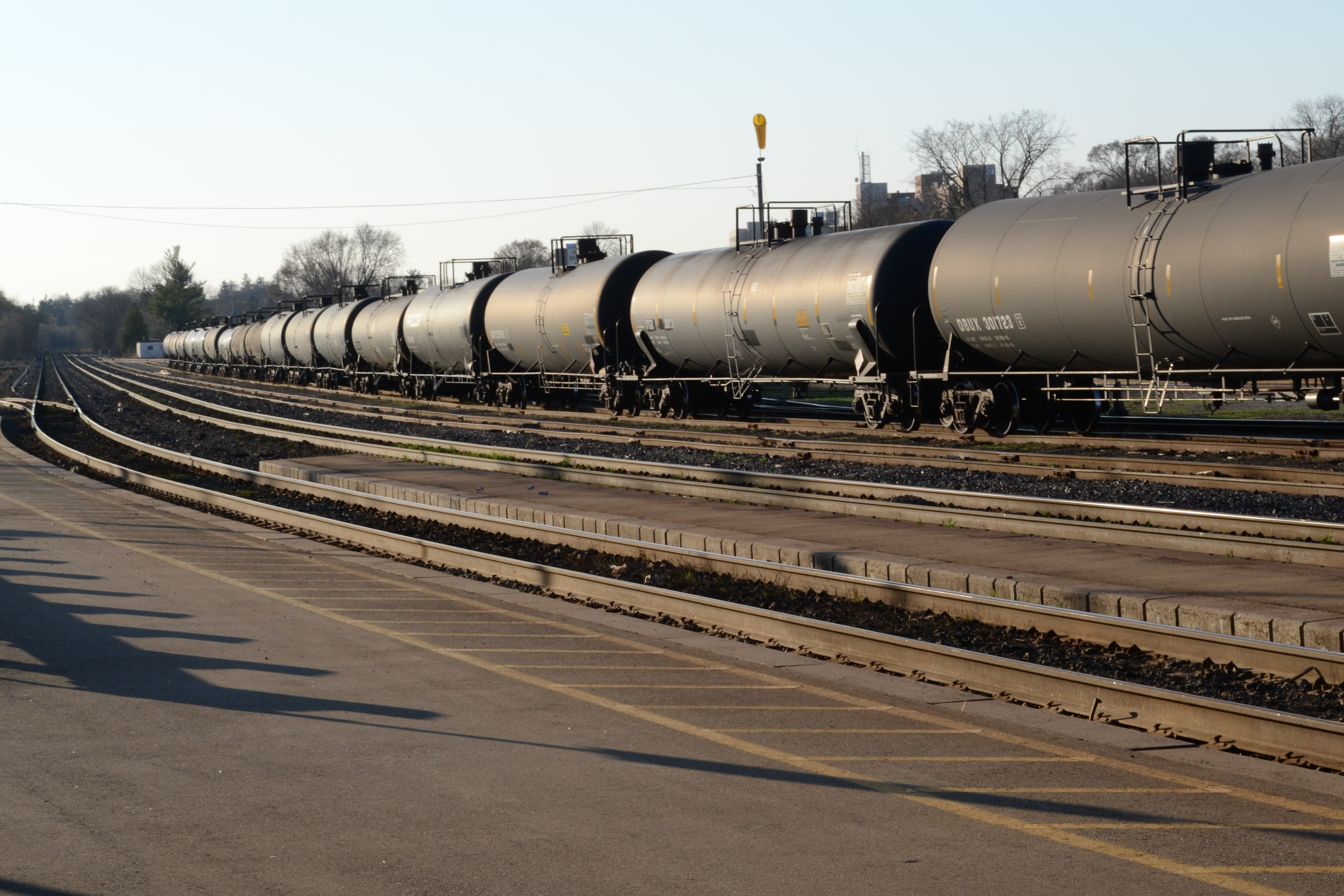 When I was a little girl my dad worked at AVRO Malton, which was later to build and fly the CF 105 also known as Avro Arrow. He had to live with his sister and brother-in-law in Toronto during the week which meant he came home on the train every Friday night. Each Sunday, he had to leave again and I didn’t go to watch the mighty creature take my father away. That was too sad because it would be five whole days before I saw him again.

But Fridays, this was my most favourite time. I would be taken to the station where people were coming and going. In summer and winter, I sat inside the station with its black and white tile floor looking out the windows waiting, watching, listening. Each train was announced along with its coming destinations and the track it would arrive on. I could see the people get on and come off the train as the conductor held out his hand for the ladies and children. He always put the box in front of the last step making sure everyone was safe. It was the first thing out and the last thing back on the train before he called “Boooooaaaaard!”

The engine would begin to breathe getting ready to leave, collecting energy. Steam came from the release valve when the engine stopped and so it would have to rebuild its head of steam in order to pull the passenger cars. It was very important that the train be on time in order to get people to work and home again.

Where the Station Coffee House sits now there was only an office for shipping and receiving. My Uncle Bill worked in there so he was the means by which I got to wait for “Daddy”

The rails would begin to hum. The man in the station would announce Number 12 from Toronto arriving on track 4. Looking up the tracks I could see the big billows of smoke coming from the engine, and hear the heart beat of the beast, chug-chug, clackety-clack making the platform shake. It was like a dragon approaching, steam billowing out of places along its sides and it slowed and slowed and then there it was. The bell rang loudly as the engineer announced his coming. All of this was very exciting for a 5-year-old child.

I wasn’t so happy about the winters always afraid that a snow storm would keep the trains from coming. The Brantford station has several widths of track going all the way over to Usher Street. Many times these were full of cars waiting for the little yard engine to make them into a chain ready for the freighters to come and take them away. Sometimes this would give me something to do watching as one would pass. I had often counted as many as 100 box cars. When I was 15, we moved to Aurora, Ontario. My Dad was then 58 and getting rides was getting harder all the time as he didn’t drive.

There was no train station in Aurora but then dad was able to car pool with other workers which meant the family could be together. I missed Brantford for my family, my friends, and the train station.

Well the station in Brantford is the same for the most part on the outside. The floor inside is still black and white. The counter is modern now allowing for computers. There are no more steam engines, no more dragons captured to pull the heavy cars. Now the diesel trains, sometimes as many as four, pull the freighters. The passenger trains say VIA, have few cars and go very fast. The sounds and smells are different. Long gone is the steam engine, the sounds of the beast breathing. Gone are the friendly people who worked in the station always willing to give a child a drink of water or answer the many questions about what, when and where the train was just at that minute.

Progress has taken over but in some ways not for the better. Oh the Coffee House is great, the people are wonderful. But the sound, the music of the rails is silent forever.