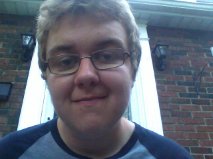 Okay. So, by now you’ve figured out that a lot of my philosophy comes from pretty odd places. I once wrote a blog post on some biblical wisdom I had come up with based on an old Punky Brewster quote. In my last Advocate article I went with the Berenstain Bears. So, here goes: Transformers.

First we’re going to talk about one of my favorite scenes in the 2nd of Michael Bay’s Transformers trilogy. I’m going to try and make this make as much sense as possible.

When Soundwave (bad guy; communications and surveillance expert) learns the location of the last remaining shard of the All Spark (big cube; powerful, good guys and bad guys both want it), then sends Ravage (Transformer; cat-like) to find it. Ravage barfs up a bunch of Microcons (Transformers; marbles that turn into bugs) who get inside a secret base and combine into Reedman (Transformer; bad guy; razor sharp and thin). Reedman steals the shard and returns to Ravage. In short, cat barfs marbles; marbles turn into thing that steals rock, then go back to cat. Follow me?

Next I’m going to tell you about a cool experience I had on the final night of “Movies in the Square”. I didn’t go; I just stepped out for some air and then headed home to Tweet sarcastic things about the events of my walk, as per what I usually do throughout my day. Something cool happened that night, though.

These guys were standing out on the street on Dalhousie and as I walked past they shouted a friendly, “HEY!” I surveyed as I walked past to figure out if I knew these guys, but I didn’t. They were just friendly. I rolled with it, said “Hey,” back and moved along. As I continued to walk they shouted again, “Do you know Jesus?” I looked back and said, “Yeah.” They got really excited and asked how long I’d known him, and if I needed prayer for anything. I told them I was unemployed and about my college pursuit of comedy writing. They blessed me and prayed over me. The whole thing was really cool.

I have a confession, though. I was actually a little apprehensive throughout the whole situation. This had never happened to me before but it felt really amazing once I relaxed and accepted that these guys were on the level, just ordinary people eager to spread the message of Christ. THAT’S awesome.

Here’s what I’ve determined: the apprehensiveness I experienced came from the wonder if these guys really cared to help a total stranger with whatever they needed. That nervousness was a sign of the old Brantford, where this never would’ve happened in a million years, where they would have been up to something. But they were legit. They cared about hearing what was troubling people and were eager to bless them, pray over them, tell them about Jesus, whatever they needed. That was a sign of the new, transformed Brantford.

Let’s go back to the Transformers. Let’s think about our community; who do we have? Freedom House. Why Not City Missions. The Advocate. These are but a few examples of people who saw the potential in Brantford and wanted to help maximize it. Change it. Give it a voice…or, as most commonly phrased by Freedom House, (yes, I’m going to say it)…transform it. Let’s think of these organizations as Brantford’s “Ravages.”  They’ve dispensed or “barfed up” people on a mission. Microcons. And these Microcons are citizens of Brantford who have seen the potential in the city and are ready to unite as a community, or form Reedman if you will, to achieve their mission of stealing the All Spark. Or, in this case, transforming the city.