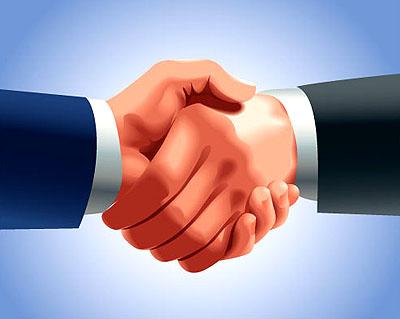 Some of you may recall a 1983 movie called Trading Places starring Dan Aykroyd and Eddie Murphy. While the movie would not likely make anyone’s Top Ten list, the premise of the movie was quite interesting. The Duke brothers, played by Ralph Bellamy and Don Ameche, were successful investment bankers who controlled the pork belly futures market through nefarious means. They made a one dollar bet. Ameche’s position was that environment controlled the outcome of what a person would become. Bellamy argued that the individual could rise above the environment if given the proper opportunity.

To prove their point, they decided to ruin the life of one of their most successful employees, Louis Winthrope III played by Aykroyd. To do this, they took away his credit rating, his apartment which they owned, threw him out of his office, and even had his butler, Denholm Elliot, deny his identity which was taken over by the fast-talking rogue, Eddie Murphy. It doesn’t take a lot of imagination to realize that the rest of the plot focused on how Aykroyd dealt with his fall from grace and his attempt to regain his lost identity. Murphy, who never had had it so well, made every effort to retain his new lifestyle.

The concept of the bet, of course, was not new. The conflict between individual accountability and environment is common throughout history. Think of feudal or caste societies. Even the Bible is conflicted on this issue. Numbers (14:18) states that, “The Lord is slow to anger and abounding in steadfast love, forgiving iniquity and transgression, but he will by no means clear the guilty, visiting the iniquity of the fathers on the children, to the third and the fourth generation.”  In contrast, Deuteronomy (24:16) says that, “Fathers shall not be put to death because of their children, nor shall children be put to death because of their fathers. Each one shall be put to death for his own sin.” Social, political and psychological studies have also debated the issue.
By now, you are probably asking what all of this has to do with me. True it is unlikely that you will be stoned to death because of something your father did or that you will be stripped of everything as a result of some bet made between persons unknown. Perhaps, however, the “bet” has taken on a different nature that relates more to the way government, the economy and technology have impacted our lives. It seems to me that these three components are merging together, probably not consciously, to foster an environment which gives precedent to “commonality” rather than “individualism”.

A simple example of this predictability is the way in which telemarketing companies operate. How many phone calls do you get in a week offering you services or asking you to donate to worthy causes? Your name has probably appeared on some list purchased from another company that you dealt with. Your phone number is dialed by an automated calling system. The formula they use is simple. They make a given number of phone calls, they get a predicted response. What is given up in this process is our right to privacy. Government may set up rules restricting how they operate and phone companies may set up systems that are intended to block telemarketing, but the reality is the calls keep coming.

Think of the way in which government provides services and regulates our lives. Our education system and healthcare are based upon the concept of universality. Rules and regulations are established to create a normalized standard based upon a principle that is believed to reflect the common good. Standards have been created to manage property, transportation, agricultural, environment, energy and credit systems. The regulatory process to control business continues to increase every year. For most of us, the idea of giving up some individual rights in order to ensure a more equitable society is a choice that we willingly make.

The problem is, however, we are no longer in control of what “choice” is and what is “imposed” on us. Governments at all levels in varying degrees believe that they have the right to define what the common good is and how that common good will be translated in our lives. The way in which it most clearly manifests itself in is how the service is delivered and how much it will impact our tax bill. As governments take more money away from us as individuals, the more likely the leveling of society will be achieved. As technologies improve, the capacity of government to regulate, accumulate information, standardize services, and enforce laws also improves. Through regulation, taxation and technological capacity, the danger is that government will not only influence the role of the individual within his or her environment, it will determine and mold the environment at the expense of the individual.

Unlike Dan Aykroyd in Trading Places, we will not recognize what we have lost. A few weeks ago, I had a conversation with a young man in his late twenties. As we discussed life, he grabbed his iPhone and argued that his generation was a lot smarter than mine because they used technology in a way we never could. He said he could access any information he needed through his iPhone and that he was better prepared for the workforce than people of my generation ever were. Perhaps so! But he was unemployed, living with his parents. His expectations were probably unrealistic in terms of the job he was looking for. What really bothered me about his views, however, was not so much whether he was smarter or better educated than I was, it was whether the information he relied upon through his iPhone was correct. I left the conversation thinking what an easy way to manipulate a generation of people into believing anything you want them to believe. All you need to do was control the data. Perhaps the wager was made a decade ago. Perhaps the outcome has already been determined.