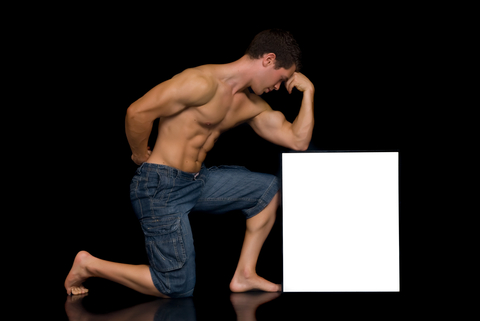 Is the 21st century male flawed or spoiled? Over the last several years, man-bashing has become a popular past time, and for good reason. The average man is considered lazy, inconsiderate and un-romantic. Throughout the decades, man has evolved and grown into what is now considered to be the man. Yep, you the man. It’s a man thing that has given rise to a new species of man. But what is a man?

Well, that depends on whom you ask. Is a man a complicated package of emotions with no feeling? Does he disappear without a trace when responsibility stares him in the face? Will he take flight when the relationship gets rocky? Or will he listen to an opposing viewpoint and be open to discussion? Is a man self-confident, sensitive and considerate, or are these signs of weakness, and how does strength figure into the equation?

Let’s face it–today’s man is a product of his past. Most men when growing up emulated a father figure, or at least a very strong matriarch. This gave us the basic foundation for our make up. So, does a sign of weakness makes him less of a man, does it make him less sexually attractive, or is arrogance/overconfidence appealing? Self-confidence is a tool; overconfidence is a weapon. Should a man be vulnerable, and, if so, is he still considered to be a man in the sense of physical attributes or looks?  Why is a man not supposed to cry, and should this emotion be seen by the ones he loves? Granted, it’s always been harder for a man to show any sort of emotions. Is too much expected, or should he be accepted for what he is rather than what he should be?

How much credibility can be placed on sensitivity or emotions? Should the emotionless man be treated with scorn and contempt? Is he still not a man? Should the sensitive, considerate man–and there is still a few left–be nurtured, preserved for the next generation? There is definitely something to be said for sensitivity. Most women would like to think that they have the market cornered as far as emotion is concerned. True, one would have to look long and hard to find what is considered to be a sensitive male, or one that exhibits that quality. With the advent of dot.com, cell phones and lap top technology, it seems that most males are affected by the I/Me syndrome. This is unfortunate, but ladies, don’t despair–they are out there. The fact is, today’s man needs to slow down, yes, stop and smell the coffee, and here’s the kicker: even ask for directions (hell yes)! You may actually find your way. Be secure in yourself to make a commitment and stick to it. I know some men are afraid to commit to, thinking they are going to lose more than material things. That’s also a possibility, and if that’s how you enter into a committed relationship, then that’s what you’ll get out of it: nothing. It’s not always going to be easy, and there may be baggage involved, but what’s so bad about an open discussion to resolve an issue? Often the heart does take a beating, but it will heal and you continue.

Is the Y2K male flawed? Quite possibly. I haven’t met or seen perfection yet. Is he spoiled? I think so, and is there anyone to blame? Well, there could be an endless supply of sources to blame, but the one that will take a large portion of that blame is society. Ironically, enough men created this little piece of heaven on earth, so you can actually say that man is his own worst enemy. R&B singer/entertainer James Brown sang, “It’s a man’s world, but it’s nothing without a woman or a girl.” Food for thought.