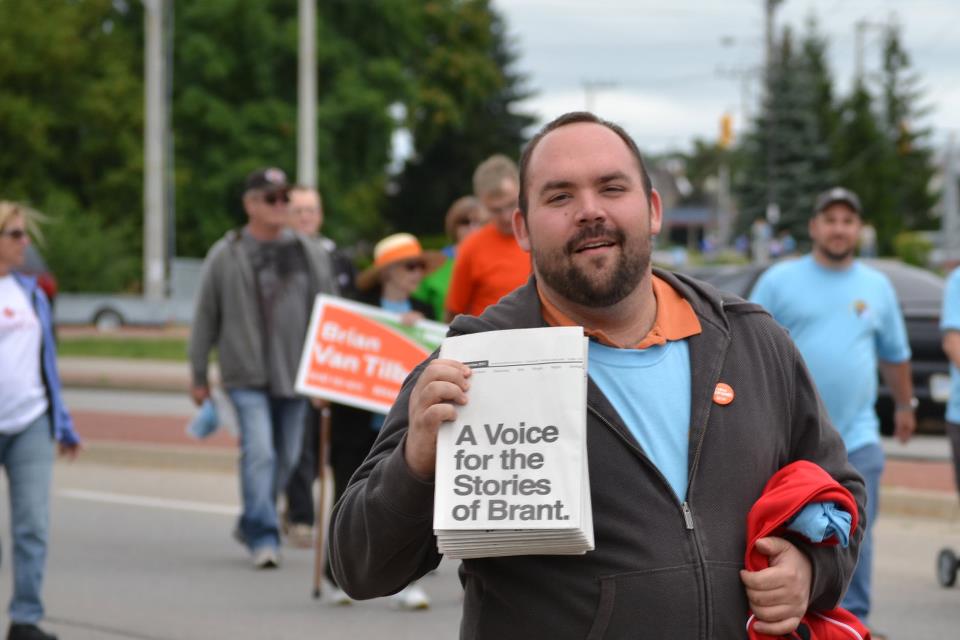 My dad really believed in education.

At least that’s the way my eight-year-old mind cobbled it together. I have this very vivid memory of him coming home when he worked as a construction worker that has always stuck out to me. I remember looking at his hands and being astonished because while I’d spent my whole childhood playing in sandboxes and dirt hills and places like that my hands had never been the kind of dirty his hands were that night.  He was using industrial cleaner to no avail – the dirt, gunk and oil weren’t coming off.

Now this is the part of story where I have to admit my dad is a frequent user of colorful language and more often than not to great effect. He knelt down to my level and looked at me putting his hands up so I could see them and without yelling but with a tone of importance looked at me and said, “Stay in school and keep going. If you don’t, you’re going to come home with #%^€*!? dirty hands your whole life.”

It was one of those lines that sticks with you when you’re a kid. Like an adult just let you in on one of the secrets of the already very secret adult world. And stay in school I did! Grade school, high school, university, university again, and still some more to get my Masters. Always working during and in between my schooling too.

During the same time my Dad found a way to go from construction to small business. At one time he owned and operated several Suny’s gas stations. I often worked at these gas stations and got to see my Dad up close as a small business owner. These lessons have helped me greatly over the last year.

Later my dad opened up a restaurant and again I saw his own journey as a small business owner and it informed my own later.  This was a little more manageable as he had more control over the model and was able to do quite a lot of really cool things with the little restaurant. I have to tell you, I was really proud to see him and his restaurant grow. I was also really happy for him during this time because unlike his time owning gas stations, he wasn’t getting called out of bed at midnight (as often) to deal with things like robberies, staffing mishaps and irate customers.

Now my grandfather on my mother side, who will be referred to as Nonno from here on out had some similarities and some differences in his small business journey. One was around school. My grandfather was taken out of school in Italy in the equivalent of grade 2 to be a shepherd on the farm.  After the war he moved to Sudbury where he became a miner. Like my Dad, my Nonno could tell you lots of stories about dirty hands. Working in the mines is bad for your hands,  bad for your back and bad for your lungs.  He never really liked it and I can’t say I blame him.  His stories about that time in his life were not pleasant but at least more pleasant than his childhood or the war.

When Nonno came to Canada he didn’t speak English and had no small business experience. So it was probably a surprise to him when he used the money he had saved to buy a hotel.

I can really vividly remember him saying things like, “What the hell did I know about starting a motel in Canada? I couldn’t even speak English.”  Truth be told I don’t even know if he knew how to make his own bed at that time, let alone the beds of thirty other occupants. Did he know how to use a ledger? Did he know about advertising? Supply flow? Cash flow? What about all those things they teach at the business help centres now? Probably not.

His first hotel in St. Catherine’s went well enough that he was able to move to Brantford and buy another. My Nonno came here with some small business experience now under his belt and ran the Four Star Inn on Colborne St successfully and later other hotels too.  The Four Star hasn’t been in the family for decades but every time I pass by it I think about my Grandfather. So when Lucas, Andrew and I started The Brant Advocate last year, the stories of my father and my Nonno played through my head, specifically how they handled the often stressful business of a small business. We went in knowing it wouldn’t be easy.

On May 26th 2011, I was introducing Lucas to his first ever bowl of lemon prawn soup at My Thai and he brought up the idea of what would eventually become The Advocate.  During that conversation he looked up at me and said “What do we know about starting a paper?” It’s like I could hear my grandfather saying “What did I know about starting a motel?” I knew right then and there I was in and we were on the right track. I was pretty sure we would learn a lot and we did. Almost immediately. We learned from the things we did right and more importantly the things we did wrong.

Starting this publication meant the three of us had to figure out a lot, and we are still learning. Thankfully we’ve been able to learn from so many others who have helped us over this last year and bought into the mission of what we are trying to do. Over 100 local people have contributed to The Advocate in some way. Whether as a small business venture or a community development project that number represents some amazing buy in. Everyone on The Advocate crew has made what you are holding in your hands better than it was before they got there.

It’s been a lot of work it’s also been a blast. We get to go to almost 400 other small businesses every month to make deliveries. (yup, that’s how we deliver our 10,000 copies every month) and I hear their stories and I learn that in this community there a lot of small businesses that lookout for each other, that want each other to succeed, and want the city and this region to be as vibrant as it can be.

And there are also detractors, there are those that are suspicious, that see things that aren’t there, and it can be troubling but at the end of the day you have to just let the naysayers nay and continue to focus on the work of making your small business better.

There have also been some very valid complaints. I think only a stupid person or a stubborn person doesn’t want to improve. And while we don’t get everything right I hope we’re neither stupid nor stubborn. I know that each month that has gone by we’ve learned more and we become happier with the product you are reading right now. Whether it was learning more about how to distribute this (thanks Jeff) or more about the web and new media (thanks Roger and Robert) or even about the content that this community wants to see and hear (thanks to everyone who has approached us with suggestions). We still look to improve and hope we do each month.

There’s so many awesome things that happened this past year like random submissions that we’ve been able to print, the stories or photos or videos that have brought readers to tears, or the stories that have motivated people to try something new, something different, or something they just didn’t know was available in the region.

It’s been a great learning experience but one of the things I’ve learned, is that my Dad was wrong about one thing. There’s nothing wrong with coming home with dirty hands. I think about that every time I come home from making deliveries and my hands are black and smudged and dirty from The Advocate’s newsprint ink like my dad’s were those many years ago.

A good thought to start the next year with.