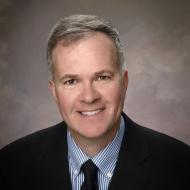 Federal election 2015, pundits tell us, will be a battle over the middle class. The “woes” of this “downtrodden” group, PostMedia journalist Michael Den Tandt claims, will constitute “the new Great Canadian Debate”.

He may be right: according to Environics Institute, six in 10 Canadians self-identify as middle class. No party can afford to ignore their money worries – stagnating pay, struggles with debt, fear of hardship that for many seems one or two missed paycheques away.

Another two in 10 Canadians constitute the next biggest voting bloc. All have little, zero or negative net worth. Living on the edge, many in this group suffer in poverty, basic needs often unmet. To witness: nearly four million Canadians – including 1.1 million children – experienced food insecurity in 2011.

Thus, eight in 10 Canadians are under moderate to severe financial stress. What politicians propose for alleviating the pressure may decide who governs next. So let’s resurrect an idea whose time has come.

It’s called basic income, known also as guaranteed income. The concept is simple – a regular payout of money from government to citizens with few, if any conditions attached. Notably, there is no work requirement.

The core of the idea is to ensure a floor of income sufficient to cover the basic needs common to all, with no relationship to whether one is in the paid labour market.

Here are just three reasons why basic income makes more sense today than ever before.

First, we have overwhelming evidence that poverty injures infants, children, families and our whole society. A compelling business case arises: basic income can anchor anti-poverty action and be an essential measure for health, learning and prosperity strategies.

Second, much is also known about the harm of income inequality. The chasm between rich and poor is enormous, made famous by the One Percent whose average earnings in 2010 ($381,300) were ten times the norm. Fairer taxation and greater redistribution, through basic income, would help reduce this unconscionable gap.

Third, the labour market has become deeply precarious while the link between work and reward has weakened. Fear of joblessness and deprivation drives many in the middle class to do what they do – scurry about, exhausted, trying to make ends meet in a world of diminishing financial returns. The rat race comes at gigantic cost including stress often causing individuals to break down and families to break apart.

Basic income can provide comfort – a sense of calm – that one’s basic needs will be met. It affords greater reflective time so that we may make work and other life choices truer to our nature. Indeed, for the great psychologist Erich Fromm, it was the capacity to enhance human freedom that made basic income so vital a policy to support.

Is basic income a pipe dream? No. Alaska has paid basic income to most residents of the state since 1982, equitably distributing shares of the state’s oil revenue. In the largest scheme on the planet, Brazil has succeeded in reducing poverty and improving educational outcomes by issuing basic income to some 11 million families with young children.

Switzerland may also embrace basic income: citizens there will soon vote in a national referendum on whether adult residents will receive a proposed 2,500 francs (CDN$2,855) per month.

Canada has several programs approximating basic income. Though imperfect, the Canada Child Tax Benefit, for example, has strengthened the financial floor for families with children under 18. Old Age Security and Guaranteed Income Supplement have done likewise for seniors.

What is most needed now is to expand upon such programs while introducing basic income for working-age adults.

The idea of basic income has much in its favour. Support for it can be found across the political spectrum, from left to right.

The concept, however, is controversial. Major concerns include feared cost to the treasury and whether basic income renders a labour disincentive.

The evidence on labour is encouraging. Basic income experiments in North America in the 60s and 70s, including one in Manitoba (which also led to significant health and education gains), suggest negligible workforce impact. More recent evidence from overseas suggests basic income can lead to greater work engagement.

On cost, remember, we are paying dearly for ruinous poverty and bruising inequality. Basic income amounts to one of the smartest investments we can make in the well-being of people, at a cost of maybe two to three percent of Canada’s GDP.

Indeed, no less than Canada’s own John Kenneth Galbraith, a towering economist of the 20th century, said that, “A rich country must give everybody the assurance of a basic income. This can be afforded and would be a major source of social tranquility. Let us always keep in mind that nothing so denies liberty as a total absence of money.”