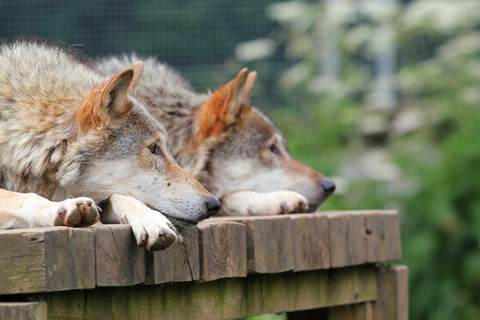 I’ve been an Anglican minister in Brantford for almost three years now. I have made wonderful friends and have developed a love for the city and its people. I enjoy my walks, especially in the downtown, as I witness its renewal. Typically, during these walks I’m wearing my clerical collar and I’ve found that it not only identifies me as a clergy person, but also as a target. The constant request for money or food aside, I have been a target of hostility by those who have been hurt by the Church, the Anglican Church in particular.

The first of these occurrences was last year around Good Friday. I was on Facebook and I made a religious comment on a friend’s page; what was to follow I definitely was not prepared for. My friend’s Native friend read the post and it triggered something within him. He replied with the Anglican Church as his target, the Church’s sins were brought to the fore. Words of suffering and humiliation, accounts of physical, emotional, sexual and cultural abuse. Then came the words that seemed to pop from the screen – Residential Schools, a very dark stain on my denomination’s past.

I could not fathom the pain, suffering and damage that this system inflicted. One which took Native children away from their families. In response I could have offered cultural and historical arguments as an attempt to dull the edge of our past. I could have pulled out the Church’s resume emphasizing the good work that has been done in the name of Christ. Yes, I was close to pulling out the Mother Theresa card. Then, I paused. As I write this I’m reminded of a Native American story, the one titled The Two Wolves.

In the story a boy says to his grandfather, “a fight is going on inside of me, a terrible fight between two wolves.” He continued, “one wolf is evil – he is anger, envy, sorrow, regret, greed, arrogance, self-pity, guilt, resentment, inferiority, lies, false pride, superiority, self-doubt, un-forgiveness and ego. The other is good – he is joy, peace, love, hope, serenity, humility, kindness, benevolence, empathy, generosity, truth, compassion, forgiveness and faith”. He looked to his grandfather and said, “this same fight is going on inside you, and inside every other person too.” The boy paused and asked his grandfather, “which wolf will win?” His wise grandfather simply replied, “the one you feed.”

In my response I sought to feed the good wolf. I wrote, “I’m sorry for all the pain that my Church inflicted on your people,” I hit enter. Paused, then wrote, “I’m not personally responsible for what the Anglican Church did in the past. I write this as the son of Italian immigrants, but I am responsible for how I react to injustice now.” This is something I learned from this interaction.

When I see injustice, when I see people suffering, when I watch the news and see my Native brothers and sisters in Attawapiskat living in horrendous conditions, I will not, and my faith teaches that I must not, stand idly by. For this reason I, along with many others, were invited by Marc Laferriere to, “fast for change” (fast4change.com). As part of a rolling fast I went without food for twenty-four hours in solidarity with our Native friends to draw attention to the ways that systemic injustice continues to effect the First Nations people. As an Anglican priest, responsible for my own actions, I would like to begin to connect and learn from the stories, wisdom, and spirituality of the First Nations. I would like to be a part of the healing that must happen. In building relationships my hope is to create a context where mutual learning can take place. For this reason I am asking if any of my Native brothers and sisters would like to take me under their wing? I am asking for people to tell me their stories, impart their wisdom, and to act as a guide as I navigate the wonder that is the Native Culture. If you are willing to be one of many guides, I would like you to email me (pastor@counterpointchurch.ca). Together let us feed the good wolf.