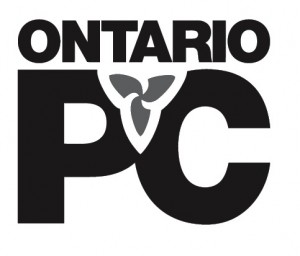 It is my great pleasure to be involved with The Advocate’s take of the provincial election. I believe that this publication has taken a fresh approach to informing you, the voters, about why to support a certain candidate in the 2011 Ontario Election. I had the pleasure of contesting 4 provincial elections in the old riding of Brantford from 1977-1987. It was my honour to serve 2 terms as MPP, and had the opportunity to serve as the Minister of Skills Development and Youth.

Before I was elected to Queen’s Park I had the privilege of working as a Research Assistant to Premier Bill Davis. It was at that time that I first got to know Michael St. Amant. Mike was running the Ontario PC research office at the legislature, and he and I worked closely on a number of projects. Our work together was during the minority government that followed the 1977 election, and as a result, a lot of what Mike and I were doing involved negotiating with other parties to see what votes were there for government to carry out its agenda. That included the privilege of working closely with Ontario NDP Leader Stephen Lewis.

It was apparent to anyone who knew Mike that he had a quick and decisive mind. He was able to see complex problems before any of the rest of us could. It was that quick and decisive thinking that made him such a valuable asset to the Bill Davis government.

I lost track of Mike when he moved on from Queen’s Park, taking a variety of posts at places like the Ontario Development Corporation and the Federal Business Bank. I always knew Mike had a strong connection to this community since his wife and her family are all from Brantford. So when we re-connected in 2010, it was no surprise to hear that he settled in Brant, and that he was working on several local Boards and committees, including the Economic Development Board.

When he first told me he was thinking about running, I was a little bit surprised. He’s not one to put up with a lot of B.S., and there’s a lot of B.S. in politics. He started to lay out his ideas for Brant, and I quickly found out that we were very much in-tune with each other on what we thought was needed to make life better here.

Michael, like me, is a moderate and practical Conservative. He’s a very compassionate guy who cares deeply for people facing problems many of us often face along the way. We talk about unemployment, health issues, and people on fixed incomes, and the fact that we need to bring prosperity back to Brant. I often tell him stories of the incredible things you can accomplish being at Queen’s Park. I tell him about working hard to get survivor pensions for Victims of Industrial Accidents and Industrial Diseases, which helped get 15 000 people the pensions they deserved. I talk to him about local infrastructure projects like Highway 403, the Braneida Industrial Park expansion, and the start of downtown development. I tell him that these are all things that a member works hard to bring to a community that tells us they need it.

As I look to this election, I know there are big challenges in front of us. We have to make tough decisions about the services we expect from the provincial government, and our ability to afford them. Michael brings a unique balance of Queen’s Park and business experience. I believe it is this balance that allows him to be the best candidate for Brant.

One Reply to “We asked Phil Gillies why PC on October 6th?”