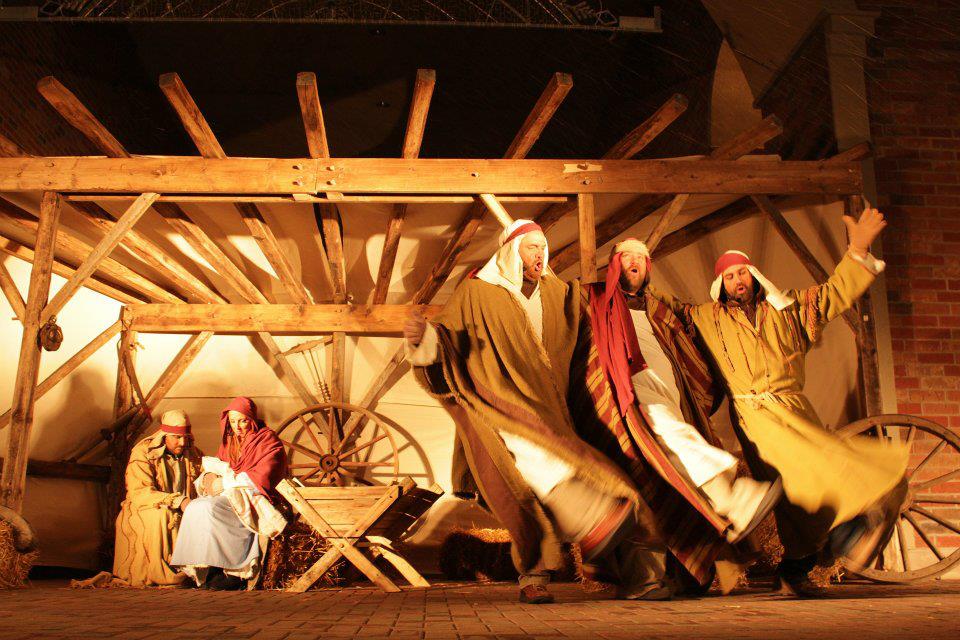 Some historical context is important at this point.

We used to drive around Brantford. Not in the let’s go see what’s happening in Brantford kind of way, but in the what a dump, let’s avoid going there at all costs kind of way. This dates back into the early 1990’s when we lived in Simcoe. My wife Sharlyss and a friend of hers, had come to Brantford to see a movie in the Market Square Mall and after the movie they were accosted by a couple of the locals. Sharlyss came home and, in a very matter of fact way, informed me that she was never going back to that city. So from that point on, our travel plans included carefully strategizing how we could drive around Brantford. We drove around it to get to Hamilton. We drove around it to go to London. We drove around it to go to Waterloo. Brantford was never again an intentional destination for us.

Fast forward to the late 1990’s. We had been living in Toronto since 1994 and we were now ready to relocate again. As was our custom. we prayed to get the mission from God. The conversation, after we prayed, is recorded above. Just so you know, the “1… 2… 3… Brantford” should be read, not in a happy, what a great idea God, kind of way, but rather an are you freaking kidding me God, kind of way. Perhaps right now you are thinking – “Beattie, it’s your first article in theAdvocate, ease in a bit.” Or maybe you’ve gone to, wow, this guy fell through a crazy tree and hit every branch – he actually thinks he’s on a mission from God – and not in the cute, cliché movie kind of way, but rather in the he thinks he’s been talking to the invisible man in the sky, kind of way. Take a deep breath and keep reading.

So, we moved to Brantford in the fall of 1998. Not long after the move, my parents came to town and after a visit to our downtown core they inquired if, in fact, a bomb had gone off there. As recently as October of 2006, Brantford hosted the production of the horror movie Silent Hill, with relatively little need to restructure our then horrific downtown. It is exciting to say however, that things are changing dramatically. Brantford is not a perfect city by any means, but it is significant to note that the narrative of the Brantford story is incredibly different now to what it was just a few short years ago. And the reason behind this is because people in this city decided to take ownership for the city and committed to the work to make sure it happened.

The call is going out to people from our city in various sectors – business, politics, education, the arts, media and the church to come together and work together… and it is happening. Our community is becoming a better place. There is evidence of this everywhere and the telling of these stories as heralded in media such as the Advocate becomes fuel to the passions of many, and the catalyst to bringing others to the transformational team.

For those who missed the eighties due to lifestyle (i.e. you were there, but don’t remember due to substance intake choices) or longevity (you weren’t alive then), the phrase: “We’re on a mission from God” was popularized in the 1980’s movie called The Blues Brothers. The story is a tale of redemption for paroled convict Jake (John Belushi) and his brother Elwood (Dan Aykroyd), who take on a mission from God to save from foreclosure the Catholic orphanage in which they grew up. To do so they must reunite their rhythm and blues band, The Blues Brothers, and organize a performance to earn $5,000 to pay the tax assessor (or at least that’s how wikipedia describes the movie).

Perhaps you’re not as predisposed as the Blues Brothers and I am in describing your motivation for following your passion as a mission from God. Wherever you get your inspiration however, the truth is, to take your thoughts from a dream to reality will take a lot of time, energy, planning, money, cooperation and hard work.

I posted the following two quotes as Facebook statuses after coming back from a two week trip to Florida in March.

One – I am more convinced now than ever that there is a transformation happening in our city. This transformation will affect every area of Brantford. We have a strong city!

Two – I am convinced more than ever that those who say city transformation cannot happen, will inevitably become the spectators who sit on the side-lines watching those with the dream, strategy and courage make it happen. We have a strong city!

The response from people all over the city was a resounding YES to both statements.

So, for the sake of a public statement: My name is Brian Beattie. I am a husband, a father and a Pastor AND I believe we have come to Brantford on a mission from God. Furthermore, I believe we are here to participate in the transformation of the city. And I will be so bold to say that I believe this transformation will affect every strata of our city and will become (in whole or in part) a template for other North American cities.

I’ll give the final statements to Jake and Elwood Blues:

Jake:”We’re on a Mission from God”
Elwood: “The Lord works in mysterious ways”
Jake: “Yup!”