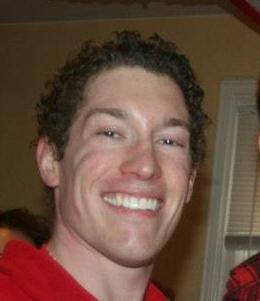 To start, I must conform– and confirm– my stance on the disgraced owner of the Los Angeles Clippers as disgraceful, fittingly enough. It’s not right how the owner of a basketball team, a predominantly African-American sport, can be racist against African-Americans– specifically against a man everyone respects, basketball legend Magic Johnson. As wrong as that was, the penalty against Donald Sterling from the NBA is kind of shocking in itself (and under full disclosure, I’m a middle-class white boy).

As I listened to the mysteriously “leaked” tape to TMZ from Sterling’s phone call with V. Stiviano, I sat tongue-in-cheek with utter disbelief. Is he really saying this?, I thought to myself. However, the owner did not drop the n-bomb. The worst thing he actually said was “those people” which invokes a problematic division of power in which African-Americans are lesser.

But, for one minute, let’s consider where Sterling is coming from. Born in 1934 makes him 80 years old. This was an era in which segregation was a major issue and society was very racist (lest we forget that Jackie Robinson broke the colour barrier in 1947, 13 years after Sterling was born). Thus Sterling, a Jewish-born white man, perhaps unknowingly, used his dated concepts of race in this recording. This was a case of an older man using outdated concepts of reality.

However, it’s not like this was a total shocker for the NBA. They knew Sterling was wired that way. The former NBA commissioner never penalized Sterling or rushed to straighten him out from his dated beliefs. Instead, the NBA appeared to simply tolerate the issue without imposing penalty.

The new NBA commissioner, Adam Silver, was forced to take swift action after the recording was leaked, because his players (African-American players make up 78 percent of the league, according to racial equality activist, Richard Lapchick) were threatening to walk out during the playoffs, which would not be good for any league. He then banned Sterling from any affiliation with the league and disbarred him from the Los Angeles Clippers, effective immediately, also dropping a $2.5 million dollar fine, the maximum possible under the NBA’s collective bargaining agreement. This was unprecedented action… but it was possibly the only just solution as far as the players are concerned.

Despite alienating an incredibly large group of people he employs in the process, Sterling broke no laws. Actually, the phone call recording was totally illegal in the first place. As a journalist, I know that for a phone call to be recorded, law states that both parties on the phone need to be aware that it is being recorded. Sterling may not know that he is a racist, but he definitely didn’t know that his call was being recorded. For better or for worse, Donald, it appears that “V.” (Stiviano goes by an initial), just may have set you up.

Of course, there is no conceivable way a man can own a basketball team being racist against the majority of players he employs. Next year the Clippers will be hardpressed to field a team (or floor a squad) after this mess. The NBA will find one way or another to force the owner to be vacated from the team and the league. How they intend to do this is anyone’s guess. I’m not sure there is a way to do so legally without the owner’s consent. However, the NBA must act quickly so the Clippers can remain in existence. It’s hard to think with a whole offseason for the NBA to act that any African-American player would play for a team led by a bigot, according to everyone who’s heard the recording.

The only solution that would appear to appease both sides is the sale of the team (the NBA can’t hold the fast-forward button down hard enough to get a sale done ASAP). The problem is, the owner seems reluctant to sell. However, consider that Sterling paid $12.5 million dollars for the Clippers in 1981, and now? Estimates have the winning bidder to be nowhere short of $2 billion dollars.

If the team isn’t sold now, and things are drawn out, this franchise is going to implode itself out of existence. I don’t think the NBA will allow a franchise to be destroyed, because that would lead to admitting a fail.

Again, that’s $2 billion (using a ‘b’ as in billion). I know you’re old school, Donald, but a one billion nine hundred eighty-eight million return on your purchase? That’s a nice flip.