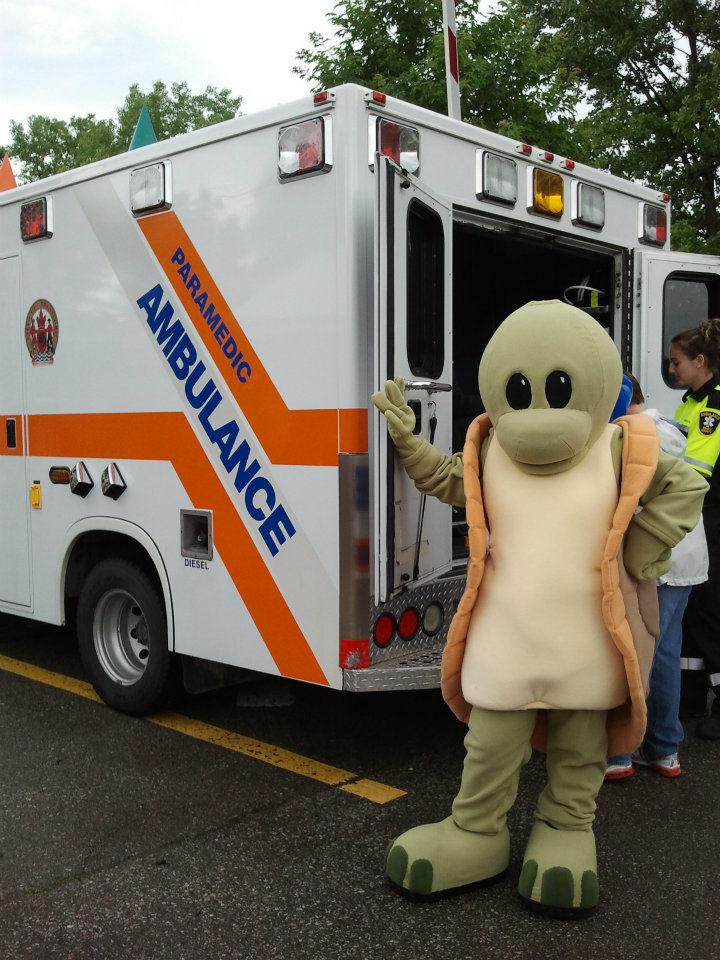 It was a nice sunny September day. A jazz band was playing in Harmony Square. People were laughing. They were singing. They were clapping along and tapping their feet.I was strolling through the crowd with Taylor the Turtle and a couple of friends. The Paparazzi was every where.

“Taylor, come stand by me.”

Taylor was posing with friendly folks. Giving out hugs. Sharing the message of Peace, love and compassion. It was a friendly day. A peaceful day. Until, POW! Which was followed by a gruff, drunk, miserable voice muttering, “I just had to punch that turtle in the head.”

So when someone punches your turtle in the head, what do you do? To be very honest, I have to shamefully share that my instinct was not one that reflected the values and virtues of the Peace Festival which was going on down the street at the time. My blue string of words would have made any sailor proud, but would have made Gandhi or Martin Luther King shake their head.

My boss, Joanna Brant, was the first responder in this crisis. Her response embodied all the love, hope and generosity that is needed to create real community change.

She simply said, “we are kind to our turtle friends.”

Sharing this story with many friends, most have had a response that is very similar to mine. They are in awe of Joanna’s poise and grace under fire, especially when I reveal the human identity of Taylor. Taylor is a 12 year old girl.

I have worked in various communities, and I have a theoretical and experiential understanding of how complex people’s lives can be, and how they can find themselves in situations they never could believe would happen – such as punching a turtle in the head. It is hard when you are on the receiving end of inappropriate behaviour to contextualize it in the history of that person’s life, becoming a delicate balance of protecting your own rights and self, while having compassion for another person.

It’s like not knowing that Taylor was a 12 year old girl that day. We often operate based on what we are seeing at any one moment. That man only saw a turtle with a giant head, which seemed to be an open invitation for his fist. He did not know there was a young girl inside. Would it have changed his behaviour if he had known? If he had humanized the turtle, would he have instead said hi?

This man is a lot like the identity of the turtle. I do not know this man and what lead him to be passing through the Jazz Festival, stumbling drunk at one o’clock in the afternoon, punching turtles in the head. Joanna did think in a kind way. She did consider all the possible moments in this man’s life that lead him to punch a turtle, just adding to the long list of reasons why Joanna is a role model to me.

I am not suggesting that we excuse and ignore people’s hurtful behaviours. I believe people need to be responsible for their actions, but perhaps sometimes they need a bit more assistance because they do not have the skills, experiences, and resources to be able to act kindly. So I am leaning quite heavily on these ideas of living, both in thought and action, from a place of kindness and compassion as one way to begin creating community change. Joanna’s simple statement of kindness may have had a greater impact on that man then if we had berated him with unkind sentiments. Obviously, we will never know.

For some reason this moment has really resonated with me, leading me to consider the ways compassion is a practice and a mindset. It requires us to have a strong voice that is not invasive or volatile, but is assertive and supportive. The question of ‘When someone punches your turtle in the head, what do you do,’ is a philosophical quandary with many outcomes and considerations, and it is one I wanted to share with the greater community as we come into the holiday season.