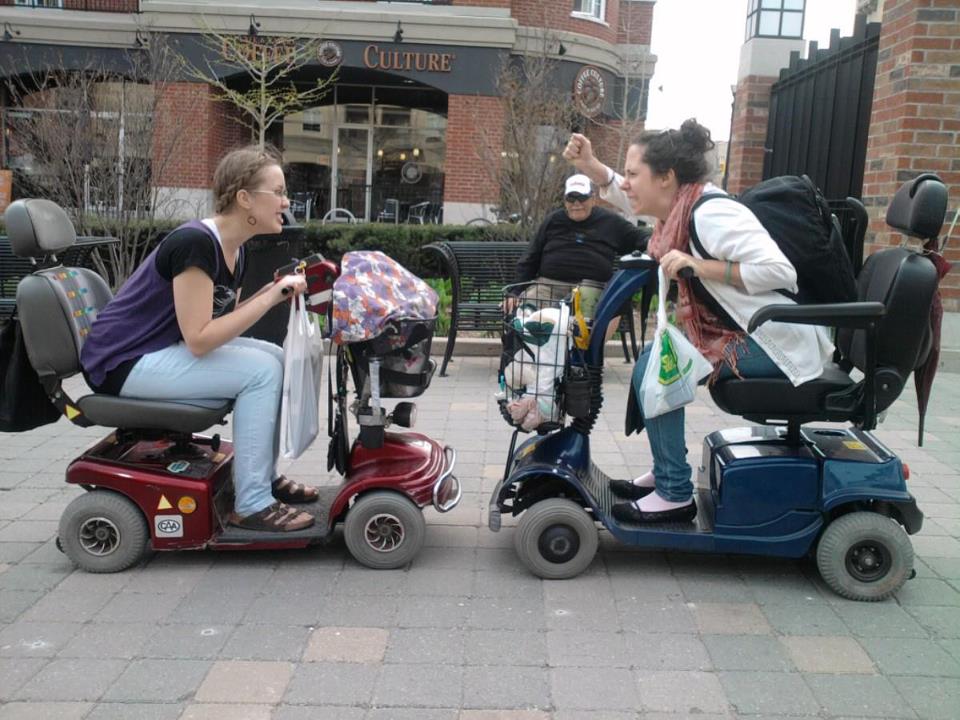 So it’s May (in case you hadn’t noticed). I’m done university, and I’m still in Brantford. What’s the deal? Well, I will tell you. The following is an explanation of why I haven’t moved back to Toronto.

Jump back to 2007. I was 17 when I applied to attend Laurier-Nipissing Brantford. Why this school? I liked the program, and I didn’t really care where I ended up, as long as it justified me moving out of my parent’s house but still close enough to visit my family.

August rolled along and I realized that I hadn’t even visited this place that I would soon be calling home. So, early one morning, my mom and I drove the hour and a half from Toronto to take a peak at my future.

I attempted to look optimistic with a weak smile as we entered the downtown area. The sight of numerous closed down small businesses made us both cringe; it’s a sore spot since my dad runs a small fish and chips shop in Toronto. Unfortunately, there seemed to be scant signs of life and I began to worry for my future.

September came, and I moved all my clothes, my new laptop, and a few other things into Grand River Hall, and listened as some upper year students told my classmates and I stories about the city that sadly reinforced the fears I already carried.

My perspective on Brantford gradually darkened as a person from my residence was jumped and drug dealers chased my friends and me. It hit an all-time low one night in 2008 when one of my close friends got beaten up by eight other guys, and nobody in the neighbourhood bothered to call the cops, despite the noise.

Only a couple months later, though, I began to see things in a different light. It began with my introduction to Why Not City Missions, a drop-in centre that primarily caters to homeless and at-risk youth. I met people, who care about the city and about the things that affect it. I had met people who care.

As time went on, I met more and more people who not only cared but were passionate about, and devoted to, seeing positive change in Brant. The best part was, they were outside of my university community. Of course, there were professors and students, but there were also community organization managers, volunteers, politicians, religious leaders, educators, and proud Brantfordians. They changed my life.

Whereas a long time ago, I didn’t know what to say when asked about what I thought of Brantford, my answer now is instantly, “I love it!” It is simply incredible to be witness to the change that is taking place, even in the short few years I have been here.

Downtown, for example, has been completely rejuvenated, and at each event in Harmony Square I see more and more people coming from the North end, the county, and even out of town all together. Why? Because Brantford is awesome.

Because my passion is development and community building, this is the perfect place for me. I get to be one member of the team of stellar people who care enough to sacrifice for good things to happen here.

I am finished school, but I want to stay here. There is something cool going on in Brantford, and I want to be a part of it. What do you say? Think I can pass for a local? It’d be an honour if I could.

Besides, I have to stay. I’ve never seen the sprinklers in Harmony Square!