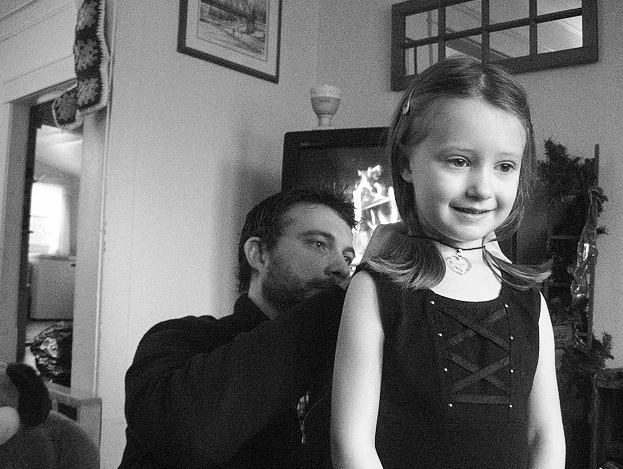 “Christmas is a necessity. There has to be at least one day of the year to remind us that we’re here for something else besides ourselves.” ~Eric Sevareid

I’m sure you’ve heard, said, or even thought this during the Christmas chaos: “We all already have everything we need. I don’t need your gift and you don’t need mine. Let’s stop giving gifts.”

It’s hard not to be tempted to think this sometimes because of the cultural rut we’ve gotten ourselves into. But I don’t believe that stopping giving is the remedy to the ailment. It’s merely a visceral reaction. Dig deeper. Giving is integrally woven into Christmas. The verse in the Bible that almost everyone can recite is John 3:16: “For God so loved the world that he gave his one and only Son, that whoever believes in him shall not perish but have eternal life.”

Giving. But not JUST giving. Giving extravagantly, intentionally and sacrificially to a culture of people who thought they already had everything and didn’t need this gift. This gift was so good, and was so confrontational to man’s perceived self-sufficiency and pride, that culture has never been fully able to process it. This season is ALL about giving and it’s always comes with the temptation to treat gifts incorrectly.

Even The Magi came to celebrate the birth of a peasant baby into a cow’s food trough by bringing expensive, impractical gifts. Illogical, but the beauty of their story continues to be passed down and still opens hearts.

Years ago, U2’s Bono was coming back from a very long tour. On Christmas Eve, he went to St. Patrick’s Cathedral in Belfast. He recalls the revelation he had that day about the value of the Christmas gift.

“It had dawned on me before, but it really sank in: the Christmas story. The idea that God, if there is a force of Love and Logic in the universe that it would seek to explain itself is amazing enough. That it would seek to explain itself and describe itself by becoming a child born in straw poverty, in shit and straw… a child, I just thought: “Wow!” Just the poetry. Unknowable love, unknowable power, describes itself as the most vulnerable. There it was. I was just sitting there, and it’s not that it hadn’t struck me before, but tears came down my face, and I saw the genius of this, utter genius of picking a particular point in time and deciding to turn on this. It’s actually logical. Essence has to manifest itself. It’s inevitable. Love has to become an action or something concrete. It would have to happen. There must be an incarnation. Love must be made flesh.”

Incarnation. An ethereal feeling or belief expressed as a THING. Hope coming alive. Here are a few ways I think we make gift giving and receiving a little more effective this Christmas:

1) WANT to give: In our culture we spend too much time ignoring and disregarding each other to let a season of  GIVING go by and not let it change our hearts. Don’t think of people as lists. Think of them as they really are. An important person in need of an incarnation of love. It’s not about rich or poor. A human is a human is a human.

2) Think about your gift: It does the soul wrong to just pick out some random, insignificant piece in a store and give it because you have to. Really think about what would tickle someone’s fancy. Something that would really communicate your feelings for them. It doesn’t have to be expensive. It could be words that you’ve never spoken. It could be time. OR it could be a Macbook. The thing doesn’t matter; the spirit of it does.

3) Humble yourself to really receive: You’re likely going to be getting a gift this year from someone who can’t afford to give you something, but they will give because they love you. Don’t say “oh you didn’t have to” and feel guilty. They have intentionally given you a gift that cost them something. Humble yourself and receive it. Acknowledge the warm feeling you get as divine and let it inspire you.

4) Give to someone who doesn’t deserve it: This one is powerful. Think about how The Grinch warms your heart and makes you tear up a little. The Who’s were totally robbed blind on Christmas Eve. But they heaped love on someone who didn’t deserve it. It broke The Grinch’s heart and caused it to grow. THIS is what a Christmas gift can do.

I’d like to invite you to The Living Nativity, two show nightly December 16-18th in Harmony Square. Come and see for yourself the greatest example of generosity our world has ever experienced and let it inspire you to fully participate in the spirit of the season.