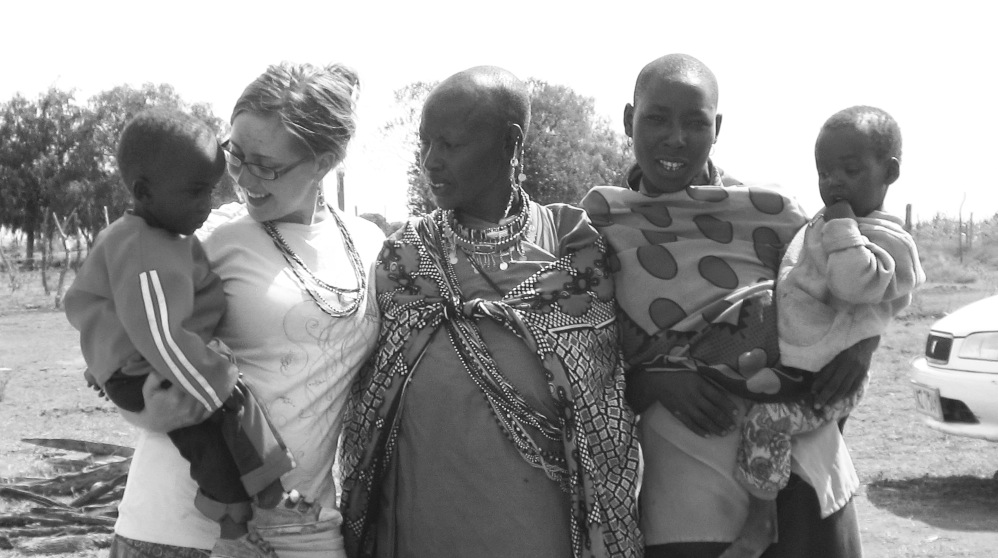 Listening to her story was one of the most humbling things I have ever done. As I sat with her sipping chai tea from tin cups in her cow dung manyatta, I realized just how different our worlds really were.

She and I are both twenty-two years old. We are both the first-born daughters in our families. She loves to laugh, but she is also compassionately receptive to the struggles being fought around her. I don’t know her name, but she redefined the way in which I view my position in the world.

Shortly after reaching puberty, she was married to a man who proved to be an abusive drunkard, an unfortunately common scenario in the Maasai villages I visited in southern Kenya. One of her five children had passed away. She had been run off of her husband’s property and was living on her father’s land with her children and her brother’s wives. As an illiterate woman with the ability to speak only her tribal language and with no marketable skills, she explained how difficult it was to feed her children. She is a bit of an innovator, and told me of her plans to start selling vegetables along the roadside to afford school fees for her kids.

As I held my pen, writing down some notes about her story, I realized just how different our lives were. I’m in my fifth year in the Concurrent Education program at Laurier-Nipissing Brantford. My main concerns are getting my assignments finished, ensuring I have the funds to continue being a student, and doing my volunteer work. I only have a vague idea of what it is like to live in true poverty or to be abused by a spouse or to have children to protect and feed. I cannot imagine what it would be like to be humiliated by being turned from my marital home or to lose a child to a preventable disease. It’s just not the kind of thing that goes on in my life.

I had the incredible opportunity to stay in Kenya for three months thanks to the International Opportunities Grant offered by Laurier Brantford combined with some grassroots fundraising efforts. I was hosted by a missionary-community development non-governmental organization called Maasai Evangelistic Association. With them, I was able to serve in free mobile medical clinics, able to lead some computer training, and able to do some administrative work before doing course work in the form of the research that served as a catalyst for my presence in this woman’s manyatta in the first place.

Now I’m back in Brantford trying to make sense of it all. My friends and acquaintances come from a mix of demographics and socioeconomic statuses, and a significant portion of my time is spent working with members of the population who tend to be somewhat disadvantaged. Before my stay in Kenya, all I had to do was try to fit the differences between their lives into a plan entirely based on my North American experiences. Now it’s a global thing.

Seeing the alcoholism, abuse, poverty, neglect, and the general state of depravity in Kenya made me realize how these problems are not isolated.

That Kenyan woman, along with all the other women with whom I spoke, live in a country marked by rapid development. Despite the benefits that this has had for many members of that population, some people still get left behind.

In that sense, it’s no different here. Some inevitably get left behind when the rest move forward. I’ve been asked many times if I’ll return to Kenya. I have no idea if I will, but if I don’t, it’s not for a lack of empowerment to fight the social problems that plague the Maasai people. It’s just that these problems are universal.

The hopelessness, the desperation, and the poverty exist here, too. In many cases, it is to a different degree, but in some cases, it’s not. Due to circumstances over which they have no control, women my age, in my country, live with addiction, with abuse, with homelessness, with financial burdens, and with a hopelessness that is not easily cured.

I’ve literally been blessed more than I could describe. Reconciling that knowledge to these experiences both in Brantford and in Kenya is an ongoing process, but I hope to use them for as much good as possible.