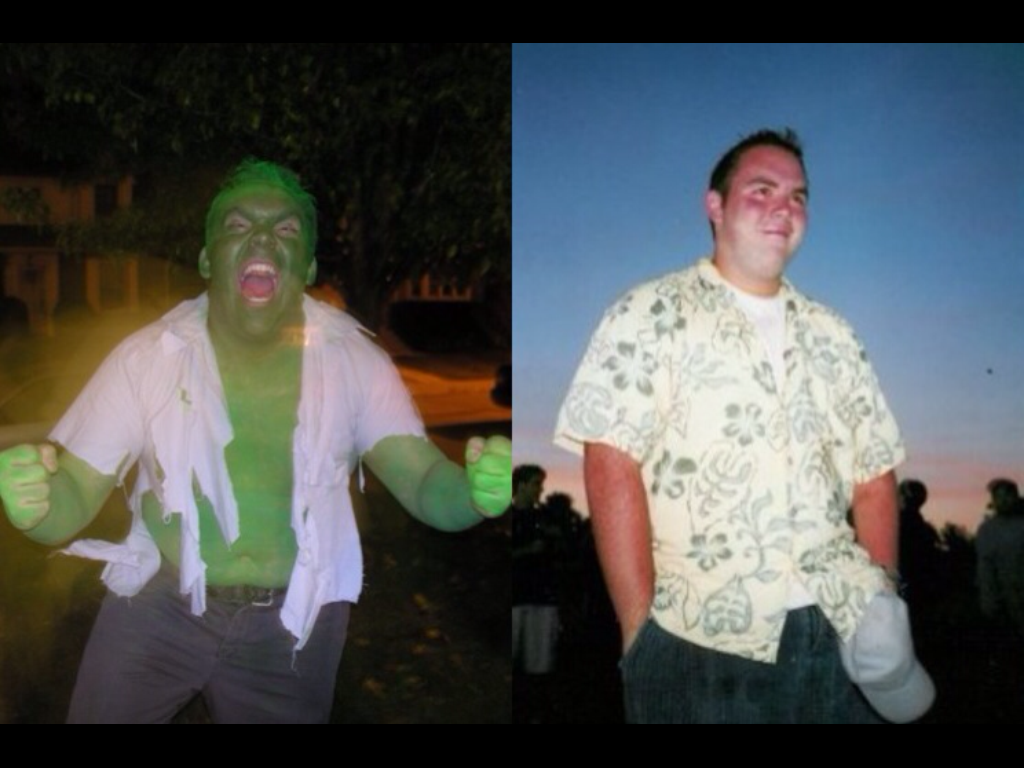 It’s the beginning of the year and all I can think about are beginnings. It’s amazing how they happen. Sometimes, you can’t even tell that something is a beginning until years later. This happened to me just recently, and when I made the connection it really took me aback. I was asked to speak at my old high school last month. We started talking about my own high school career, and some of the paths I was lucky enough to take. In the course of the conversation I realized that the actions I took one morning in grade nine, might have been the most important of my personal life.

I’m going to tell you a story. It sounds implausible but it is 100 percent true. What happened? I stood up to a bully. I know, I know, this sounds like a cheesy self-help book but it really isn’t like that. This isn’t one of those stories about overcoming bullying where all these good things happened in some immediate way, or because I learned something abstract about self-esteem and how to stick up for myself. Although those are all very common and very good things that happen when we stand up to bullies, this just isn’t that kind of story.

No, this is more like that old James Burke TV show Connections where we learned how the creation of a candle led to the invention of the first crude espresso machine, which led to the copper filaments that allowed for manned-space travel in the 50’s… or something like that.

In grade nine I was being bullied pretty badly. There was a kid in my math class, let’s call him Nick. Nick was a big kid. I was a pip squeak. Nick was a few grades older than us and a really big guy. Did I mention he was big? He was, and he scared me. I was being teased for weeks in class by this guy. Then the physical stuff started. He’d knock my books over, then check me in class or bump my desk when he walked by so that it crashed into my chest. Then all that stopped. I don’t know if a teacher had talked to him but all the overt physical stuff died down and he had replaced it with Catholic School Eraser Torture.

What’s that, you may be wondering? It’s a term I coined for what happened to me for the next three weeks.

Sometimes 30 or 40 of these bits were thrown at me in a single class. It didn’t hurt, but it still made my face red. I hated it. He sat behind me and I knew everyone in class was witnessing this, day in and day out. But what were they to do? Nick was one of the biggest kids in school, let alone the biggest kid in a Grade nine class. I was afraid to look back to see him, or to see anyone making eye contact with me. I was ashamed and embarrassed.

Then I had an idea. I couldn’t say anything but I could write it. So for three days I just wrote in my blue and black binder all of the things I would say to Nick if I was a bigger kid, a tougher kid, and a braver kid.

And then one morning I just had enough. My heart started pumping and my face turned redder than the other days. I said to myself, “if this guy throws just one more thing at me I’m going to say whatever’s written in this binder.” As you can imagine, he threw another piece of eraser. I can still remember exactly how it felt hitting my left ear. It’s been 17 years and just thinking about it gives me a sense memory. It’s like when you’ve been wearing headphones too long and you take them off. It still feels like they’re on your head.

I read the last sentence I had written in my fantasy binder where I was a bigger, tougher, braver kid. Except now, I could feel myself standing up, turning around and pointing at Nick. A voice I could swear sounded a lot like my crackly little grade nine voice screamed “F%#K YOU, YOU CORN SHUCKING JACK OFF.” For the record, I wouldn’t recommend this as an anti-bullying measure to any 14 year old at any Catholic school, or any other school for that matter.

It’s funny to think about now, but in that class that day no one was laughing. Especially not Nick, myself or the teacher. Suddenly other students got up and started telling the teacher that I had been bullied and picked on for weeks. I remember a kid named Andrew who was a pretty tough guy himself standing up and pointing at his eye while telling the teacher he was, “an EYE witness.” Nick and I were thrown out of class. In the hall he said he was going to beat me up and I got in his face and told him to look at the size of him and the size of me, and that the only time he could have beaten me up and not looked bad was when I swore at him, but that was 10 minutes ago and he hadn’t done it. Instead he had backed down and tried to tell the teacher it wasn’t true and that he shouldn’t have to get kicked out of class or suspended.

He just looked at me angry and stumped. I don’t think he knew what to say. I don’t think either of us could believe what I had said. Where did this come from? I couldn’t tell you, as we both marched down to the office wondering where this would go next.

There is a lot more to this story but we’re out of space for this month.

Stay tuned, next month we’ll see how young me gets out of this one, finds his way into social work, meets his best friend, and finds his wonderful life partner.