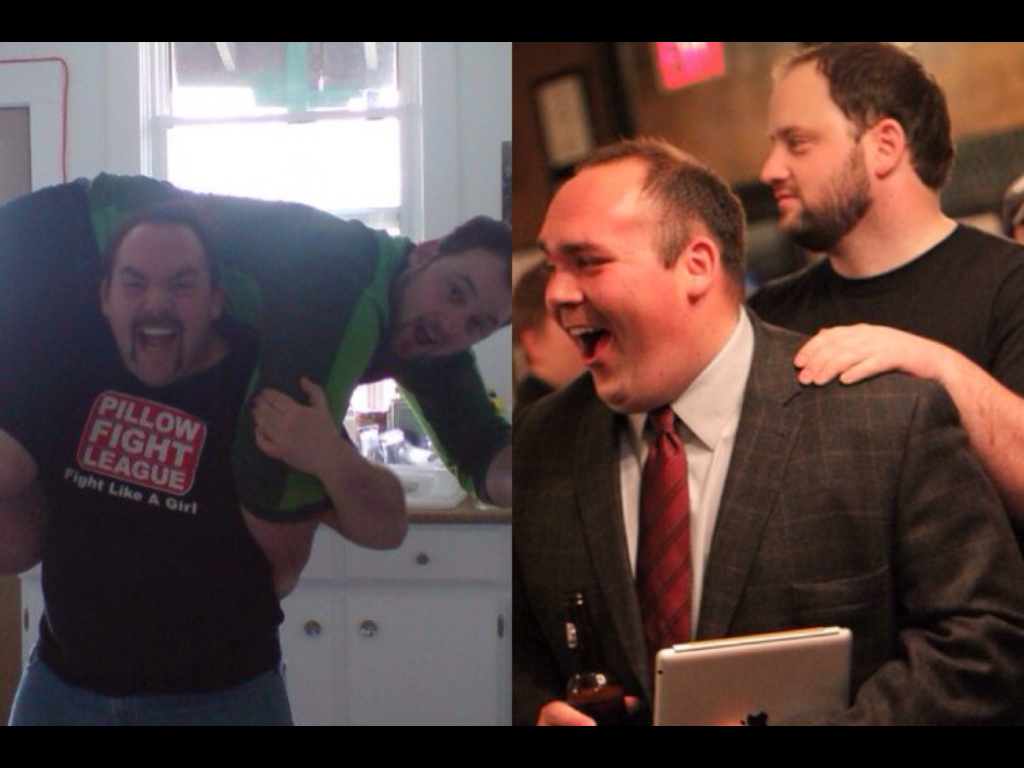 In my last column we talked about beginnings, and how sometimes beginnings are connected to events in our past in nearly imperceptible ways. For example, I was in the midst of relating to you how standing up to a bully who threw erasers at my head every day in Grade 9 led me directly to my career in social work, one of my deepest friendships and also connecting me to my wonderful life partner Rebekah.

So to quickly recap, I stood up in class and swore at this much older, bigger and stronger bully. We were kicked out of class. I told him off again when he threatened to beat me up. We were marched down to the office aaaaaaaannnnnnnnnd ACTION:

We arrive in the office and were immediately whisked away to separate rooms. My room was the vice-principal’s office, but it wasn’t the vice principal who walked in (thankfully as she scared the bejeezus out of me). Instead, in walked a woman who introduced herself as the school’s Child and Youth Worker. I had no idea what this meant, which is ironic as I later became a CYW and now teach CYW’s at the college level. At the time, all I could think was that this woman was sent to make children and youth work. Was this my punishment?

Well that’s not how it worked out. Instead she provided me with a little bit of counselling, told me I shouldn’t of sworn but also told me I was kind of brave for sticking up for myself. She then explained that the person who was bullying me might have been going through some stuff himself.

The name of that CYW was Flora Ennis. Flora is now the Director of Children’s Mental Health Services at Woodview Children’s Mental Health and Autism Services. Fourteen years after that random Tuesday morning I bumped into Flora at a meeting of the Brant/Brantford Roundtable on Poverty that I was chairing. We talked afterwards. She had remembered me from that morning I stood up to the bully, and had been impressed with how I chaired the roundtable meeting. She encouraged me to consider Woodview for my master’s placement. I did, and later Woodview became my first place of work in my career as a social worker. I love that place and the work they do with children and families. It was a very fulfilling start to a career I still enjoy.

Rewind back to the classroom 14 years before. There was another grade nine student who sat two rows behind me and to the left. His name was Dustin Newell. Dustin, as it turns out, was the only student from his elementary school to end up at Assumption. All his other friends had gone elsewhere. It was a lonely time and he was looking for someone he could connect with. Dustin was bullied often. He was tall but very skinny, with braces and slicked back hair… the kind of hair that only a Bond villain or an 80s teen movie villain had, where you could see the comb lines. He had an issue with his vocal cords too and it caused him to have a significantly higher voice than anyone in school. The kids called him Mickey.

He had seen me being picked on for weeks and was just hoping he wouldn’t be next. He had seen me stand up for myself too. Something clicked and Dustin thought to himself that we should be friends. We became best friends ever since, as well as co-presidents of our student council, volunteers on many projects together as adults and roommates in strange lands like the ever-exotic New Brunswick.

It worked out great for him too, as this skinny buck toothed kid with the high voice, he became a 6-foot 3-inch muscle-bound giant who is physically the strongest person I’ve ever met. I kid you not, he has lifted me up over his head with one arm just because he could. I also poked him in the eye on a dare once and it jammed my finger as he walked away laughing. Nobody bullies Dustin anymore and he has become an incredibly funny, confident, caring and dedicated father and husband (Hi Olivia and Kim!) as well as a successful salesman in the agricultural sector. We still see each other regularly and share funny texts, nearly every day. We talk about the same topics as we did back then too except for one, dating.

And that leads me to how I met Rebekah. She, of the soul mate variety! Rebekah and Dustin are relatives through marriage. At one time when both Rebekah and I found ourselves single, Dustin and his mother suggested we should talk to each other at a get-together that we would both be at and that we should think about attending Dustin’s brother’s upcoming wedding together. We did talk that night but we didn’t attend his brother’s wedding together. Instead we courted for nearly 2 years getting to know each other through Facebook (thank you Zuckerberg), snail mail (thank you Canada Post) and the rare in-person get together when we’d be in the same town (thank you WestJet) because we lived over 1400 kms apart. Within a week of moving back to Brantford we began dating. That was 4 years ago. She is incredible. I’ll save the rest of her and my story for another time. It’s a good one.

So there you have it. You just never know how things will start and where they can lead. I do know this: I’m very glad I stood up and swore at a bully on a random Tuesday morning in my Grade 9 math class. Couldn’t have worked out any better.