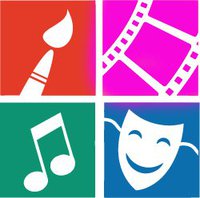 As someone who was born on the Six Nations reserve, and has spent most of their life in Brantford, I have many stories about this community to share that I have learned in the school of life. One of those is the story of how Arts After School Kids was born in this community.

As a youth I attended Joseph Brant Secondary School and, at that time, I was challenged with many of the issues youth experience. I didn’t know who I was, I was confused, and I wanted to grow up but didn’t know how. I began experimenting with drugs and alcohol, which took over my life for 30 years, and I missed out on the many rites of passages that youth experience while growing up.

One thing that did stay with me through the school years was a teacher I had, Miss Angie Todd. She did singing at the end of every day at school, and it was great! I also fondly remember choreographing a dance for the talent show, science classes, and any classes that were hands on and outside of the classroom stayed with me as positive memories. It was all arts-based activities that kept the spirit alive.

I have nine grandchildren and have been honoured to watch them mature and learn through the different stages of growth. In the neighbourhood, all of the children got my attention, not just my own grandchildren. They all were walking around with a spark of something missing in their energy. They were looking very bored, hooked on video games, not playing outside; part of the light they carried within them was very dim. What was missing? I was focused, and visioning what we could do for the children in our community to fill this void they appeared to have inside.

One day in April I was watching the Dr. Phil show, and he was showing great segments on foster children and many other success stories. But that was not what I was looking for. Then, in the last 10 minutes of his show, they showed Fred Martin and the Urban Institute, which featured youth singing and really enjoying and feeling the music. It struck me! That’s it! They need to be creative, and they need to tap into their creativity within to wake the spirit.

Following this epiphany, I approached the Principal at Bellview School in Eagle Place, Mr. Vern Payne, and I asked him if we could possibly do some learning through the arts with the students in the schools. He suggested it was very expensive and probably would not be approved. I went home to ponder some more on how we can offer the students some type of programming that would help to fill the void. In the meantime, while walking downtown Brantford, I ran into a lady who I had met during my schooling at Wilfrid Laurier in Brantford, Peggy Weston. Peggy had completed her

Masters at Laurier Brantford in Community Psychology and Community Development. We began chatting, and I said I had an idea. I told her that I would like to create a space for youth to play music. Knowing from my past that I needed something or someone to help me connect and tap into artistic abilities, this may have changed my life path. Peggy agreed that this was a wonderful idea and told me to go for it.  I returned to Bellview School, and approached Mr. Payne with a new idea. He made the choice to support me, and to allow me to create this space for the students ages 11-14 to explore the arts. The pilot program began at Joseph Brant School.

I was ecstatic and excited! Out came the flip chart paper taped to my living room walls and the brainstorming began. I was in contact with Mr. Fred Martin and shared my idea, and how I was inspired to go this route with the students. Because the students in this age group (11-14) gravitate to wanting to be in a rock and roll band, that is what was set up for them.

Simons. Wesley United Church, located in Eagle Place at the time, partnered with us to assist in Trillium Funding and to be a lead agency. We held fundraisers and performances at the church for three years. Then when Joseph Brant decided to close the doors for education of secondary students, AASK moved to Immanuel Baptist Church and began to pay rent, and insurance. We also this made the space available for students from Jean Vanier Catholic School in the Eagle Place area.

The pilot program consisted of acoustic guitars, keyboards, drums, and vocals from February to June of 2007. The program was incredibly successful, and laid the foundation that we have been building on for nearly 5 years. Stage two of the program consists of students participating after school twice a week for hands on learning and lessons. The program was free to students when we introduced it in 2007, and continues to be free to this day. Thanks to the dedication of so many incredible people, what started as an idea has become a reality!

The Arts are powerful. They have the ability to foster creativity in children, creativity that they never lose as they get older. With teaching of the Arts fading from our classrooms, so it’s our job as a community to teach our children about them.

I am one of many in this community who is doing my part to teach our children about the Arts. I hope more people will soon join us.

Join Gayle and the gang at Arts After School Kids on their Facebook group.

One Reply to “Youth With Potential: The Seed of an Idea – by Gayle Myke”